GAINFORD (St. Mary), a parish, in the unions of Teesdale, Darlington, and Auckland, chiefly in the S.W., but partly in the S.E., division of Darlington ward, S. division of the county of Durham; comprising the chapelries of Barnard-Castle, Denton, and Whorlton, and the townships of Bolam, Cleatlam, Gainford, Headlam, Houghton-le-Side, Langton, Marwood, Morton-Tynemouth, Pierse-Bridge, Stainton with Streatlam, Summerhouse, and Westwick; the whole containing 7,083 inhabitants, of whom 585 are in the township of Gainford, 7¾ miles (W. by N.) from Darlington. This place was anciently a seigniory detached from the palatinate jurisdiction of the county, and invested with several valuable privileges and immunities. It appears to have been indebted for its origin to Egfrid, Bishop of Lindisfarne, who founded a church, which in 830 he gave to the see, together with the lands annexed to it, and which continued to form part of the episcopal possessions till the commencement of the 11th century. The parish includes the market town of Barnard-Castle, and is separated from Yorkshire by the river Tees, along the north bank of which it stretches for many miles: the surface is undulated, the soil fertile, and the scenery, in many parts enriched with timber, is generally of pleasing character. The substratum near the river is principally gravel, and freestone of good quality for building is abundant; at Summerhouse, Morton, Langton, and Pierse-Bridge, are extensive quarries of magnesian limestone.

The village is situated in the middle of the river-vale, surrounded on the Durham side by rich meadows and wooded inclosures sloping gently to the Tees, on the other side of which the grounds rise rapidly, and are crowned by scattered woods. It forms an irregular square, with a level green in the centre, and contains many modern houses, extending along the high road parallel with the river. Gainford Hall, a mansion of the age of James I. or Charles I., is at the west end of the village, environed by old gardens and orchards. The living is a vicarage, valued in the king's books at £39. 6. 0½., and in the gift of Trinity College, Cambridge, to which the impropriation also belongs; net income, £768, with a parsonage-house. The great tithes of the township of Gainford have been commuted for £230, and the small for £164. The church has been frequently repaired, and is a handsome and regular structure, consisting of a nave, aisles, and chancel, with a tower; a gallery was erected on the north side by the late J. W. Elliott, Esq. There are churches at Barnard-Castle, Denton, and Whorlton; and in the village is a place of worship for Wesleyans. By the side of a hedge on the road between the village and PierseBridge, stands the pedestal of a cross, called White Cross. There are some mineral springs. Gainford was for many years the residence of the humble but industrious antiquary, John Cade, who died here in 1806. 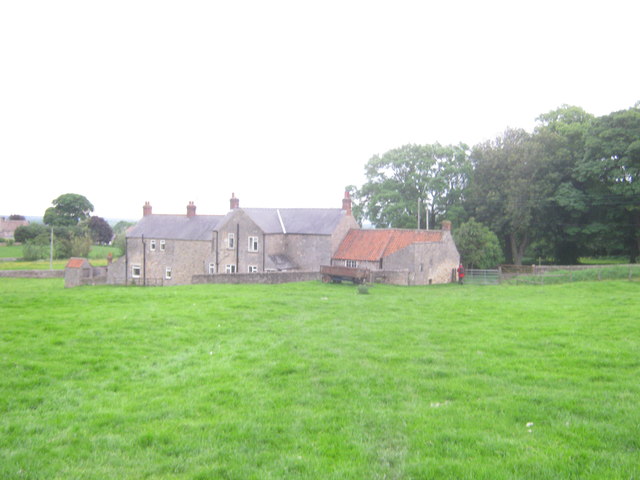 Barnard Castle, 1848
- BARNARD-CASTLE, a market-town and chapelry, in the parish of Gainford, union of Teesdale, S.W. division of Darlington ward, S. division of the county of Durham, 25 miles (S.W. by W.) ...

Westwick Township, 1848
- WESTWICK, a township, in the parish of Gainford, union of Teesdale, S. W. division of Darlington ward, S. division of the county of Durham, 2 miles (S.E.) from Barnard-Castle; containing ...

Barnard Castle, 1848
- BARNARD-CASTLE, a market-town and chapelry, in the parish of Gainford, union of Teesdale, S.W. division of Darlington ward, S. division of the county of Durham, 25 miles (S.W. by W.) ...

Westwick Township, 1848
- WESTWICK, a township, in the parish of Gainford, union of Teesdale, S. W. division of Darlington ward, S. division of the county of Durham, 2 miles (S.E.) from Barnard-Castle; containing ...