Denton is a village located about 5 miles north-west of the town Darlington. It falls within the Borough of Darlington in Tees Valley. Historically, Denton was a township in the ancient Parish of Gainford in County Durham. Today, the village and it's surrounding area form Denton Civil Parish.

DENTON, with Houghton-le-Side, a chapelry, in the parish of Gainford, union of Darlington, S. E. division of Darlington ward, S. division of the county of Durham, 5½ miles (N.W.) from Darlington; containing 119 inhabitants. Denton appears to have belonged to the Balliols, and was afterwards held by the Beauchamps and Nevilles, their successors in the honour of Barnard-Castle. The township comprises by measurement 956 acres of land, which, with the exception of the glebe, is wholly the property of Matthew Culley, Esq., of Fowberry Tower, in the county of Northumberland. Limestone of excellent quality for building is found here, and there is a productive quarry in operation. The Hall, an old mansion of various age and architecture, was probably erected for the most part about the time of Charles I. The village is in a sheltered situation, and watered by a small rivulet; it was once a town of some importance, and is said to have been burnt by Malcolm, King of Scotland, on his route to Cleveland: considerable vestiges of ancient buildings may be traced in the neighbourhood. The living is a perpetual curacy, in the patronage of the Vicar of Gainford, and has a net income of £50; impropriators, the Master and Fellows of Trinity College, Cambridge. The great tithes have been commuted for £136. 12. 5., and the vicarial for £63; there are 22 acres of glebe belonging to the vicar of Gainford, and 5 to the incumbent of Denton. The chapel, dedicated to St. Mary, was rebuilt by subscription about 1810, and enlarged in 1836.

Denton is a village in the borough of Darlington and the ceremonial county of County Durham, England. The population of Denton taken at the 2011 Census was less than 100. Details are maintained in the parish of Gainford. It is situated a short distance to the north-west of Darlington between Walworth to the East and Summerhouse to the West. Houghton-Le-Side lies to the North and Piercebridge to the South.

The village is home to approximately 18 houses, new and old, all surrounding Denton Hall Farm and contained within the vast Raby Estate. Most of the farm buildings are whitewashed. There are many local legends explaining this. The most common of these is that Lord Barnard was lost in the mist and sought refuge in a farm house. Believing it to be one of his own he demanded his keep, only to discover that it was privately owned. To prevent such a mistake occurring again he ordered that all his buildings should be painted white.

Denton Hall Farm is a mixed farm of arable and livestock. Horse racing / training is a large part of village life.

"Denton, it is believed, has had no less than four chapels at various periods, each one having to be replaced on account of the ruinous state it was allowed to fall into. The first chapel is supposed to have been of Norman Foundation, which gave place to an Early English edifice, this being entirely rebuilt in 1810, and of no particular style. During the rebuilding, an ancient stone coffin was discovered, supposed to be that of a Knight Templar, and later a cover of Frosterley marble of the same shape, and about the same size, with a sculptured figure of a female carved upon it, was also found. The following inscription in Lombardian French runs round the cover, Hic gist Aubrey de Coynners sa compayn - Here lies the wife of Aubrey de Conyers. The present chapel is a neat stone building in the Earky English style, consisting of nave and chancel, with a south porsh at the west end. The chancel fittings and pulpit are of oak and of good design. The chapel is built almost on the site of its predecessor, and will seat 100, having been built at a cost of £1400."

Text from Wikipedia, available under the Creative Commons Attribution-ShareAlike License (accessed: 12/07/2019).
Visit the page: Denton, County Durham for references and further details. You can contribute to this article on Wikipedia.
Tees Valley Borough of Darlington Denton Civil Parish Darlington 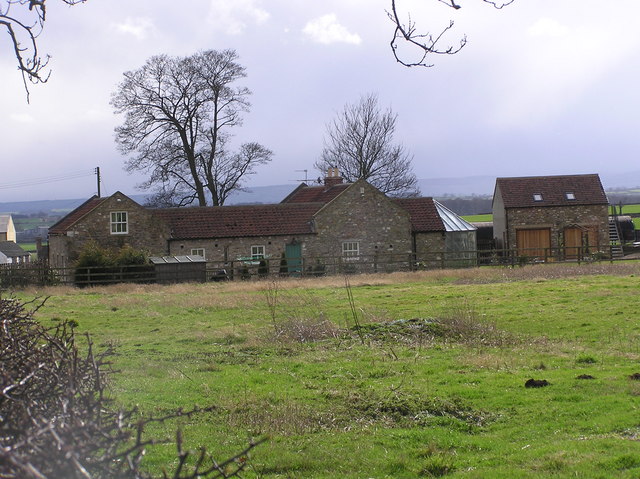 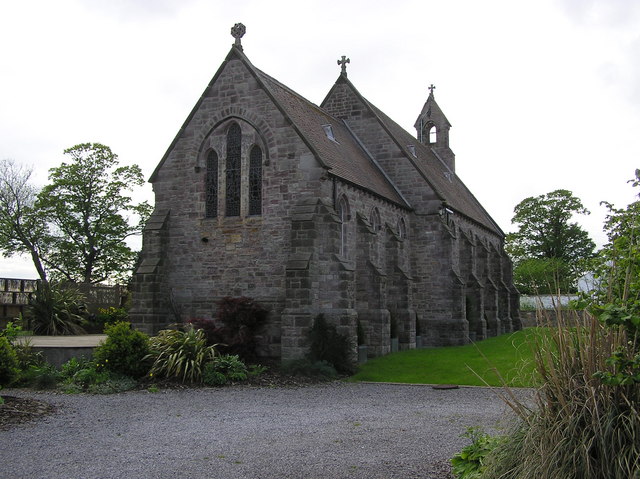 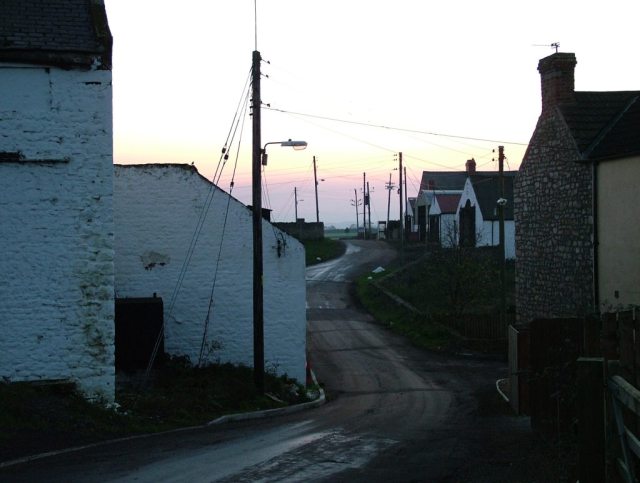