On the village green stands the base of an ancient cross; the stone called "White Cross," formerly in the road between this place and Piercebridge, and serving as a township boundary and as a resting place for funerals, has disappeared within living memory. On the coping stone of a garden wall opposite Paradise row is the following inscription: “T. G. from shop door over this wall He threw a Hammer with his teeth ;" the distance is over 8 yards. Two ancient stones, one bearing a plain and the other a floriated cross, are built into the wall of a cottage in this row. In 1864, during the restoration of the church, a Roman altar was found which had been used as the capital of the south-east pier of the tower arch; a portion of one side had been cut away, but the other side contains the figure of an eagle in high relief, holding a wreath in its beak: the altar is inscribed on the front with a dedication to Jupiter Dolychenus by Julius Valentinus: in the same year another Roman stone was found with the inscription, LEG. VI. V." and also one with the figure of a horseman carrying a hare or rabbit; these stones are now kept under cover in the vicarage garden, together with a coffin slab bearing a wide tapering shaft and four roundels between the arms of the head: these altars are figured and described in Lapid. Sept. 728, and by the Rev. H. M. Scarth in the Arch. Journal for 1866, and illustrations of most of the other stones of pre-Norman date here are to be found in Stuart’s "Sculptured Stones of Scotland," vol. 11.

In the reign of William Rufus, Gainford belonged to the Crown, and about 1093 the lordship was granted by him to Guy de Baliol, whose son, Bernard, the founder (1112-32), alienated a large portion to form the Honour of Barnard Castle: on the revolt of John Baliol, King of Scotland, this manor was seized and held for some time by Bishop Bek, of Durham, until in 1306, Edward I. demanded its surrender, and in 1310 the estates were granted by Edward II. to Guy Beauchamp, Earl of Warwick, in the 15th century; they are said to have been held by the Nevilles, of Raby, but appear more certainly to have remained with the Crown until purchased in 1634 by Sir Henry Vane kt. the elder, and are now held by his descendant. Gainford Hall, situated at the west end of the village, is the property of the Duke of Cleveland K.G. and now occupied by Mr. H. J. Raw: it is a gabled building of the Jacobean period, with a doorway on the south side, much enriched with carved fretwork, and bearing on the frieze the initials “I.C., M.C. and B.C. over the entrance on the north side are the arms of Cradock, and the inscription, "John Cradock, 1600," who was vicar here from 1593 to 1627; the interior retains an unfinished staircase, and one of the lower rooms is panelled in wood and has a cornice of fruit and flowers: near the house, which is surrounded by a high and ancient wall, is a circular dove-cote. Selaby Hall, the property of the Duke of Cleveland K.G. is an ancient building, situated on an eminence commanding extensive views of the surrounding country, and is now (1889) unoccupied. Snow Hall is the residence of Thomas Charles Johnson Sowerby esq. J.P. The Duke of Cleveland K.G. who is lord of the manor, the Earl of Strathmore and Alfred Kitching esq. are chief landowners. The soil is gravelly; subsoil, gravel. The chief crops are turnips, barley, seeds, wheat and oats. The area of the entire parish is 24,357 acres; the population in 1881 was 1,444: the area of the township is 2,150 acres; rateable value, £5,830; the population of the township in 1881 was 897. 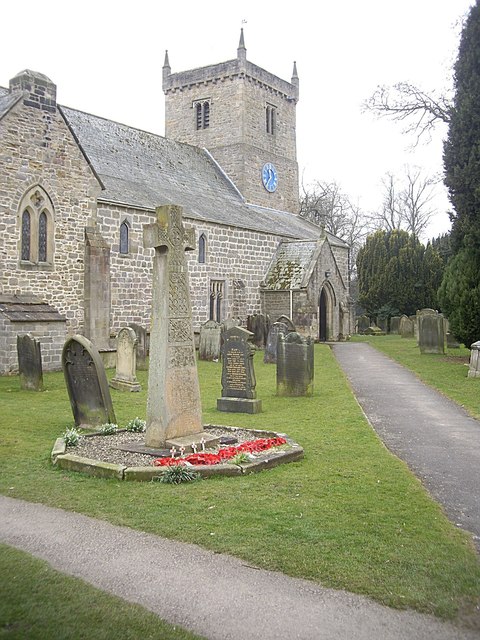 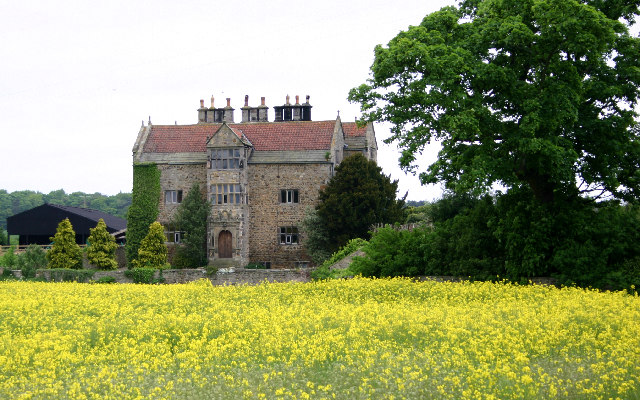 Gainford Hall
- Overview About Gainford Hall Map Street View Gainford Hall is a Jacobean manor house located at the west of Gainford, County Durham. The hall was built in c.1603 for John ... 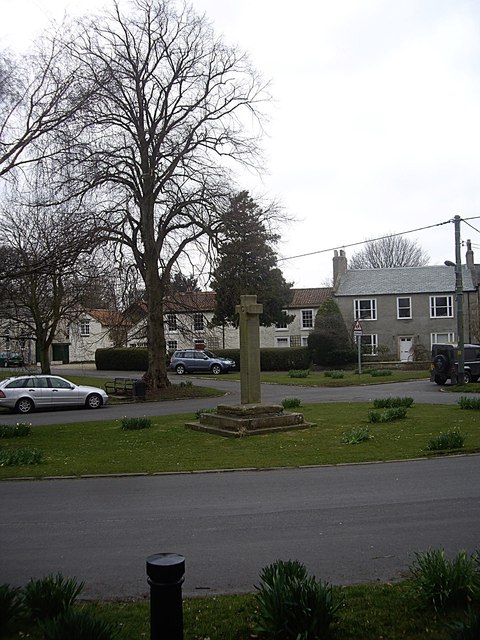 Village Cross
- A stone cross commemorating Queen Victoria's Jubilee located on the village Green at Gainford, County Durham. The inscription reads: "In thankful commemoration of the sixtieth anniversary of the accession of ...

Gainford Hall
- Overview About Gainford Hall Map Street View Gainford Hall is a Jacobean manor house located at the west of Gainford, County Durham. The hall was built in c.1603 for John ...

Village Cross
- A stone cross commemorating Queen Victoria's Jubilee located on the village Green at Gainford, County Durham. The inscription reads: "In thankful commemoration of the sixtieth anniversary of the accession of ...