The Devil's Causeway is a Roman road in Northumberland, in North East England. It branches off Dere Street north of Corbridge and can be traced through Northumberland for about  55 miles (89 km) north to Berwick-upon-Tweed.

The Devil’s Causeway starts at Port Gate, now a roundabout, where the Roman Dere Street (A68 road) crosses the military road.

To the north of Corbridge at a place called Port Gate, the Roman Dere Street crosses Hadrian's Wall as it continues north into Redesdale on its way to Caledonia. Another Roman road known as the Devil’s Causeway, joins Dere Street at Portgate, and can be traced north eastwards across Northumberland, to the mouth of the River Tweed at Berwick-Upon-Tweed.

Less than 1 mile (2 km) to the east is the Roman fort of Onnum, and it is probable that the Causeway was patrolled by a cavalry unit based there.

The fort at Halton Chesters was built across the line of the wall facing north, half way between milecastles 21 and 22 about east of Dere Street. The original Hadrianic fort was rather squat in outline, almost square, measuring some 440 feet north-south by 400 feet east-west, with an area just over 4 acres (c. 134 x 122 m; 1.6 ha).

A dedicatory slab from the west gate of the fort tells us that the Sixth Legion were responsible for the initial building work, but unfortunately, does not give us the name of the original garrison. It is likely, but not proven, that the Hadrianic unit was a cohors quingenaria equitata, an auxiliary force containing a nominal five-hundred men, approximately half of which were mounted. Units of this type have been identified at many Wall forts, and would have been ideally placed here, the infantry contingent to guard the Fort and Wall, and the cavalry to patrol along Dere Street and the Devil's Causeway to the north.

The road passes by Great Whittington then northeast to Hartburn where, just to the west, it crosses the Hart Burn, a tributary of the River Wansbeck. It continues to the east of Netherwitton where there is a much-discussed tower.

Devils Causeway Tower, Netherwitton, also known as, or recorded in historical documents as Highbush Wood. King writes 'Marked on some OS maps as tower but now considered to be remains of cottage.' SMR still records as 'site of tower'. Long records as 'remains of an irregular shaped tower.' This site has been described as a Pele Tower. The confidence that this site is a medieval fortification or palace is Questionable.

After Netherwitton the road passes to the west of Longhorsley.

A hoard of Roman coins discovered by metal-detecting enthusiasts on a farm near Longhorsley, Northumberland, could be evidence that entrepreneurial native Northumbrian settlers were recycling old bronze coins and making trinkets to sell back to soldiers in the Roman army, according to experts.

The hoard of 70 Roman coins – 61 sestercii and 9 dupondii — dates from the reign of the Emperors Vespasian to the reign of Marcus Aurelius (AD69–180) — a period when the Antonine Wall, between Glasgow and Edinburgh, and not Hadrian's Wall, marked the frontier of the Roman Empire, and for a short period, Northumberland, which had until then been barbarian territory, became part of the Roman Empire. The hoard was found close to the route of The Devil's Causeway, the main Roman road which ran north through Northumberland.

Roman expert Lindsay Allason-Jones, Director of Archaeological Museums at Newcastle University, where the coins are shortly to go on display, says: 'What makes this find unusual is that it dates from a period when there was no Roman fort close to Longhorsley, although there were a number of native settlement sites in the area'.

'From excavations in the area, we know that the Romans did recycle metal in a military context, and we also know that local farmers were working with bronze', says Lindsay.

'The discovery of a sprue – the metal which solidifies in the air holes of a mould – and the very worn faces of the coins in the hoard suggests for the first time that the native Northumbrians were recycling Roman coins to make artefacts, either for their own use or to sell to the Roman Army', she adds.

The road continues east of north until it crosses the River Coquet east of Brinkburn Priory where it starts to head west of north passing the western edge of Longframlington. North of Longframlington the road touches the A697 road then crosses it before passing west of Edlingham. Near to the village of Whittingham there was a fort at Learchild, from here a road headed west to meet Dere Street at Bremenium (High Rochester). Just north of the fort, the road re-crosses the A697 before passing Glanton and reaching Powburn.

By the road side a stiff half-mile eastwards from Powburn is Crawley Tower, a fine Border pele constructed largely of material from the Roman camp one corner of which it occupies. The station has been a strong one (its defensive ditch is still imposing) and probably guarded the crossing, near Hedgeley Station, of the Breamish by the Devil's Causeway.

At Powburn the road joins the A697 to cross the River Breamish and stays with it for . The road heads west of north passing Newtown before crossing the River Till immediately before Horton. At Horton the road continues as a C road for past Lowick.

The rural village of Lowick can be found in the northern part of Northumberland, 470 feet above sea level, approximately south of Berwick-upon-Tweed and northeast of Wooler. The ancient road used by the monks of Lindisfarne to Durham crosses the Roman Road called the Devil's Causeway here – it was at these crossroads that Lowick began to develop.

The road then passes through Berrington before heading towards Tweedmouth and the mouth of the River Tweed. 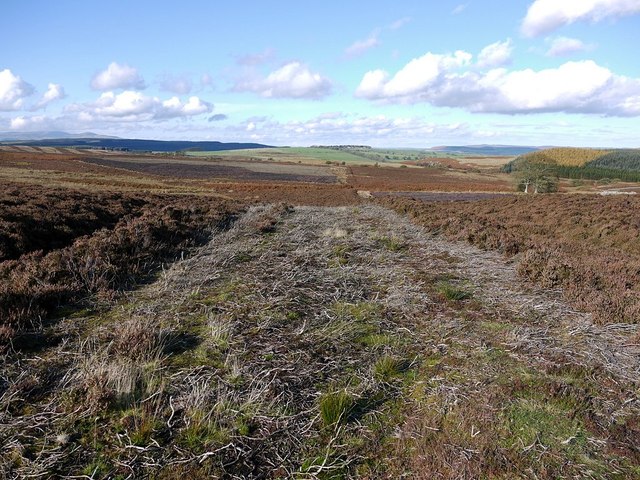 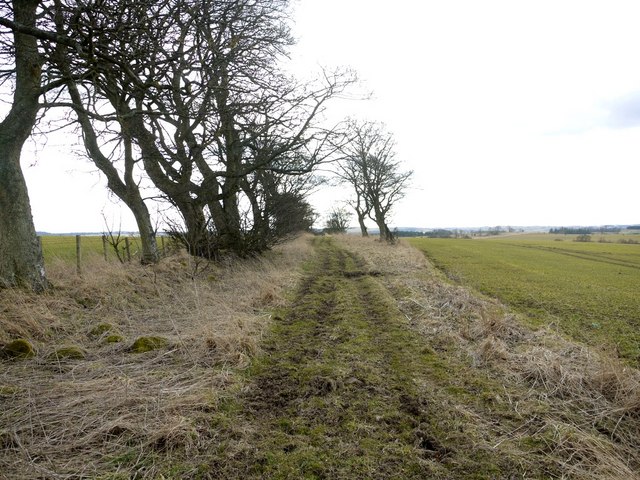 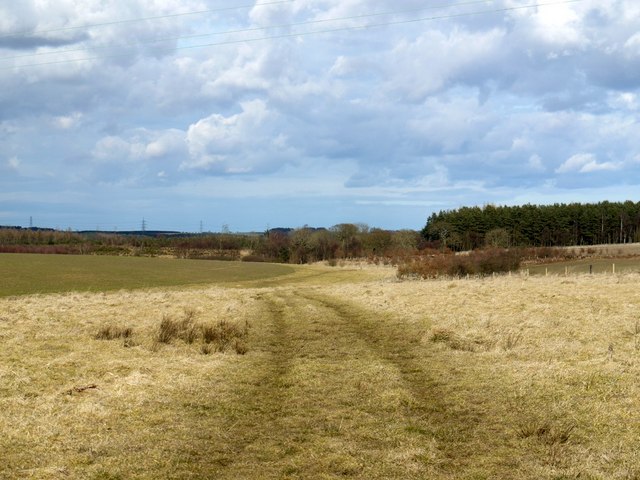 Bridleway on line of Devil's Causeway 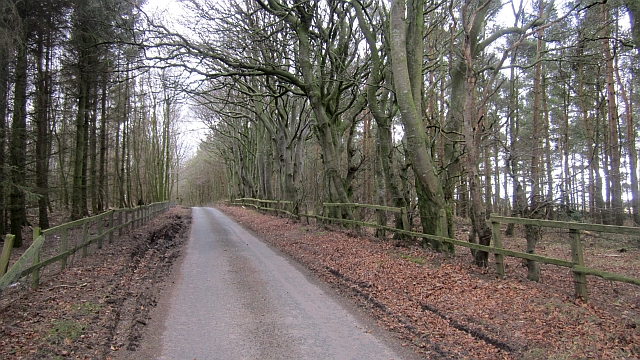 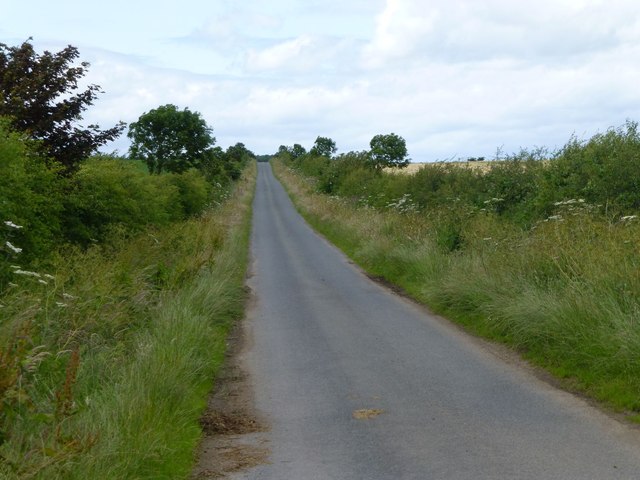 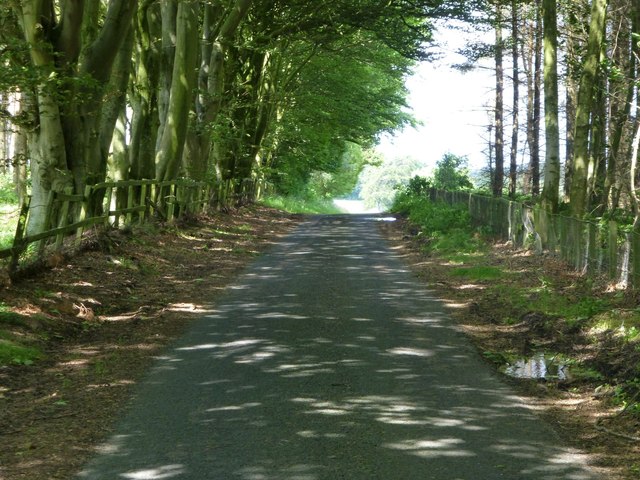 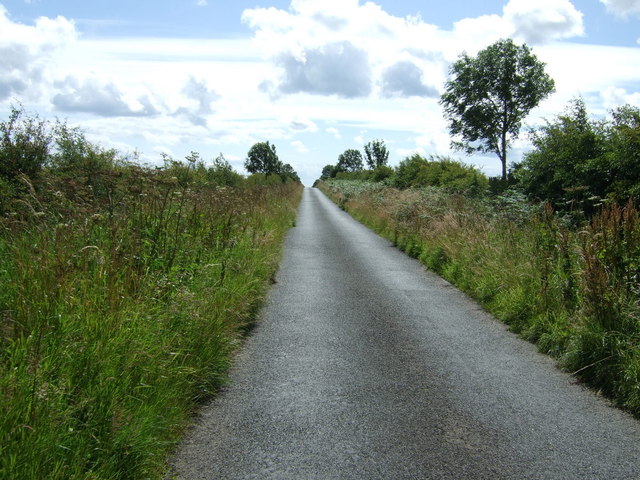 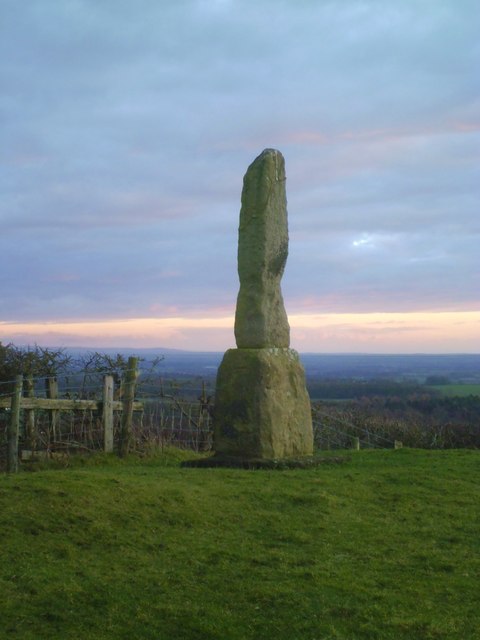 Dere Street
- Overview About Dere Street Dere Street was the Roman road which ran north from Eboracum (York) to Hadrian's Wall and beyond to the Antonine Wall in Scotland. The road connected ...

Bridleway on line of Devil's Causeway

Dere Street
- Overview About Dere Street Dere Street was the Roman road which ran north from Eboracum (York) to Hadrian's Wall and beyond to the Antonine Wall in Scotland. The road connected ...