Hartburn is a village and civil parish in Northumberland. The village is situated by the Hart Burn (river), and located about 6 miles west of Morpeth and 3 miles east of Scots Gap. Hartburn has a long history and notable historic buildings. The Devil's Causeway Roman road ran past the western edge of the village. St Andrew's Church in Harburn was established before the Norman Conquest of 1066, and largely rebuilt in the 13th century. Also, dating from the 18th century are the Old School House, Hartburn Bridge and Hartburn Grotto. Angerton Hall is located nearby, once owned by the Straker family, who also funded the prominent War Memorial in Hartburn.

Hartburn is a village in Northumberland, in England. It is situated about 6 miles (10 km) to the west of Morpeth. The population as of the 2011 census was 194.

The place-name 'Hartburn' is first attested in Charter Rolls of 1198, where it appears as Herteburne. The name means 'stag stream'.

The Devil's Causeway passes the western edge of the village, just before its crosses the Hart river (burn). The causeway was a Roman road which started at Portgate on Hadrian's Wall, north of Corbridge, and extended northwards across Northumberland to the mouth of the River Tweed at Berwick-upon-Tweed.

To the north of the village lies Hartburn Glebe, an area of woodland alongside the river Hart Burn currently in the care of the Woodland Trust. A grotto, also known as Hartburn Glebe, was constructed by an 18th-century Vicar of Hartburn (Dr John Sharpe) as a changing area for ladies wishing to bathe in the river. Near the grotto there are postholes carved in the stone of the river-bed, which show where the Roman bridge crossed the river. Leading down to them is a sunken track called The Cut, which has been claimed to be the true line of the Devil's Causeway – its actual route through Hartburn is disputed. Possibly there were two routes through the woods, both now marked by sunken lanes, the western one pre-dating the building of the bridge, and the eastern one post-dating it.

Dr John Sharpe also built the crenellated Tower House that overlooks Hartburn Glebe. It was built as a village school, accommodation for the schoolmaster, and as a stable for the parish hearse in 1745. The north face of the house is built in an 18th-century Gothic style whilst the south face, with its stairs up the outside, resembles a large Northumbrian bastle house.

The Old Vicarage in Hartburn is at heart a Northumbrian pele tower, with later additions including an 18th-century library wing added by Dr John Sharpe.

The field opposite the old school and school house shows evidence of there being an ancient settlement, and old folklore says that the large solitary stone is what is left of the ancient village cross. Another local folklore tale is that the deep water of the Hart downstream from the Grotto is where the village baker secreted his money in a chest; to this day this deep pool is termed 'the Baker's Chest'.

Hartburn War Memorial was designed by renowned architect Sir Edwin Lutyens to his War Cross design. It was commissioned by Mr and Mrs Straker of nearby Angerton Hall, whose gardens Lutyens renovated in 1904, and unveiled on 31 July 1921. It is a grade II listed building.

The village church is the parish church of St Andrew, a Grade I listed building, Norman architecture with some medieval alterations. Marks carved into the doorpost by the Knights Templar, who may have used the church in the 13th Century, are still visible.

In the churchyard there is "the best collection in the county of well-preserved C18 headstones, many carved on both faces. Cherubs, death's heads and various mortality emblems abound." 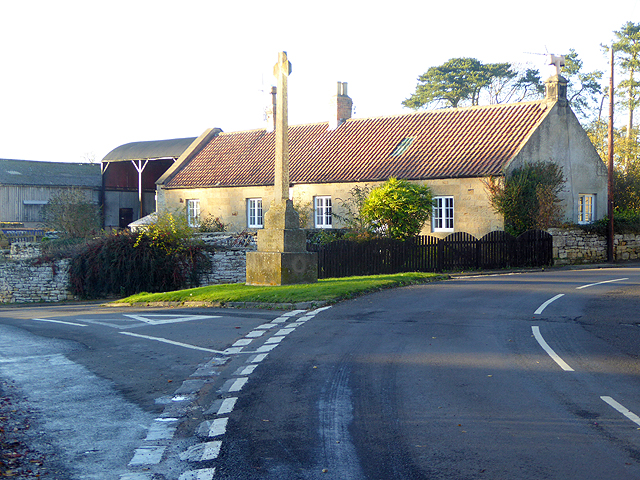 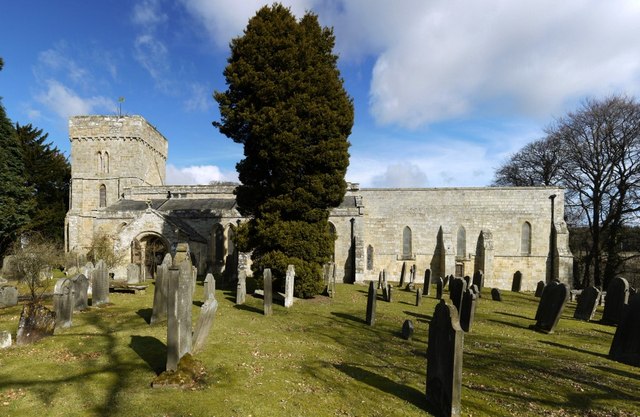 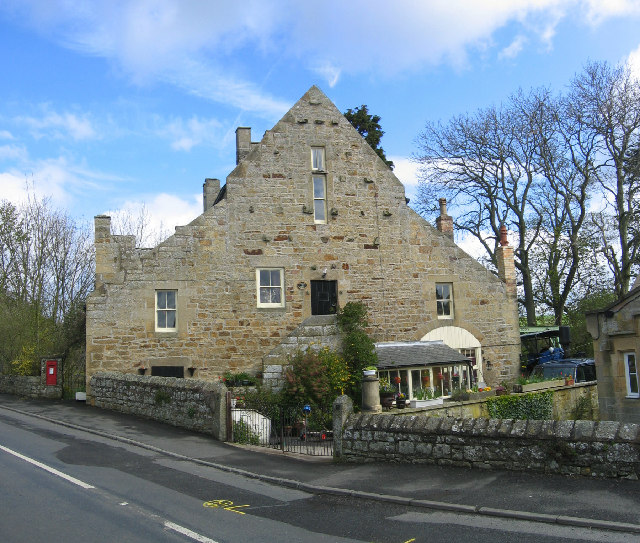 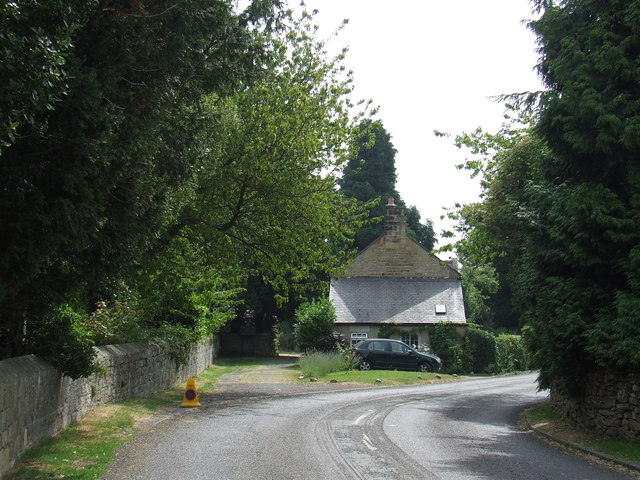 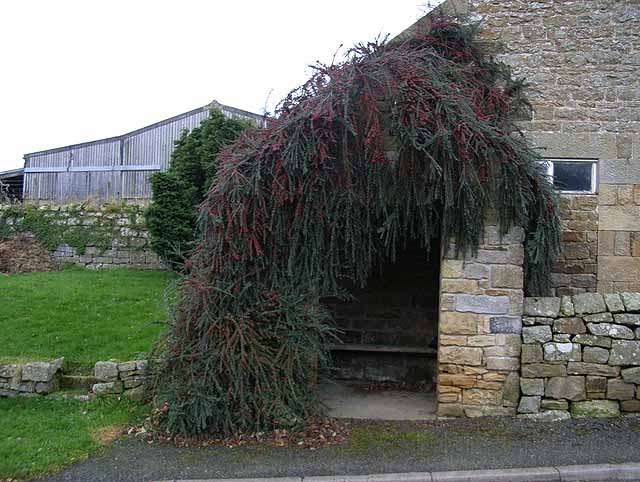 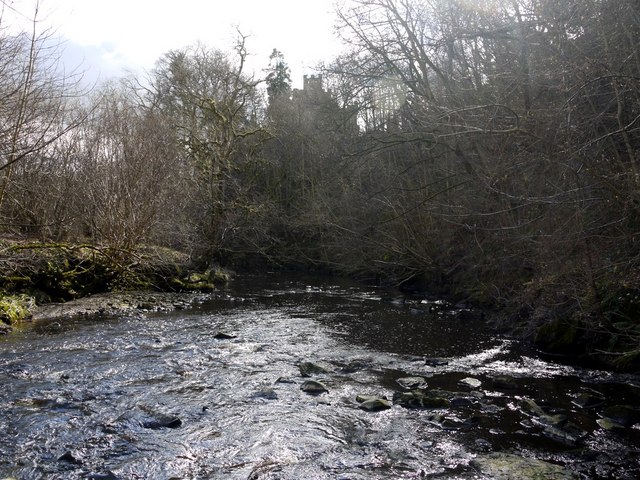 Hart Burn, gorge below the village 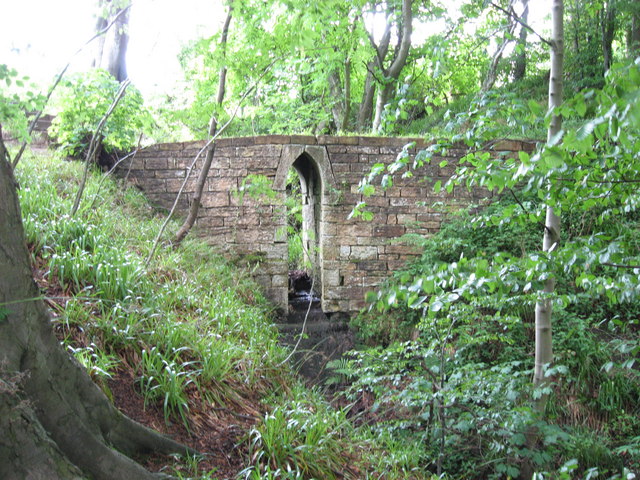 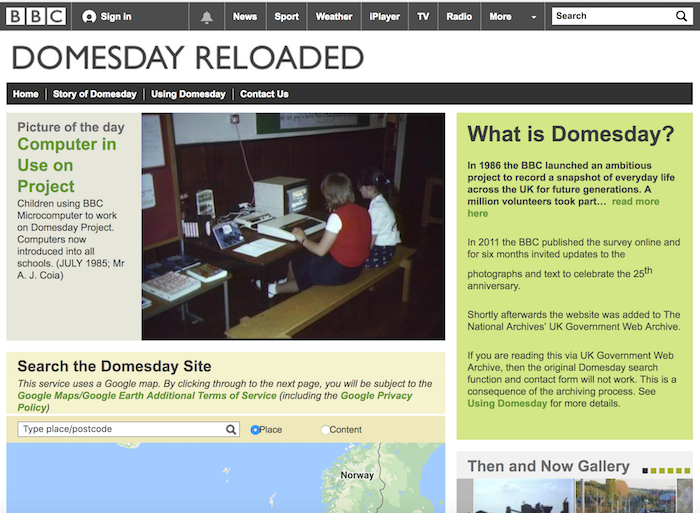 Hartburn Northumberland
- 1986: "Around Hartburn village is attractive undulating farmland dissected by the meandering Hart burn with its steep densely wooded banks.Cattle and Sheep graze grassland. Wheat, barley and rape are ... 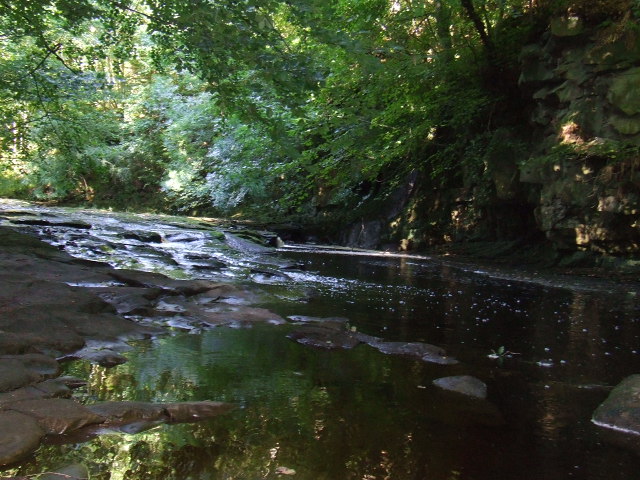 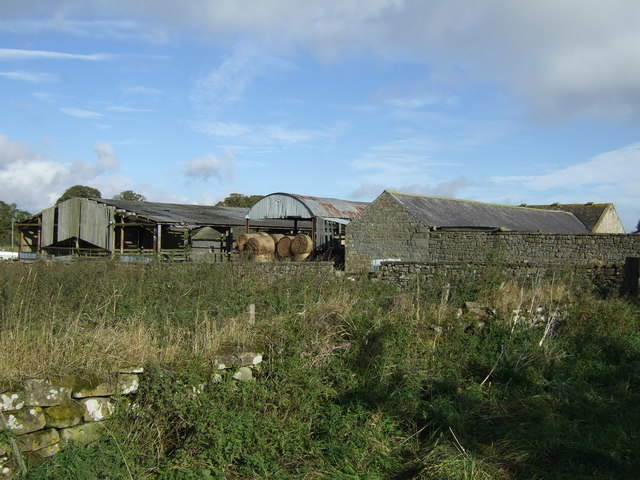 Hartburn Grange
- Overview Map Street View Hartburn Grange in Northumberland is a farm located about a mile and a half north-west of the village of Hartburn. It is located by Angerton Lake, ...

Hart Burn, gorge below the village

Hartburn Northumberland
- 1986: "Around Hartburn village is attractive undulating farmland dissected by the meandering Hart burn with its steep densely wooded banks.Cattle and Sheep graze grassland. Wheat, barley and rape are ...

Hartburn Grange
- Overview Map Street View Hartburn Grange in Northumberland is a farm located about a mile and a half north-west of the village of Hartburn. It is located by Angerton Lake, ...