What was written about Allendale in 1833:

ALLENDALE a parochial chapelry in Northumberland with a population of 5540 inhabitants in 1831 containing the townships of East Allendale West Allendale Catton and Keenly. The first of these comprehends the market town of Allendale irregularly built on the right bank of the East Allen brook which flows into the South Tyne about 10 miles SW of Hexham and 286 NNW from London. The chief employment of the inhabitants is furnished by the important lead mines in the neighbourhood or by the smelting houses and other establishments dependent upon them. The perpetual curacy of Allendale is in the gift of Mr Beaumont who is lord of the manor and proprietor of the whole of Allendale. The parish which is in the diocese of York has lately been divided into four parts with four places of worship of the Establishment viz the chapels of St Peter in the town of Allendale and of Ninebanks both rebuilt within a few years and those of East and West Allen recently erected for the use of the mining population. All these are in the gift of Mr Beaumont. There are also meeting houses for the Quakers and Wesleyan Methodists. A free grammar school was founded about the close of the seventeenth century and endowed by several individuals a subscription library was founded in 1825. The market is on Fridav and there are three fairs in the year.

Allendale, often marked on maps as Allendale Town, is a village and civil parish in south west Northumberland, England. At the 2001 census, the parish had a population of 2,120, decreasing to 2,021 at the 2011 Census. Allendale is within the North Pennines Area of Outstanding Natural Beauty (AONB) – the second largest of the 40 AONBs in England and Wales. The local economy is predominantly based on agriculture (notably sheep farming) and tourism, although of late it has become a popular commuter town for Newcastle upon Tyne.

Allendale refers to the "dale" or valley of the River Allen. Evidence of prehistoric settlement has been found on the surrounding moorland. In the 16th century this area, close to the Scottish border, was a lawless and troubled place. Fortified farmhouses known as 'bastles' were constructed to protect residents and livestock against reiver raids. Allendale has one of the greatest concentrations of bastles in the country and around 40 can still be seen, many as scenic ruins.

Local mining for lead has occurred since Roman times, with the first smelting mill being constructed in the 1600s. The significant growth of Allendale Town and the surrounding villages was fuelled by that of the local lead-mining and smelting industries in the nineteenth century. The remains of two flues from the former smelting mill (between Allendale and Catton) run to chimneys up on the fells high above the village. The smelting mill is now home to the Allendale Brewery and the Allenmills Regeneration Project.

In 1869, the Hexham to Allendale railway was opened to provide improved transport, but its opening coincided with a rapid decline in the industry due to cheap imports of lead. The last mines in the area closed in 1894 (although an attempt was made to re-open the mine at Allenheads in the 1970s).

With the closure of the lead mines, the population rapidly declined and Allendale became a popular tourist destination for Edwardian Tynesiders seeking a country escape. The railway was finally closed to passengers in 1930 and to goods in 1950 (when the local terminus was bought by the stationmaster and opened as a caravan park.

The town is famous for a New Year celebration where lighted tar barrels are carried on the heads of revellers called guisers. This tradition dates back to 1858. It appears to have originated from the lighting of a silver band that were carolling at New Year. They were unable to use candles to light their music due to the strong winds, so someone suggested a tar barrel be used. Having to move from place to place, it would have been easier to carry the barrels upon the guisers' heads, rather than rolling them. There have been claims that it is a pagan festival, however, these claims are unfounded.

The town or dale's name is referenced in Charles Jefferys' and Sidney Nelson's 1836 ballad Rose of Allendale, sung by Paddy Reilly, The Dubliners and many others, as well as in 'Lucy Gray of Allendale', a musical setting of the earliest known work by Cumbrian poet Robert Anderson.

Allendale is in the parliamentary constituency of Hexham. Local services are provided by Northumberland County Council.

Owing to its location, Allendale is a popular country-holiday destination. There are a number of holiday cottages in and around the village as well as a caravan park (holiday static caravans).

Allendale hosts a scout group and there is an active village hall that hosts regular events. Allendale Library is located at Dawson Place in the village square.

The local community is served both by the Anglican church of St. Cuthbert's and a Methodist chapel.

Allendale is located 10 miles from the A69 at Hexham. The village is served by bus service 688 to Allenheads, Hexham and Langley as well as by a local taxi & bus operator. The nearest railway stations are at Hexham and Haydon Bridge, on the Carlisle-Newcastle line.

Allendale has a thriving and friendly Primary School. Allendale Middle School was closed in July 2013 and 2 tier education came into force in September 2013. Allendale First School left their site on Shilburn Road and moved over to the previous middle school site on 6 November 2013 after a 4 month refurbishment.

Allendale Golf Club was founded in 1906, and the scenic course and clubhouse are located south of the village with green fees offering both annual and easy per-round playing opportunities.

Allendale Cricket Club fields two weekly teams and is affiliated with both the Northumberland Cricket Board and the West Tyne Senior Cricket League. The cricket ground is located just below the village on the riverside.

Each Spring, the Allendale Challenge is a popular fell challenge walk. Organised by North Of Tyne MRT the 25 mile route covers some of the finest peat bogs in the North Pennines on an anti-clockwise loop from Allendale town.

The Co-Op was named "North-East Rural Retailer of the Year".

Allendale Caravan Park holds a Gold David Bellamy Award and was awarded a Special Award for Conservation, one of only 14 in England.

The poet Philip Larkin and Monica Jones used to attend the 'Tar barrel' celebrations in Allendale, when they were staying at Monica's cottage in Haydon Bridge; they were certainly there in 1966 and again in 1970 and 1976. Larkin was, rather uncharacteristically, thrilled by it all.

Allendale is the home of climate scientist Nicholas Owens, former director of the British Antarctic Survey.

Allendale was the home town of sculptor Charles Sansbury until his death in 1989. 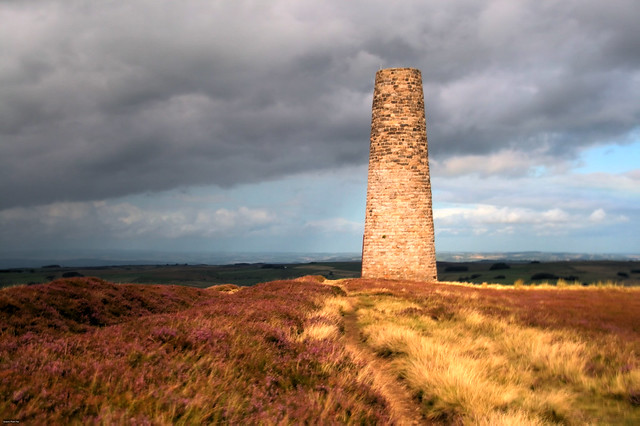 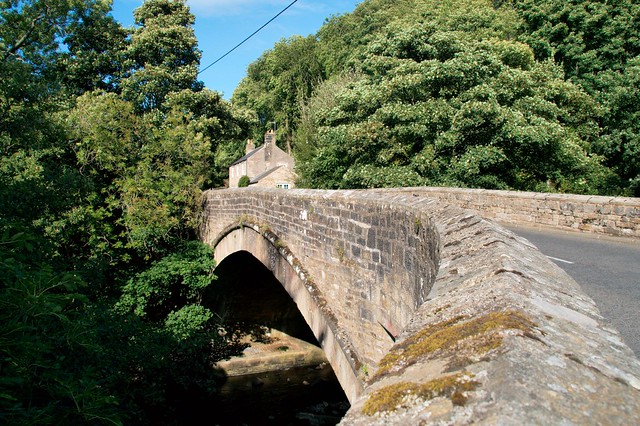 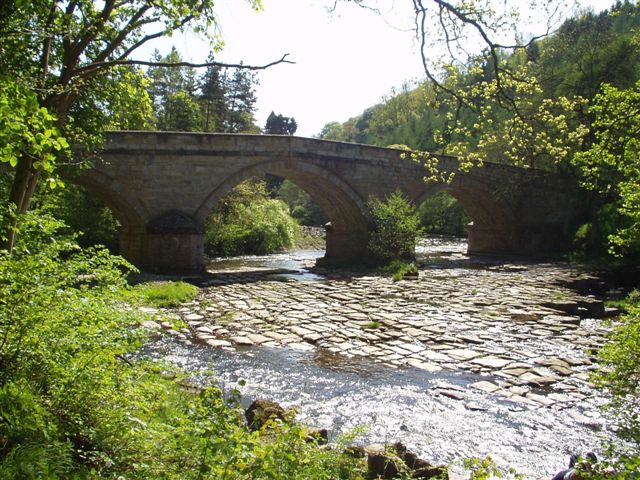 River Allen
- The Allen is a river in Northumberland which is a tributary of the River South Tyne. The River Allen forms with the confluence of the River East Allen and the ... 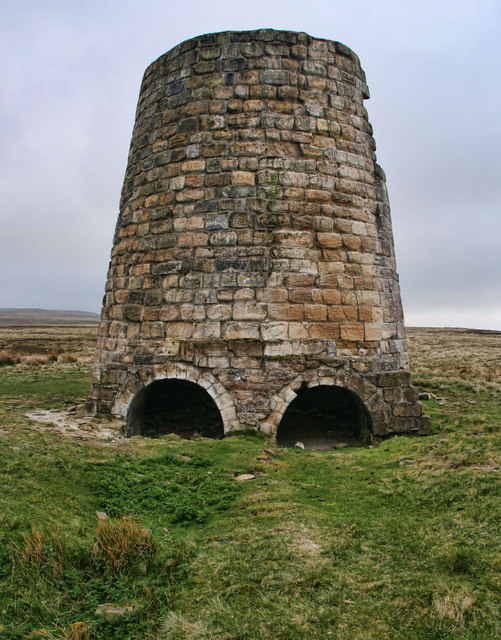 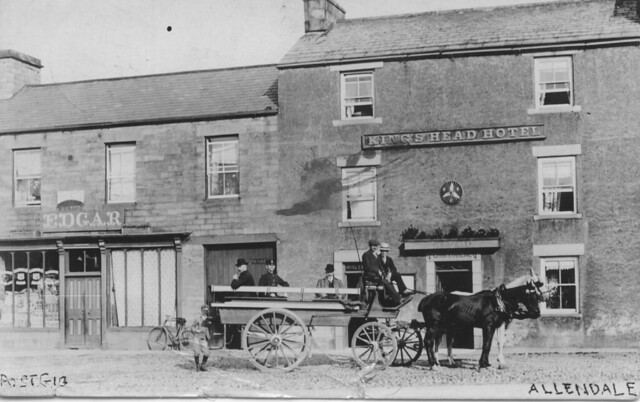 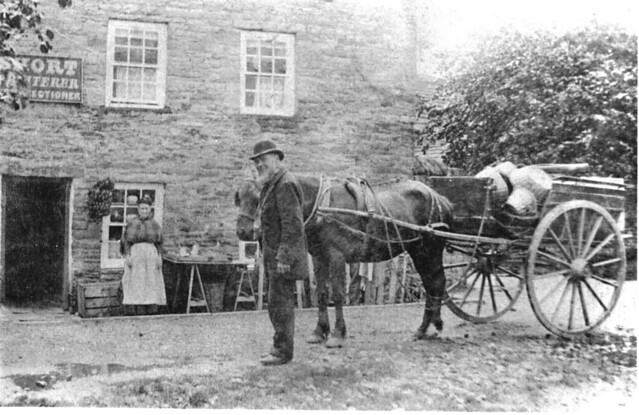 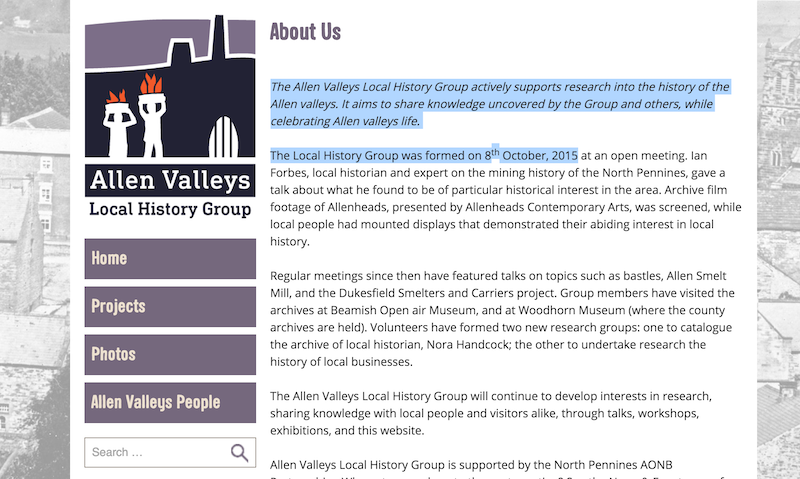 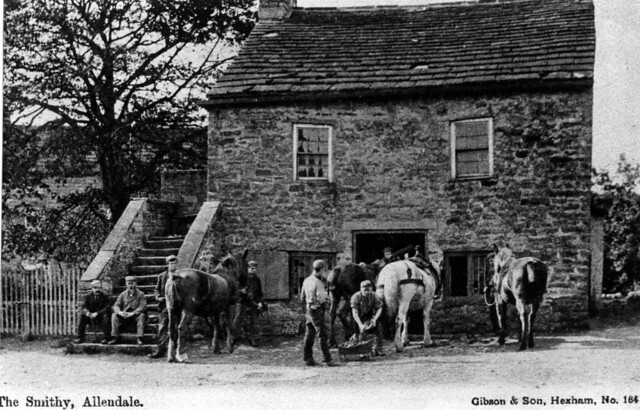 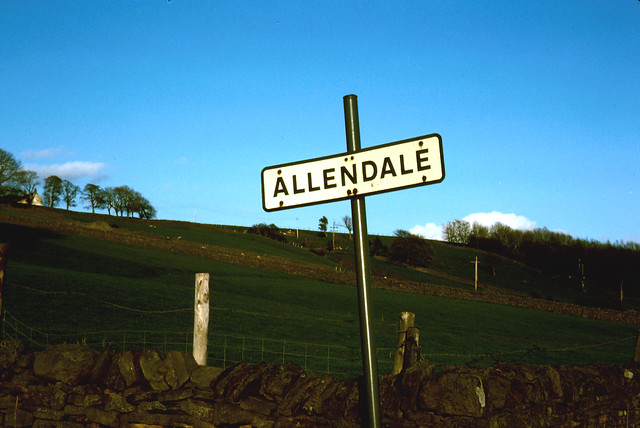 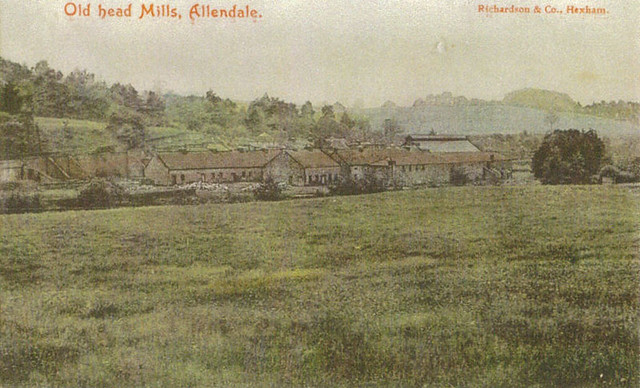 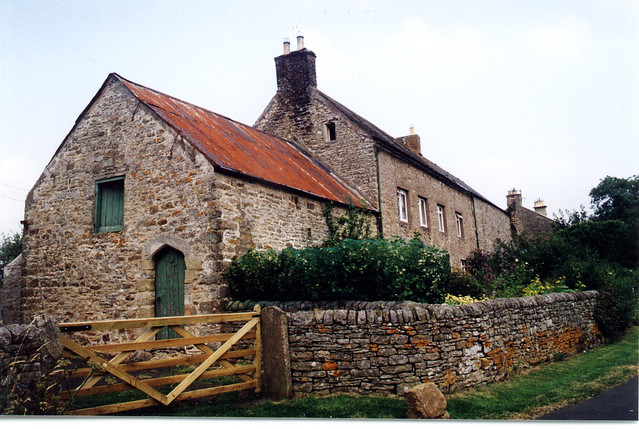 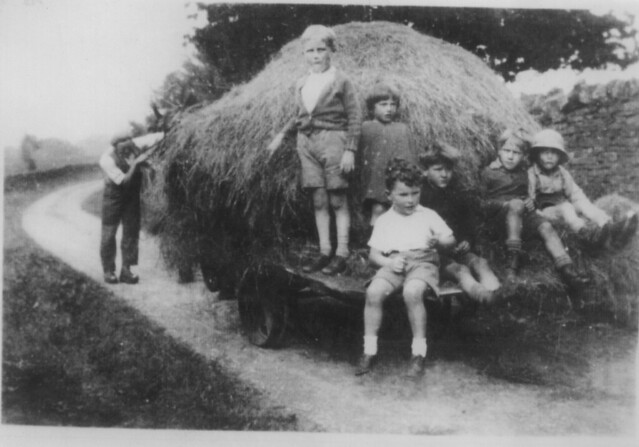 River Allen
- The Allen is a river in Northumberland which is a tributary of the River South Tyne. The River Allen forms with the confluence of the River East Allen and the ...

Map and Aerial View of Allendale

Map and Aerial View of Allendale