Wingate in County Durham is located about 3 miles south west of Peterlee, and seven miles north west of Hartlepool. Wingate grew rapidly from a small agricultural hamlet into a large village following the opening of Wingate Grange Colliery in 1839. In the 19th century there was an influx of new residents seeking employment at the colliery, including miners from Cornwall. In 1841 the Church of the Holy Trinity was built to meet the needs of the growing community. A branch railway line was laid to the colliery by the Hartlepool Dock and Railway to transport coal for onward shipping from Hartlepool. In the past the village was served by two railway stations (Wingate and Wellfield) on the Castle Eden Railway line of the North Eastern Railway. Today, much of the former railway tracks have been made into into walkways/cycle paths, including parts of the Hart to Haswell Walkway.

Wingate is a village in County Durham, England.

Wingate is a former pit village with a mixture of 19th-century, post-war, and more recent housing developments. It was originally inhabited by around 30 farmers before 1839 when coal was discovered. It is located in the East of County Durham, three miles south west of Peterlee, and seven miles north west of Hartlepool. As with most villages in the area, it grew rapidly with the development of coal-mining in the region.

The name Wingate is said to derive from the Anglo-Saxon words windig (windy) and geat (road) meaning windy road. Like all County Durham villages, residents are known to speak the pitmatic dialect although new housing developments has seen a sharp increase in the village's population.

There is no evidence of settlement at Wingate until the 16th century. However, mining made its presence felt in the 19th century and Wingate became a large settlement and regional centre for the area. The village is located approximately two miles east of the original settlement, which is now called Old Wingate. Coal was discovered in 1839 when two shafts were sunk; coal was drawn in December 1839.

Wingate is also the birthplace of Ted Harrison, a Canadian artist notable for his paintings of the Yukon.

On 7 January 1971, the Avro Vulcan bomber XM610 crashed near to the school after suffering an engine fire due to metal fatigue in the number 1 engine. The pilot remained in the burning aircraft before he ejected to direct the aircraft to crash into the sea; however. the aircraft later spiralled down into the village and crashed, leaving a large crater. There were no fatalities in the accident. The pilot was awarded a medal for steering the bomber away from Wingate Junior School.

In 1906, an explosion in the mine killed 26 pit workers in Wingate, and in 2006 a march took place to commemorate the miners.

An electoral ward in the same name exists. This ward stretches north east to Peterlee and has a total population taken at the 2011 census was 10,302.

The village has ready access to road links for commuters, with the A181 leading westward to Durham and then north and south via the A1. Heading east towards the east Durham coast will lead you to the north and south bound A19, with links to Peterlee, Sunderland and Teesside. The main road through the village is the B1280.

Public transport is provided by Arriva North East (Services 21, 21A) and GoNorthEast (Service X7). Direct services run to Peterlee, Sunderland, Darlington, Stockton-on-Tees and Middlesbrough. There is also a bus operated by Scarlet Band - Service 58 runs hourly during the day to and from Durham to Hartlepool.

Wingate was previously served by two railway stations at Wingate and Wellfield on the Castle Eden Railway of the North Eastern Railway. Both stations are long closed and the majority of the former right of way has been reclaimed and turned into walkways, notably parts of the Hart to Haswell Walkway. One of the level crossing gates survives next to the Railway Crossings pub on Front Street.

Wingate
- A brief history of Wingate by John Devine. "Prior to 1837 the land around what was to be Wingate Colliery was agricultural. A map by Capt. Armstrong 1768 shows the ... 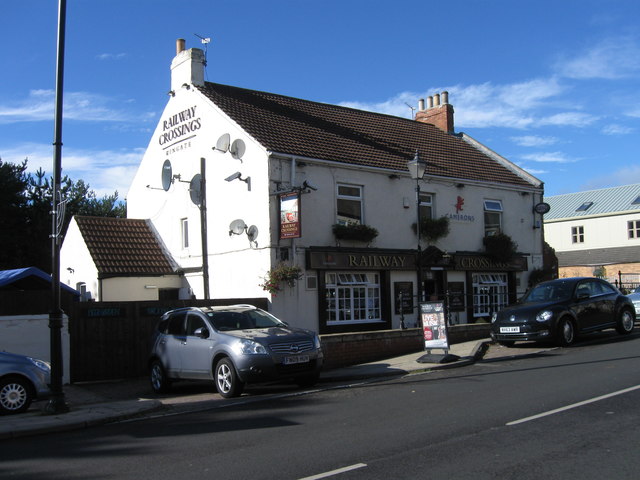 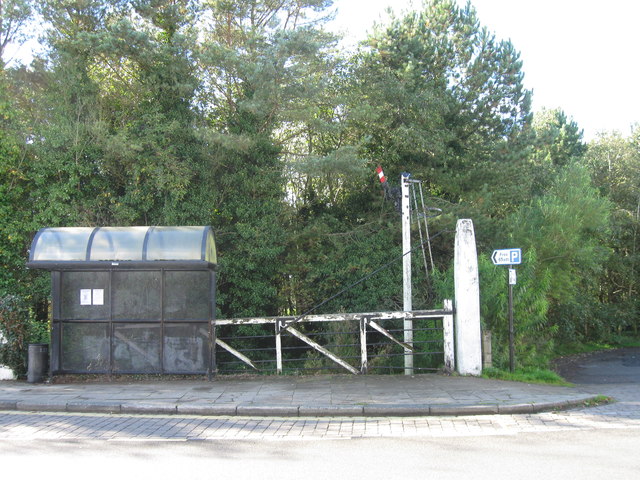 Signs of railway past 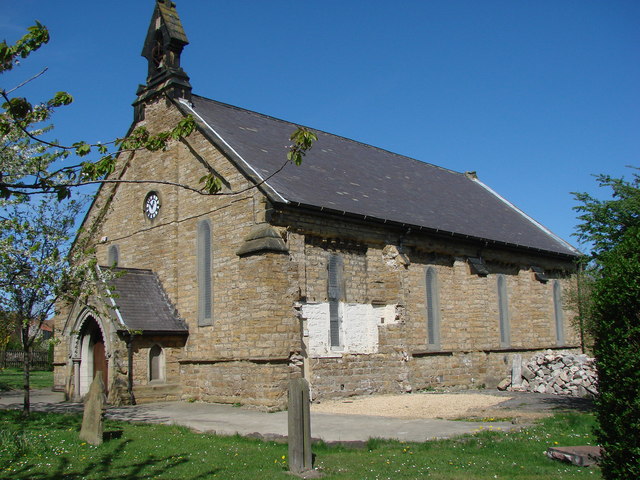 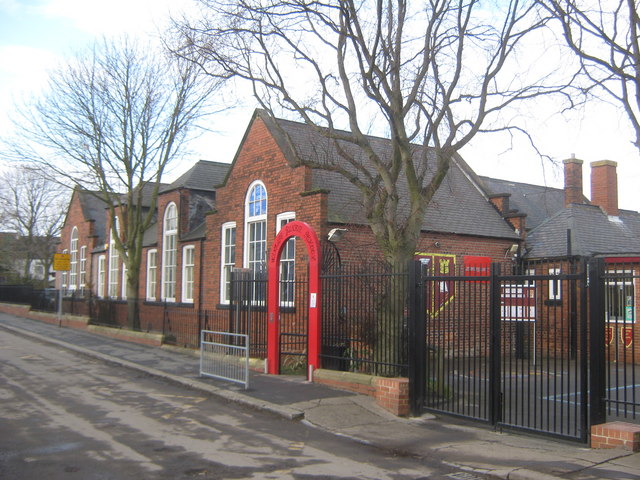 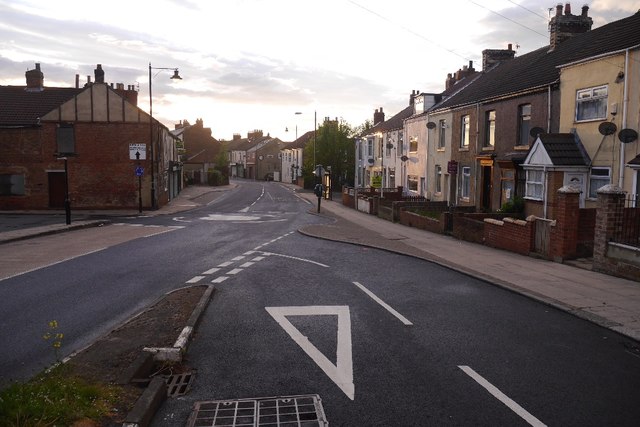 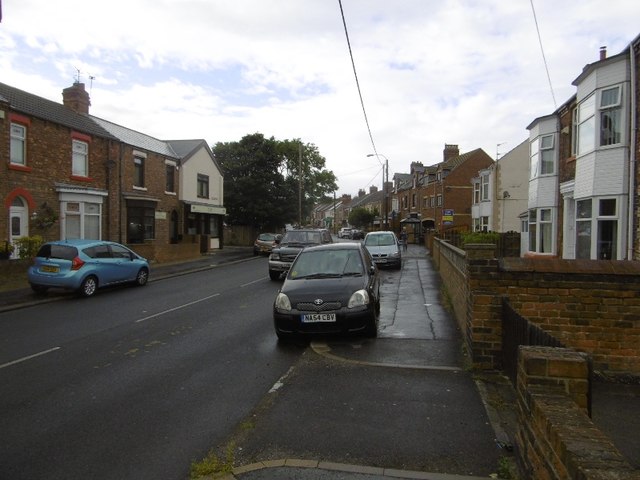 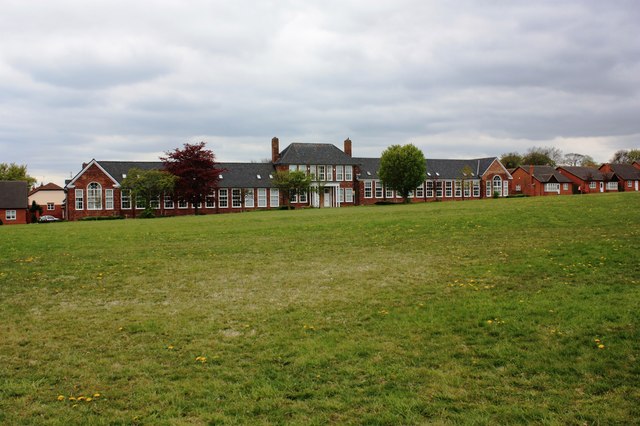 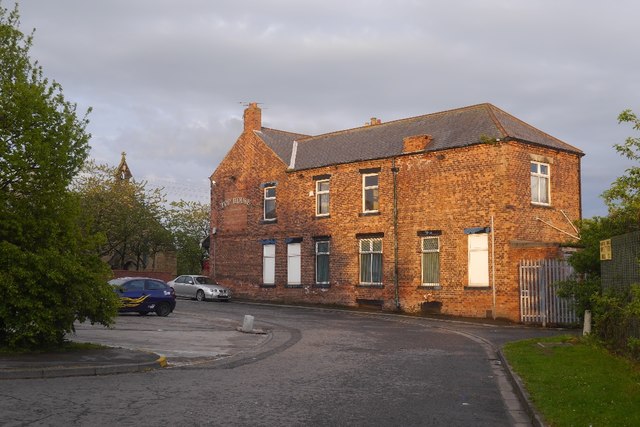 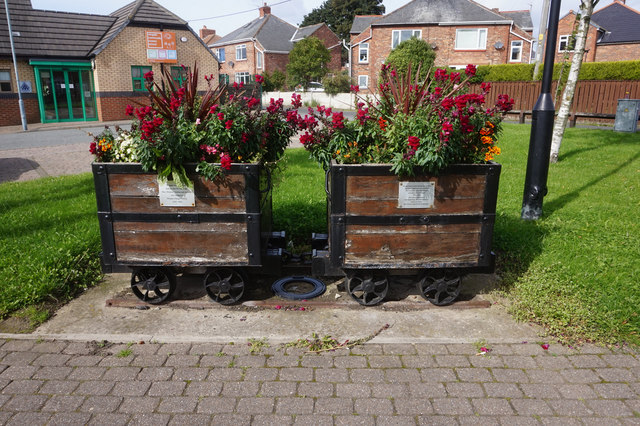 Wingate
- A brief history of Wingate by John Devine. "Prior to 1837 the land around what was to be Wingate Colliery was agricultural. A map by Capt. Armstrong 1768 shows the ...

Signs of railway past

Church of the Holy Trinity, Wingate