Seghill is a village near Cramlington in Northumberland situated between Seaton Delaval and Annitsford. Seghill developed as a mining village; Seghill Colliery was opened in 1824 and closed on 28th Sep 1962.[1]

Seghill is a small village located on the Northumberland border which is the county boundary between Northumberland and Tyne and Wear. Seghill is situated between the villages of Seaton Delaval and Annitsford, about 8 miles (13 km) north of Newcastle upon Tyne.

Seghill is part of the Seghill with Seaton Delaval ward. There are three councillors which represent the ward, Stephen Stanners, Darren Mullen, and Margaret Richards, all sitting as Labour Party councillors. Seghill and the surrounding area is considered a traditional Labour stronghold, in keeping with its mining history.

Seghill used to be a busy pit village within the Northumberland Coalfield, however, the Coal Mine has been closed for many years. The folk song "Blackleg Miner" originates from the area and contains the lyric:

Dinna gang near the Seghill mine

Across the way, they stretch a line

To catch the throat and break the spine

Of the dirty blackleg miner.

The song was written during the 1844 lockout of coal miners. Many of the striking miners were evicted from their homes in Seghill during this dispute. Thomas Burt wrote of the situation:

the very magnitude of the evictions, extending over nearly the whole of the mining districts of Northumberland and Durham, made it impossible to find house accommodation for a twentieth part of the evicted. Scores of the Seghill families camped out by the roadside between that village and the Avenue Head.

Seghill served by a railway station but it was closed in November 1964 along with the rest of the passenger services on the Blyth & Tyne route north of Backworth. It still has a level crossing which sees the occasional goods train.

There are two schools in Seghill: Seghill First School is a small first school which covers Reception to Year 4 and is run by Northumberland County Council. There is also Atkinson House EBD School.

On Seghill Welfare Field Seghill Rugby and Football Club regularly practice on Saturday and Sunday mornings. The Annual Gala and Fair is held on the Welfare Field. It is a chance for the whole village to enjoy an otherwise normal day. It gives younger children of the village the chance to ride on floats, compete in races and fancy dress competitions and of course enjoy the amusements and attractions, provided by the Seghill Treats Committee. In the summer months, when the nights are light, AFC Seghill can also be found training on the welfare field.

Formed in 2007, AFC Seghill play in the Community Champions League. The league consists of teams from North of the Tyne and games take place on a Sunday afternoon. Managed and Captained by Ian Clark, Seghill had a good first season finishing 3rd in the league, just one place below a playoff position. On April 6, 2008 Seghill played in the NK Cup Final against Sports For Youth in sub zero conditions. Despite losing 2 players to the cold in the 2nd half Seghill came from behind twice to win the game 3-2 and claim their first piece of silverware in their rookie season.

Despite starting their second season with an unbeaten run that stretched beyond Christmas and building up a double figure lead over their nearest rivals, Seghill were eventually undone by the weather. Due to the large number of postponed fixtures throughout the season Seghill were left to play out the last few weeks with 3 or more games per week. This led to problems with squad members securing time off work and with just a couple of games left Seghill were pipped at the post to finish 2nd in the league. Despite it being a better showing than the previous season there was widespread disappointment that the season had ended without any silverware.

Next to the Welfare Field there is a small scout hut where 1st Seghill Scouts meet on a Monday Night.

There are three main streets in Seghill. Main Street has the Netherfield Surgery, local Spar (retailer) shop (with Post Office), a small newsagents, Seghill Methodist Church, several take-away shops, and a barbers and hairdressers. On Front Street there are Shiremoor Compressors Ltd and Seghill Comrades Club. On Barrass Ave there is the Seghill Social Club which has now closed down. The Blake Arms is the community public house is situated in the streets of Blaketown and serves delicious food daily. 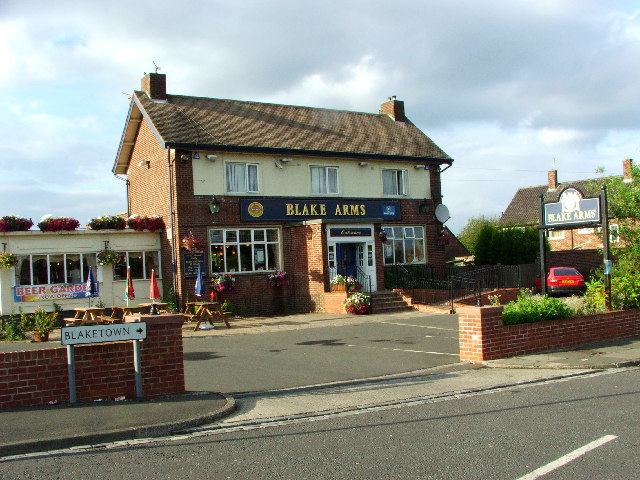 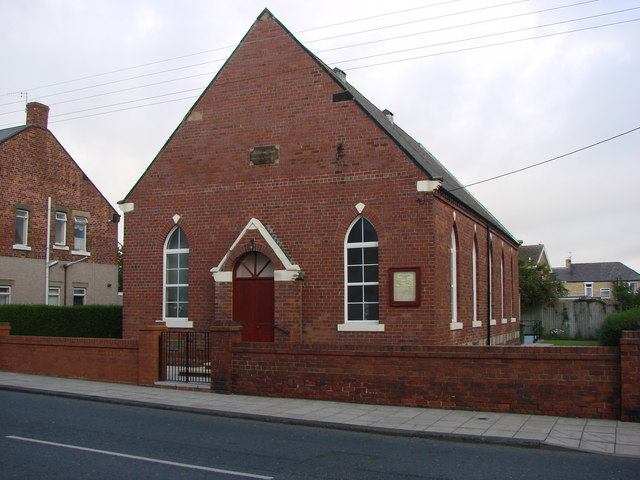 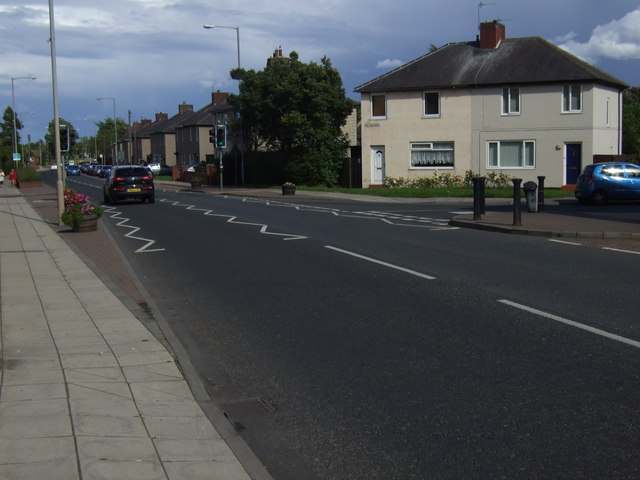 Main Street (A190) through Seghill 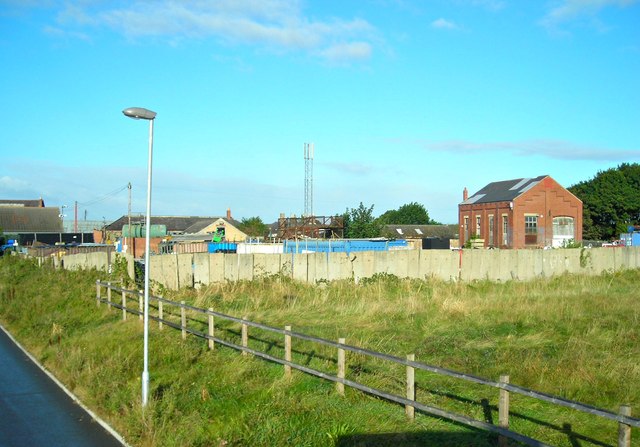 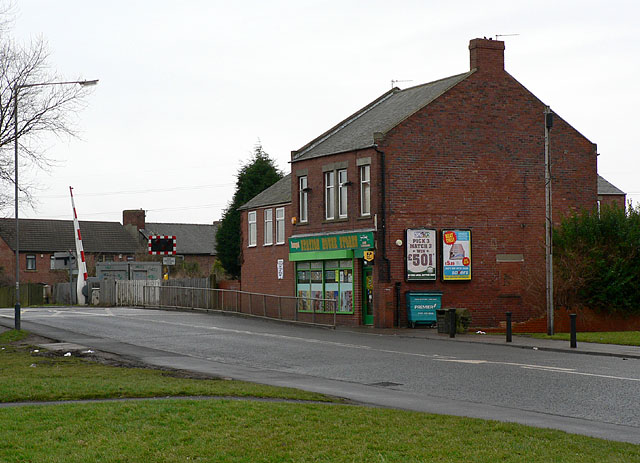 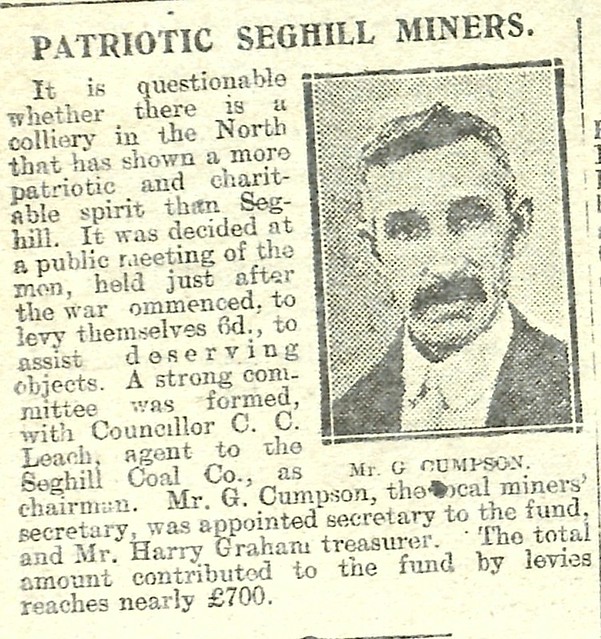 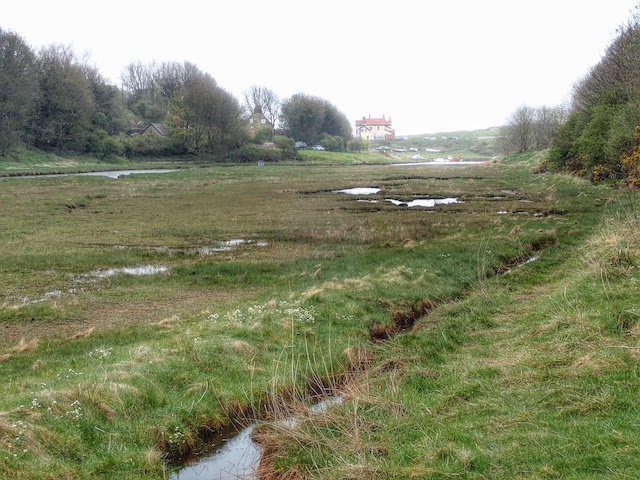 Holywell Dene
- Holywell Dene is the valley of&nbsp;Seaton Burn, which stretches 6km between the villages of Seghill, passing close to Holywell and Old Hartley, and flowing out to the sea at Seaton ... 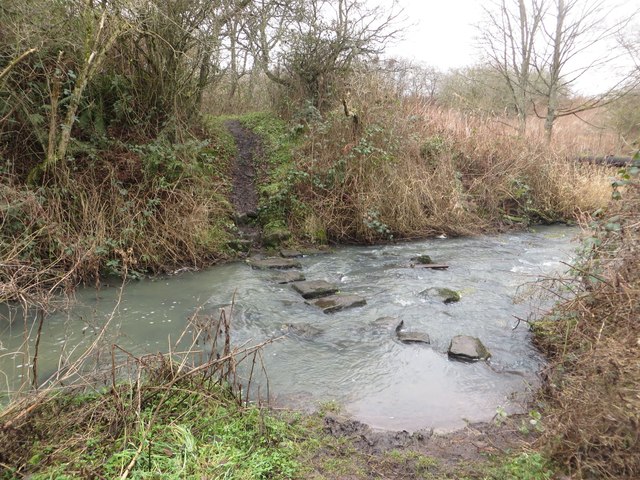 Stepping stones across the Seaton Burn 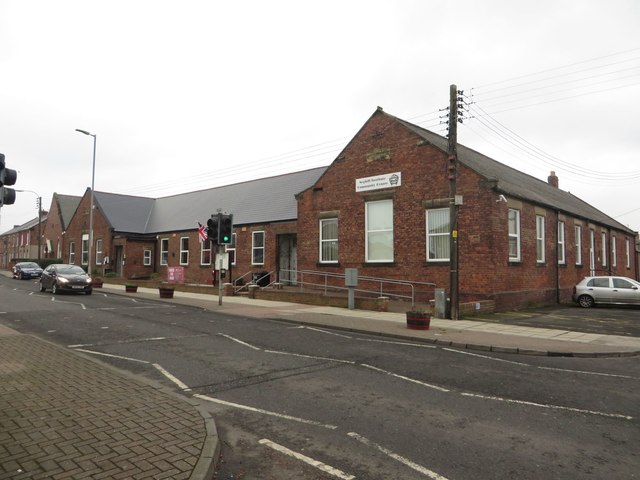 Main Street (A190) through Seghill

Holywell Dene
- Holywell Dene is the valley of&nbsp;Seaton Burn, which stretches 6km between the villages of Seghill, passing close to Holywell and Old Hartley, and flowing out to the sea at Seaton ...

Stepping stones across the Seaton Burn

Church of the Holy Trinity, Seghill

Eat for England, by Bob Budd