Rose Castle is a fortified house, located about 6 miles south-west of Carlisle and just over 2 miles south of Dalston in Cumbria. The building incorporates a Pele tower, known as Strickland’s Tower, which dates from the 14th century and thought to be built on the site of an earlier motte and bailey castle. The castle was damaged by parliamentary troops in 1648 during the Civil War. It was restored in the 1760s and extended and further restored in the 19th century. Rose Castle was the residence of successive Bishops of Carlisle from 1230 until 2009. In 2016 the Church Commissioners sold the estate to the Rose Castle Foundation, a charity working towards international reconciliation. Rose Castle is a Grade I listed building.

Rose Castle is a fortified house in Cumbria, England, on a site that was home to the bishops of Carlisle from 1230 to 2009. It is within the parish of Dalston, from Dalston itself. The architects Anthony Salvin and Thomas Rickman were responsible for the alterations which took place in the 19th century.

The historical importance of Rose Castle is shown by its Grade I listing by Historic England.

In September 2015, Rose Castle was listed for sale, with a sale price in excess of £2,950,000. It has since been purchased with the aim to turn it into an international centre of reconciliation.

Text from Wikipedia, available under the Creative Commons Attribution-ShareAlike License (accessed: 28/01/2020).
Visit the page: Rose Castle for references and further details. You can contribute to this article on Wikipedia.
Dalston Pele Tower Anthony Salvin (1799 -1881) Private Residence Grade I Listed 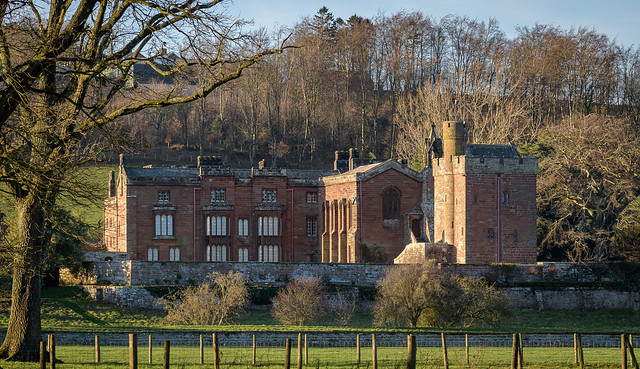 Rose Castle, Cumbria as seen from near Rose Bridge

Rose Castle
- "Rose Castle is the palace of the Bishops of Carlisle, and although not open to the public, may be viewed from the nearby road, or the public footpath from Rosebank ...

Rose Castle, Cumbria as seen from near Rose Bridge

Rose Castle
- "Rose Castle is the palace of the Bishops of Carlisle, and although not open to the public, may be viewed from the nearby road, or the public footpath from Rosebank ...