CORBRIDGE (St. Andrew), a parish, in the union of Hexham, E. division of Tindale ward, S. division of Northumberland; comprising the townships of Aydon, Aydon-Castle, Clarewood, Corbridge, Dilston, Halton, Halton-Shields, Thornborough, and Great and Little Whittington; and containing 2,103 inhabitants, of whom 1,356 are in the township of Corbridge, 4½ miles (E.) from Hexham. This place, which is of great antiquity, appears to have been known to the Romans, who, at a short distance to the west, had a station on the line of the Watling-street, supposed by Camden to have been the Curia Ottadinarum of Ptolemy, and by Horsley the Corstopitum of Antoninus, and which is now called Corchester. In 1138, David, King of Scotland, who made frequent incursions into the English territories, encamped his forces at this place; which was subsequently burnt by the Scots in 1296, and again in 1311. From its great importance, King John, expecting to find concealed treasure, directed a search to be made here, but without effect. This monarch, in the 6th year of his reign, bestowed the manor upon Robert de Clavering, Baron of Warkworth; and the last baron having granted his Northumberland estates to the crown in reversion, they were given by Edward III. to Henry Percy, in whose line they continue to this day. During the parliamentary war, a battle was fought here between the royalists and the Scottish forces. The place was formerly a borough and market-town, had extensive privileges, and returned members to parliament. Some vestiges of its ancient consequence are still apparent: to the south of the church is a venerable tower, once used as the town gaol; and a little to the east is an eminence called Gallow Hill, the place of execution for criminals. It early carried on a considerable trade, and that it was originally of much greater extent, is evident, from the former existence of three additional churches, severally dedicated to St. Mary, St. Helen, and the Holy Trinity, the sites of which are well known.

The parish is bounded on the south by the river Tyne, and measures nine miles and a half in length from southeast to north-west, and about six miles in average breadth; the soil near the river is a rich and deep mould, and in other parts poor and shallow, but producing favourable crops. Coal, limestone, and lead-ore are found, and also excellent fire-clay, used in the manufacture of fire-bricks and earthenware articles. The lands are intersected by the streams Dilston and Cor, which flow through the parish into the Tyne; and the Newcastle and Carlisle railroad passes by. The village is pleasantly situated to the north of the Tyne, over which is a bridge of seven arches, erected in 1674: near the centre of the former market-place is a cross, built in 1814, by the Duke of Northumberland. A fair held on the eve, day, and morrow of St. John the Baptist, has been discontinued; but there are fairs for live-stock, among the largest in the kingdom, at Stagshaw Bank, within the parish, on Whitsun-eve and July 4th, at the latter of which much linen and woollen cloth, brought from Scotland, is also exposed for sale; and a trystfair, established in 1820, is held on Nov. 24th. The living is a vicarage, valued in the king's books at £11. 11. 8.; net income, £482; patrons and appropriators, the Dean and Chapter of Carlisle. The great tithes of Corbridge and Thornborough have been commuted for £695, and the small tithes for £306. The church is a neat edifice, supposed to have been built with materials brought from the ruins of the Roman station in the neighbourhood. At Halton is a chapel of ease, in the burial-ground of which is a Roman altar. There is a place of worship for Wesleyans. Ann Radcliffe, in 1699, bequeathed £10 per annum for apprenticing children; Elizabeth Radcliffe, in 1688, gave a rent-charge of £10, and the Rev. Robert Troutbeck, in 1706, lands producing £30 per annum, to the poor. 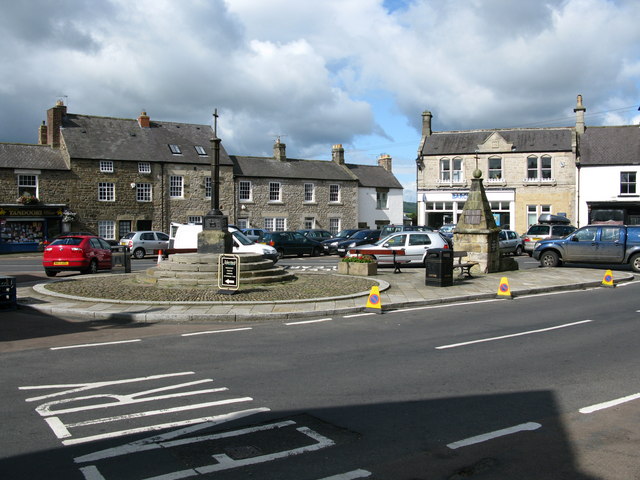 Corbridge
- Overview About Corbridge Map Timeline Street View Corbridge is a large village by the River Tyne, located about 3 miles east of Hexham and 17 miles west of Newcastle. Corbridge ...

Halton
- HALTON, a chapelry, in the parish of Corbridge, union of Hexham, E. division of Tindale ward, S. division of Northumberland, 5 miles (N.E. by E.) from Hexham; containing 46 inhabitants. ... 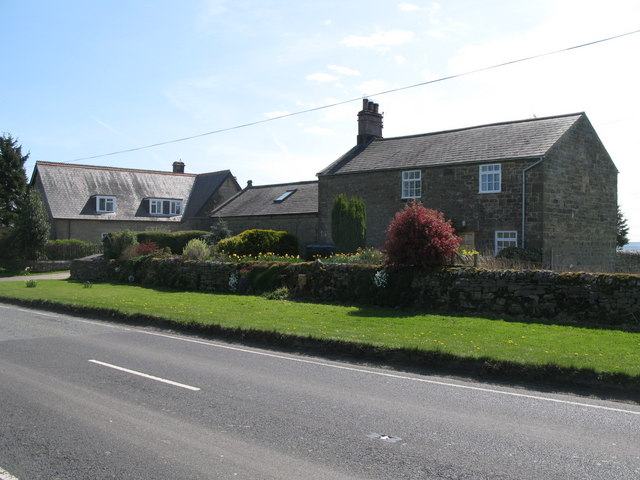 Halton Shields
- HALTON-SHIELDS, a township, in the parish of Corbridge, union of Hexham, E. division of Tindale ward, S. division of Northumberland, 7 miles (N.E. by E.) from Hexham; containing 59 inhabitants. ...

Corbridge
- Overview About Corbridge Map Timeline Street View Corbridge is a large village by the River Tyne, located about 3 miles east of Hexham and 17 miles west of Newcastle. Corbridge ...

Halton
- HALTON, a chapelry, in the parish of Corbridge, union of Hexham, E. division of Tindale ward, S. division of Northumberland, 5 miles (N.E. by E.) from Hexham; containing 46 inhabitants. ...

Halton Shields
- HALTON-SHIELDS, a township, in the parish of Corbridge, union of Hexham, E. division of Tindale ward, S. division of Northumberland, 7 miles (N.E. by E.) from Hexham; containing 59 inhabitants. ...