BELFORD (St. Mary), a parish, and the head of a union, partly in Islandshire, but chiefly in the N. division of Bambrough ward, N. division of Northumberland; comprising the townships of Delchant, Easington, Easington-Grange, Elwick, Middleton, and Ross; and containing 1,789 inhabitants, of whom 1,157 are in the market-town of Belford, 48 miles (N. by W.) from Newcastle-upon-Tyne, and 318 (N. by W.) from London. The parish comprises about 7,500 acres. The town is situated on a gentle eminence within two miles of the sea, of which, and of Holy Island, the Farne Islands, and Bambrough Castle, there is a fine view from the high ground on the north: the foundations of an ancient chapel may still be traced on Belford crag. It has a very pleasing appearance, and consists principally of two spacious streets, intersected by a few narrow lanes; the houses are irregularly built: the inhabitants are amply supplied with water. The neighbourhood abounds with diversified scenery and agreeable walks. Belford is mainly indebted for its rise to the spirited exertions of Mr. Dixon, a former proprietor of the manor, who built several houses on a larger and more convenient scale, cleared away unsightly objects, and established a woollen-manufactory, a tannery, &c.: his father had previously procured the privilege of holding a market and fairs. The parish abounds with coal, limestone, and freestone; and considerable quantities of cockles, called Budle cockles, are got upon the coast. The market is on Tuesday, and is noted for corn, much of which is sold for exportation; the fairs are on the Tuesday before Whitsuntide, and Aug. 23rd. The powers of the county debt-court of Belford, established in 1847, extend over the registration-district of Belford. The Newcastle and Berwick railway passes between the town and the sea-coast. The living is a perpetual curacy, endowed with 191 acres of land in two distant parishes; net income, £147; patron and impropriator, the Rev. J. D. Clark. The church is at the north-western extremity of the town, and has been lately rebuilt in the early English style. There are places of worship for the United Secession and Presbyterians. The poor law union of Belford comprises 34 townships, of which 33 are in the county of Northumberland, and one in the county of Durham; and contains a population of 6421. About a mile to the southwest of the town is a quadrilateral intrenchment, having an entrance on the north-east, and defended by a wide ditch and a double rampart: it is by some supposed to have been a stronghold, or place of security from the incursions of the Scots, during the border wars; by others it is thought to be of Danish origin. There are a few mineral springs. 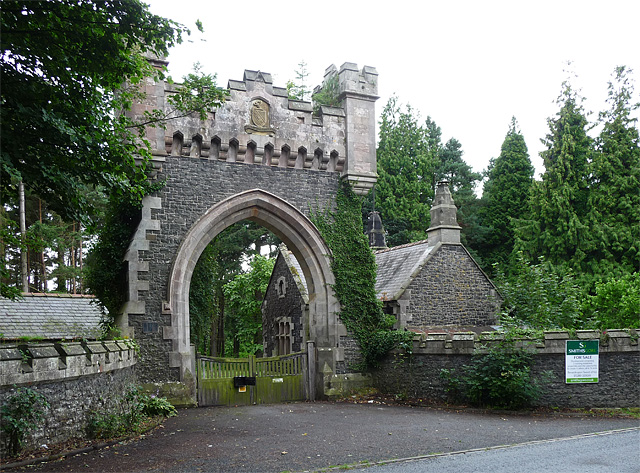 Middleton
- MIDDLETON, a township, in the parish and union of Belford, N. division of Bambrough ward and of Northumberland, 1&frac14; mile (N.N.W.) from Belford; containing 70 inhabitants. It is on the ...

Middleton
- MIDDLETON, a township, in the parish and union of Belford, N. division of Bambrough ward and of Northumberland, 1&frac14; mile (N.N.W.) from Belford; containing 70 inhabitants. It is on the ...