Wigton is a market town in the district of Allerdale in Cumbria, located on the Solway Plain, about 10 miles south-west of Carlisle and 8 miles north-east of Aspatria. The town has many fine Georgian buildings and is notable for the distinctive Moore Memorial Fountain, located in the Market Square. St Mary's Church in Wigton has a history dating back to the 12th century, largely rebuilt in 1788.

Could you help build the Wigton Timeline?

Wigton is a market town in Cumbria, England. Historically in Cumberland, it lies just outside the Lake District in the borough of Allerdale. Wigton is at the centre of the Solway Plain, between the Caldbeck Fells and the Solway coast. It is served by Wigton railway station on the Cumbrian Coast Line, and the A596 road to Workington. The town of Silloth-on-Solway lies twelve miles to the west, beyond Abbeytown.

Wigton is "Wicga's tūn" "Tūn" is Old English for "homestead" or "village", so Wigton is "the hamlet belonging to Wicga".

On the Wiza and Wampool becks (dialect word meaning "brook" or "stream" – from the Old Norse bekkr), the market town of Wigton is an ancient settlement and evolved from a pre-medieval street plan, which can still be traced today.

The Romans had a cavalry station, Maglona, known locally as Old Carlisle, just to the south of the town with a large Vicus (civilian settlement) associated with it. From the location they could react to incursions from North of Hadrian's Wall, using the old Roman road to sally east or west before traversing northward across the countryside. In the period of late antiquity after Roman rule, Wigton was within the native British kingdom of Rheged. Probably of Anglian origin, Wigton was an established settlement in the Kingdom of Northumbria long before the Normans arrived in the area. Wigton and most of then Cumberland were a part of Scotland in 1086 when the Domesday Book was written for William I, so are not included in it.

The Norman invaders created the County of Carlisle, building Carlisle Castle in Carlisle in 1092 for its administrative center. Odard de Logis became William II's Sheriff of Carlisle and was made Baron of Wigton about 1100 AD when it became a Norman barony. Wigton gained its market charter in 1262. The de Logis barons changed their surname to de Wigton around 1208 but the male line of the family died out in 1348, so the manor passed to the Barony of Cockermouth. Although the town's layout is generally anglian or medieval, its architecture is mainly in the 18th century Georgian style which remains largely intact.

In the middle of Wigton's market place is the George Moore Memorial Fountain built in 1872, of particular interest are the four bronzes around the fountain, the work of the Pre-Raphaelite sculptor Thomas Woolner. These depict the "four acts of mercy". St. Mary's Church dates from 1788, but there was a church on this site from the 12th century. (source: 'A New Illustrated History of Wigton')

A private secondary school, the Wigton School (also called the Friends' School or Brookfield) was founded to the north of the town in 1815 with an initial enrolment of eight pupils. After reaching a maximum enrolment of 250 or so in the 1970s and 1980s, the school closed, following sustained drop-off in student numbers and, finally, damage by fire.

The appearance of the church owes much to the vision of Rev. John Ford (father of the broadcaster Anna Ford) in the 1950s when he had gravestones laid flat and the interior painted in the present colours. Highmoor Bell tower, built during the Industrial revolution and completed in 1887, played tunes three times daily.

Fiddleback Farm, a Grade II* listed building, is situated approximately 100 yards to the West of the A595, was used, amongst other purposes, for supplying provisions and materials from "Old Carlisle" to Hadrian's Wall. It is thought that the farm site was the first "Mile Station" from Old Carlisle. Fiddleback. The building was originally fortified to repel invading Celts. It later become a place of worship. Constructed in the shape of a fiddle, it was built about 300 years ago, along with two other buildings in the shape of musical instruments by a wealthy and eccentric land-owner. During renovation works, the skeleton of a cat was discovered above one of the old entrance doorways, Another Grade 2 listed building, constructed in the shape of an accordion, still stands. A third, built in the shape of a banjo, was demolished for unknown reasons in the 1920s.

Wigton today is a thriving market town, with livestock auctions being held regularly at Hopes Auction Company. The main employer is Innovia Films.

The town has its own secondary school, called The Nelson Thomlinson School, which is a well-performing comprehensive with close links to the Innovia factory.

In 2004 the town was the first settlement in the United Kingdom to enforce a curfew on teenagers under the age of 16. It was in place for two weeks, and its aim was to reduce the amount of vandalism in the town centre. It followed nightly vandalism campaigns, which included smashed shop fronts, as well as intimidation of elderly members of the community. The curfew attracted national attention, with the local secondary school receiving visits from agencies such as Sky News. It had some effect, with less vandalism taking place ever since.

Wigton's principal employer is the Innovia Factory (locally known as The Factory) in the centre of the town.

In 1936 the British New Wrap Co Ltd was formed in Wigton, Cumbria, and production of cellulose film began at the site which had previously been a jam-making facility, and then set up to produce "artificial silk" or Rayon. In 1936 the company changed its name to British Rayophane Ltd.

The company's main products are:

Wigton is also home to: 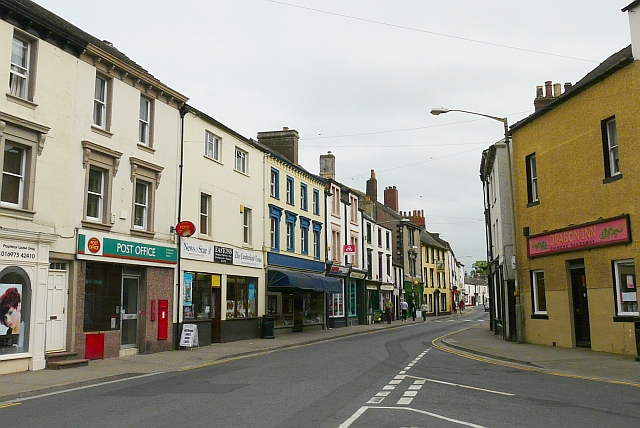 View of High Street from the Memorial Fountain 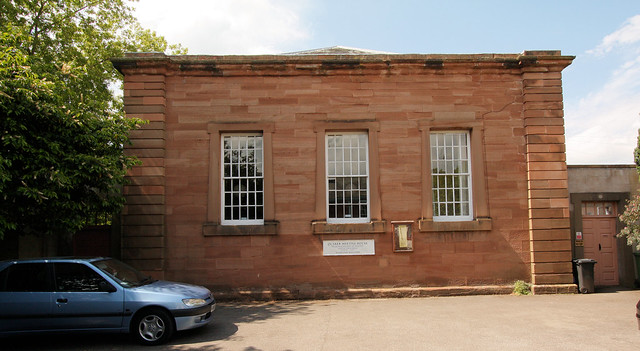 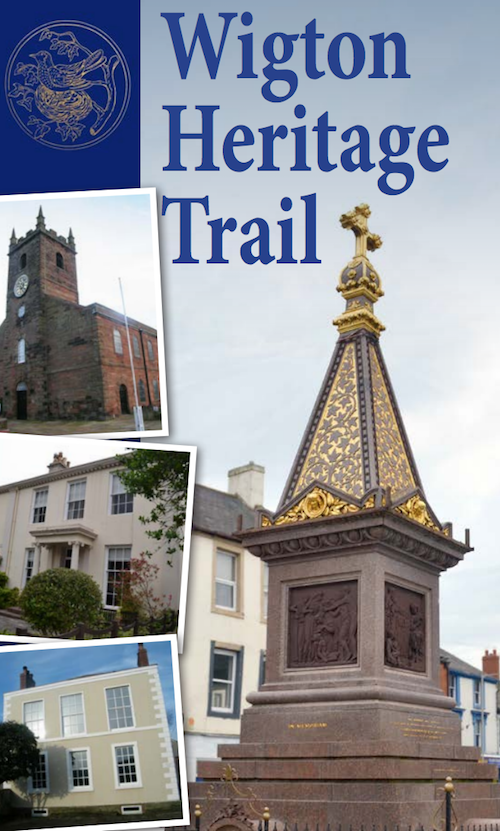 Wigton Heritage Trail
- By the Wigton Town Team (2015) "Welcome to Wigton, a bustling market town in the heart of the Solway Plain. First inhabited as early as the 7th century, the town ... 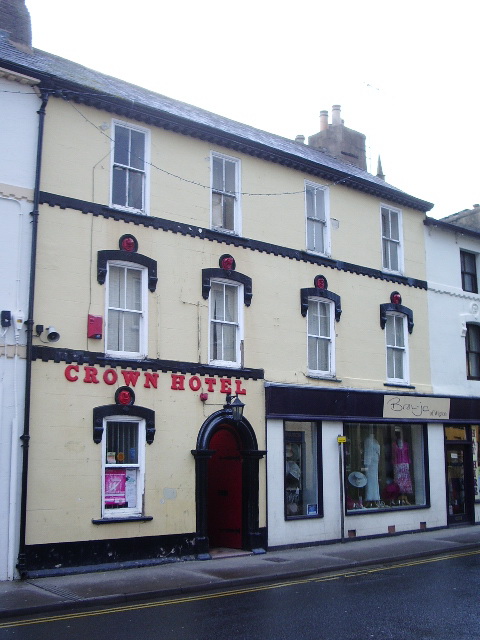 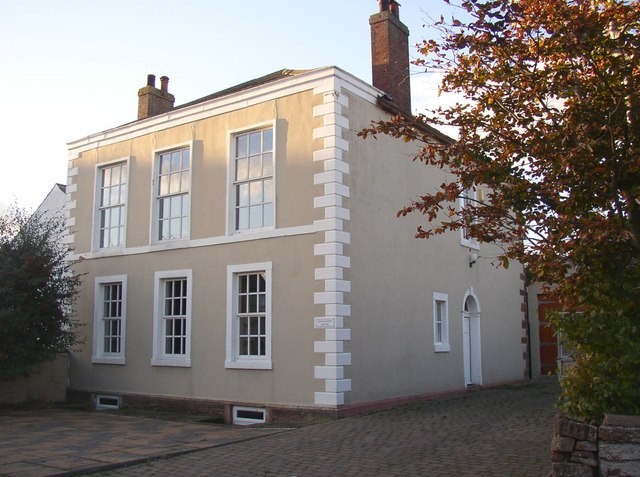 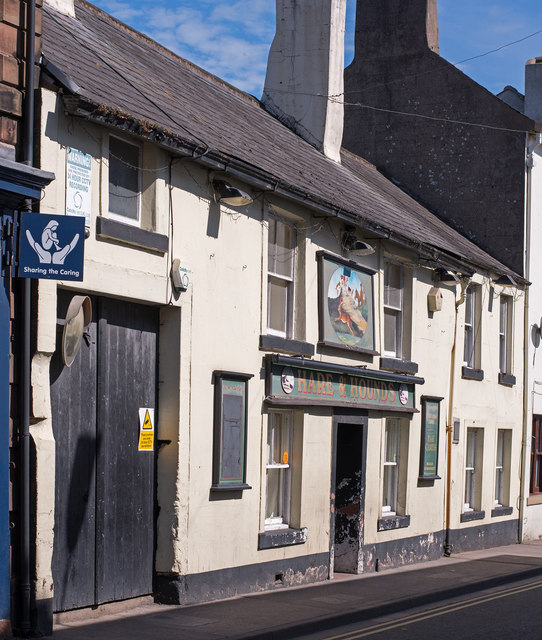 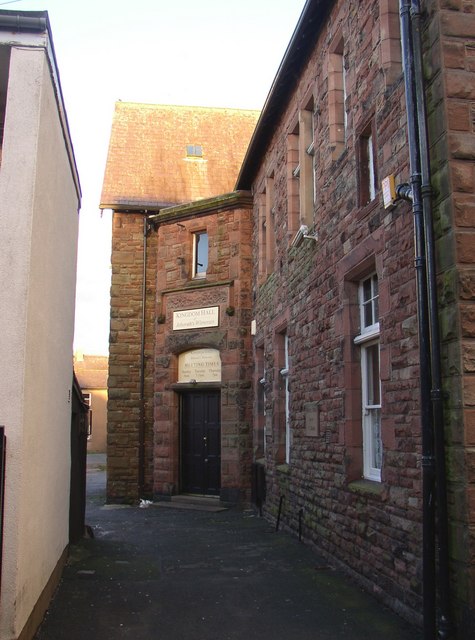 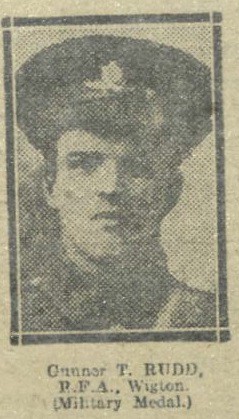 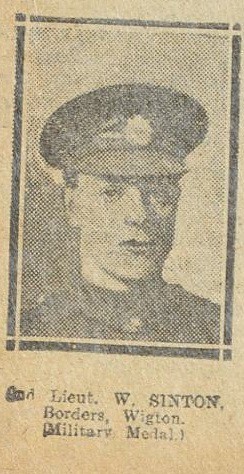 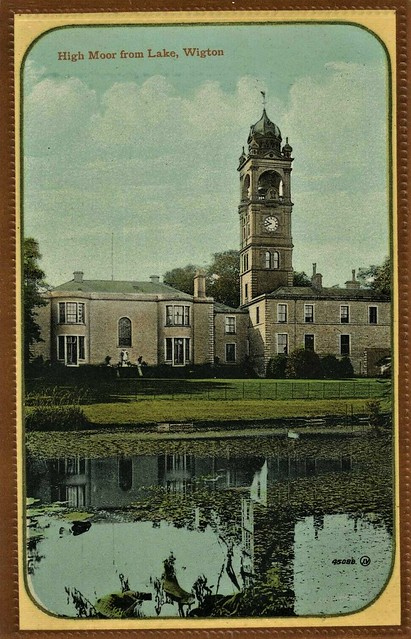 View of High Street from the Memorial Fountain

Wigton Heritage Trail
- By the Wigton Town Team (2015) "Welcome to Wigton, a bustling market town in the heart of the Solway Plain. First inhabited as early as the 7th century, the town ...