Aspatria is a civil parish in the non-metropolitan district of Allerdale, and is currently embraced in the Parliamentary constituency of Workington, Cumbria, England. Historically within Cumberland the town rests on the north side of the Ellen Valley, overlooking a panoramic view of the countryside, with Skiddaw to the South and the Solway Firth to the North. Its developments are aligned approximately east-west along the A596 Carlisle to Workington road and these extend to approximately 2 miles (3 km) in length. It lies about 8 miles (12 km) northeast of Maryport, a similar distance to the Southwest of Wigton, about 9 miles (14 km) north of Cockermouth and 5 miles (8 km) from the coast and Allonby. It comprises the townships of Aspatria and Brayton, Hayton and Mealo, and Oughterside and Allerby, the united area being 8,345 acres (3,377 ha); while the township takes up an area of 1,600 acres (647 ha). In earlier days a Roman road leading from "Old Carlisle" to Ellenborough passed through the hamlet.

It is served by Aspatria railway station. Aspatria is located on the fringe of the English Lake District.

The parish church of St Kentigern was completed in 1848. Fragments of masonry and crosses from earlier structures on the same site are preserved there.

Aspatria is an ancient settlement and seems to have been home to a group of Norsemen who fled to the area from Ireland around 900. In 1789, a surgeon by the name of Rigg employed a group of labourers to level a mound called Beacon Hill, situated close behind his house at Aspatria. After reaching a depth of about one metre they dug into a cavity walled around with large stones and found the skeleton of a Viking chief almost complete over two metres in length. At the head of the gigantic skeleton lay a sword almost two metres in length, with a remarkably broad blade, ornamented with a gold and silver handle. The scabbard of the sword was made of wood, lined with cloth. The workmen also unearthed several pieces of armour, a dirk with a silver studded handle, a golden buckled belt, and a breast plate. The artefacts remain the property of the British Museum. Further finds were made on the same site in 1997 when a mobile phone mast was being constructed.

The manor of Aspatria is part of the ancient barony of Allerdale below Derwent. Awarded by Ranulph de Meschines, grantee of the whole of Cumberland from William the Conqueror, to Waltheof, son of Gospatrick, Earl of Dunbar, from whom the obsolete name of Aspatrick, may have been derived. Upon the division of the estates of William Fitz Duncan, and his wife Alice de Romney, among their three daughters, the manor passed to Alice the youngest. However Alice died without issue and the estates passed to an elder sister who had married into the Lucy family. The latter family terminated in a female heir Maud de Lucy. She married Henry Percy, the first Earl of Northumberland, who received the whole of her estates. It remained in this family through eleven generations before passing by the marriage of Lady Elizabeth, sole daughter and heiress of Josceline Percy to Charles Seymour, sixth Earl of Somerset. In recent times it again passed by a female heir to the Wyndham family, from whom it has descended to Lord Leconfield and now Lord Egremont.

The village stands at the northern end of the West Cumberland Coalfield and there have been mines in the area since the 16th century. The opening of the Maryport and Carlisle Railway, in 1842, led to a rapid expansion of the industry. The Brayton Domain Collieries sank five different pits around the town at various times and there were also mines near Mealsgate, Baggrow and Fletchertown. In 1902, a new mine was sunk at Oughterside. The last pit in the town, Brayton Domain No.5, closed in 1940.

Sir Wilfrid Lawson MP (1829–1906) lived at Brayton Hall just outside the town. He was a committed nonconformist and a leader of the Temperance Movement. His memorial stands in the market square, topped by a bronze effigy of St George slaying the dragon – said to represent the demon drink. Brayton Hall was destroyed by fire in 1918.

According to one source the origins of the name of Aspatria lie in Old Scandinavian and Celtic. It translates as "Ash-tree of St Patrick", and is composed of the elements askr (Old Scandinavian for "ash-tree") and the Celtic saint's name. The order of the elements of the name, with the ash-tree coming before the name of the saint, is particular to Celtic place-names. The following forms of the name have been found in various charters:- Estpatrick in 1224, Asepatrick 1230, Aspatric 1233, Askpatrik 1291, Assepatrick 1303, Aspatrick 1357, Aspatre 1491. The first entry in the parish register referring to the town as Aspatria in preference to the name Aspatrick or Aspatricke appears in 1712. It appears in the handwriting of the then vicar David Bell. For the next fifty years the spelling fluctuated until eventually Aspatria became the dominant name. When Charles Dickens and Wilkie Collins passed through the town in 1857 they referred to the name Spatter which is not to dissimilar to 'Speatrie' the name locals prefer. This leads us on to the familiar expression 'Speatrie Loup Oot', which had its genesis in the cry of William Brough, a railway porter, discharging third class passengers after their arrival at Aspatria from the Bolton Loop railway connection. Second class passengers would detect, "Speatrie change ere for Measyat"; while first class passengers heard a polite invitation, "Aspatriah, change heah for Mealsgate."

There is a legend that the name comes from the ash tree that grew up when St. Patrick's staff, the Bachal Isu, took root in the ground because it took so long for him to manage to convert the people from this area to Christianity.

Throughout the second half of the nineteenth century Sir Wilfrid Lawson, 2nd Baronet, of Brayton made many political and non-political speeches in the neighbourhood, and occasionally made reference to the above phrase. At the opening of the West Cumberland Dairy, in Jan 1889, he made the following reference.

"In olden days Aspatria used to be a railway terminus, and some of us are old enough to remember that when the train pulled up from Maryport, the porter used to come to the door and shout Speytrie, un' git oot."

'Old Bill', as he was affectionately known, was born at Aspatria in 1817. A former agricultural worker, he became a railway employee with the Maryport & Carlisle Railway Company in about 1850. His antics were first brought to the attention of a wider public in October 1863, when he became the subject of a comical sketch at a local concert. During the Music Hall rendition, the Brothers Bouch presented a self-penned song entitled, 'Bill, the Railway Porter'. A performance often repeated by popular demand at the season of penny readings performed throughout the 1860s. Unfortunately the lyrics no longer exist, only the joke remains as a curt reminder.

The Rev. William Slater Calverley, vicar of St. Kentigerns (1888–97), referred to the phenomena in his seminal study, 'Early Sculptured, Crosses, Shrines and Monuments', with the following paragraph;

"Aspatrick" which is another name for "St Patrick," and which people pronounce "S'Patrick"; as witness what many folks remember, when the Maryport & Carlisle Railway terminated at Aspatria, and the porter now deceased used quite politely to show out the first-class passengers; but, coming to the third class carriages, threw open the doors and shouted "S'Patrick, get out!"

Recent research at the University of Warwick by Professor William Bailey suggests an alternative Roman [Latin] origin for the name Aspatria, being "place where the asparagus grows" arising from his research into the supply of foodstuffs to the garrisons along Hadrians Wall.

An electoral ward exists with the same name. This ward stretches east to Allhallows with a total population taken at the 2011 Census of 3,380.

Prior to the opening of the Brayton Domain Collieries the people of Aspatria had two places of worship, the long established Anglican parish church of St. Kentigern's and a non-conformist chapel of the Congregationalist persuasion, built by Sir Wilfrid Lawson, in 1826. The latter is now a café with dwelling behind. However, with the influx of new workers came a demand for new institutions. In 1864, the Primitive Methodists built a chapel in the lower end of Lawson Street. Twenty years later, to cater for their expanding congregation they built a new chapel, with adjoining manse for the minister, at the junction of Queen Street and Brayton Road, while retaining the original building for use as a Sunday school. In the 1980s they sold the property, which the new owner demolished and replaced with a private house. In 1874, a group of Bible Christians, originally from Cornwall built a chapel at the bottom of Richmond Hill. This is also now the site of a private house. The Wesleyan Methodists built their first chapel on the corner of North Road and Queen Street in 1898. This proved too small and was replaced by the existing building in 1921. Although the small numbers of Roman Catholics have had a variety of meeting places over the years, they have never built a church.

The parish is bounded on the North by the parishes of Bromfield and Westnewton; on the West by Gilcrux and Crosscannonby; on the South by Plumbland and Torpenhow; and on the East by Bromfield and Allhallows.

Next to the railway station is a small industrial area where mattress manufacturer Sealy have maintained their British head office since 1974. There is also the First Milk creamery, a farmers' co-operative which produces Lake District Cheese, now the third best-selling Cheddar Brand in the UK. 60 tonnes of cheese are produced daily, using 800,000 litres of milk. The business of the Aspatria Farmers, formerly the Aspatria Agricultural Cooperative Society is also close by.

Aspatria Hornets are the local rugby league team. Aspatria is also home to rugby union club Aspatria RUFC, currently playing in the RFU's North Lancashire/Cumbria Division. The 'Aspatria Eagles' are the club's second team, and the 'Aspatria Sinners' are the women's team. Aspatria FC are the town's football club who compete in the Tesco Cumberland County Premier League. 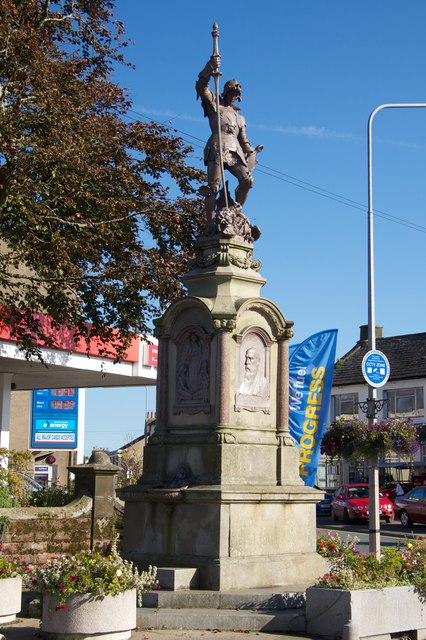 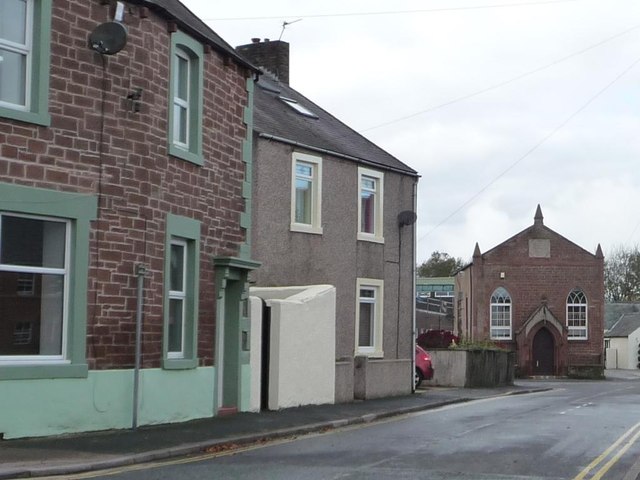 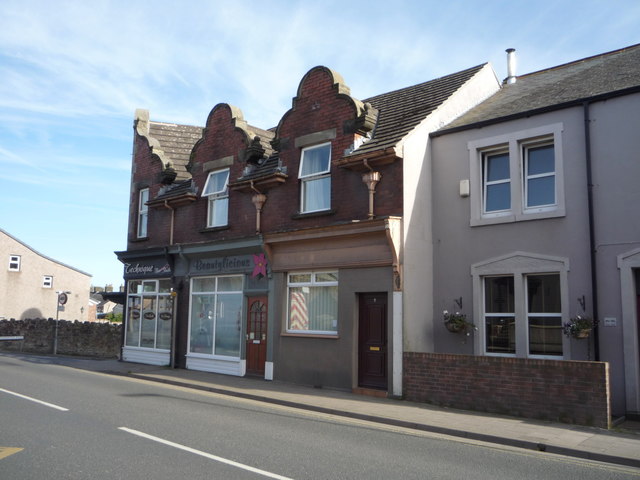 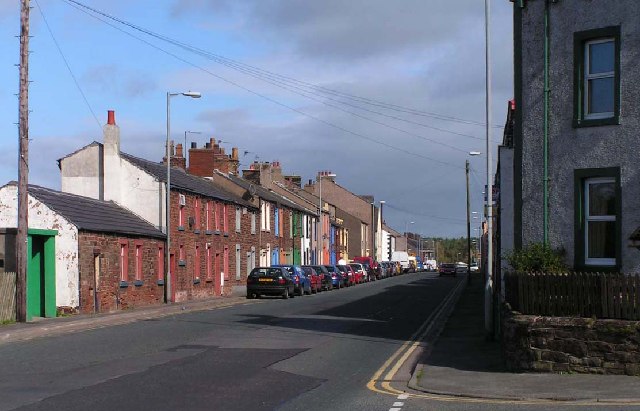 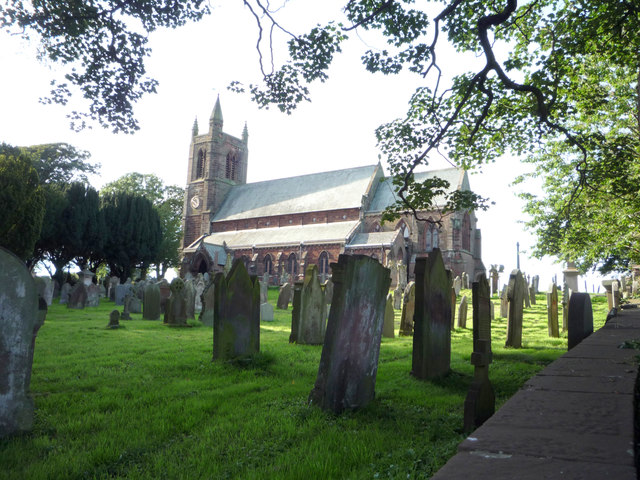 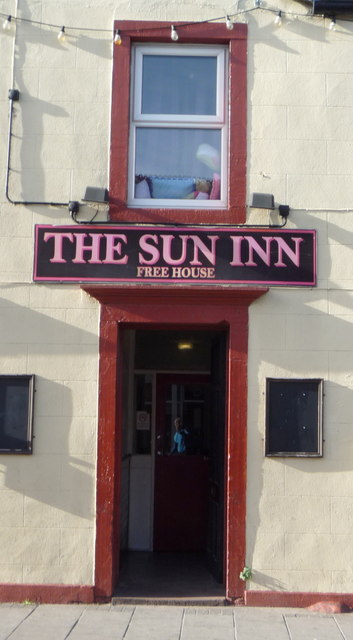 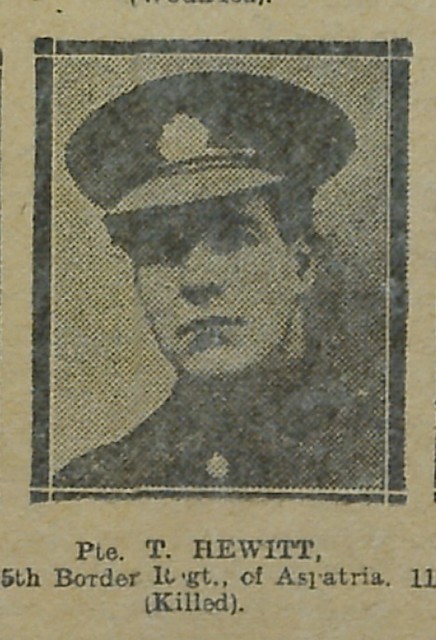 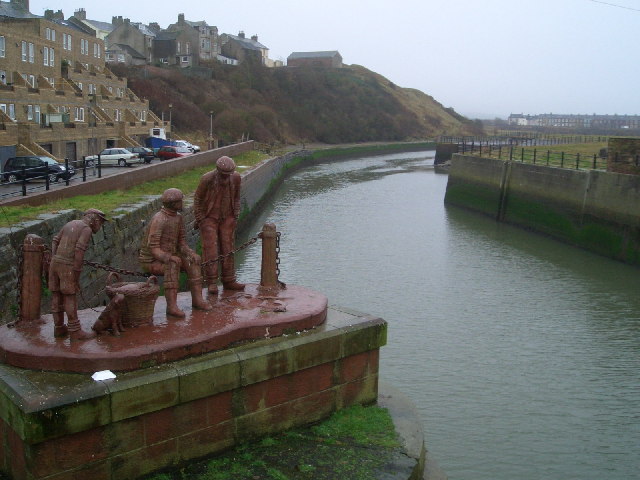 River Ellen
- Overview About the River Ellen &nbsp; The Ellen is a river in the English county of Cumbria, flowing from Skiddaw in the Northern Fells to the Solway Firth at Maryport. ... 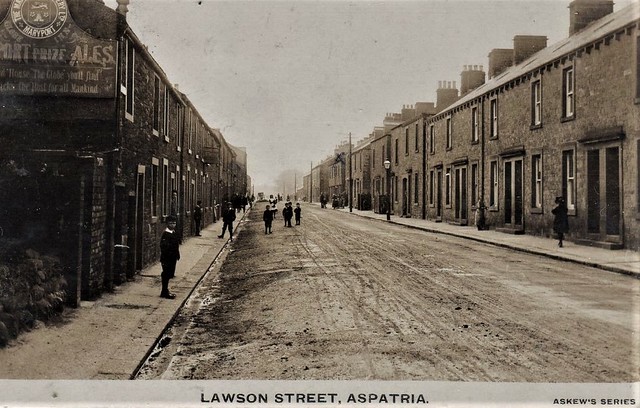 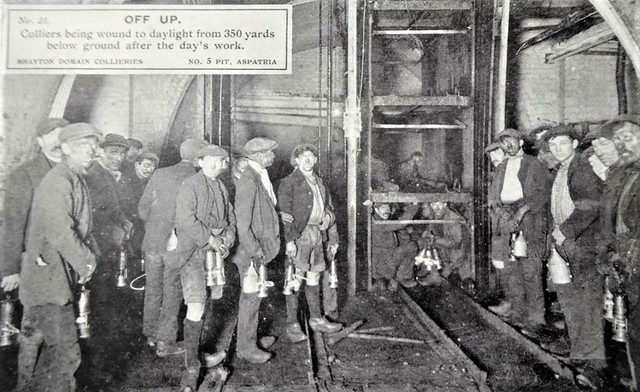 River Ellen
- Overview About the River Ellen &nbsp; The Ellen is a river in the English county of Cumbria, flowing from Skiddaw in the Northern Fells to the Solway Firth at Maryport. ...

Historic Buildings and Monuments in Aspatria