ROKEBY (St. Mary), a parish, in the union of Teesdale, wapentake of Gilling-West, N. riding of York, 3 miles (S.E. by S.) from Barnard-Castle; containing 162 inhabitants. This place belonged to the Rokebys, a Saxon family, who had a fortified mansion here, which was almost wholly destroyed in the incursion made by the Scots after the battle of Bannockburn. The owner of Rokeby having become proprietor of Mortham, in the parish, by marriage with the heiress of the Manfields, built a dwelling there about the beginning of the reign of Edward III.; and the principal branch of the family made it their residence until the period of the Commonwealth, when they declined. Sir Thomas Robinson, Bart., built the present Rokeby Hall, planted the park and grounds, and added to the estate the manor and lands of Eggleston Abbey, which he purchased from the Lowthers. He afterwards disposed of the whole to John Sawrey Morritt, Esq., of Cawood, who removed hither, and died in 1791, leaving it in the possession of his son, the late J. B. Sawrey Morritt, Esq.

Rokeby is situated at the confluence of the Tees and the Greta. It has always been distinguished for the beauty of its river scenery, and has been celebrated by the poetry of Mason and Scott, both friends of the late owner, and the former of whom made it his favourite retreat. The Hall is in the Palladian style, adopted from Lord Burlington's designs, and after the model of the Italian villa; it contains some rare marbles, relics of high value, and pictures, chiefly collected by Sir Thomas Robinson. The parish comprises by measurement 1110 acres, of which 348 are arable, 705 grass-land, and 57 wood and plantations; the soil is generally a rich loam, and the majestic woods and verdant pastures on the banks of the rivers are proofs of its fertility. The living is a discharged rectory, valued in the king's books at £4. 3. 9., and in the patronage of the Crown: the tithes have been commuted for £151, and the glebe consists of 5 acres, with a good parsonage-house. The church, situated near the manor-house, was completed in 1778, by Sir Thomas Robinson, in lieu of one demolished in 1730; it is a small plain edifice, with an open belfry, and arched windows. A Roman road led through the parish; and here are vestiges of an encampment, near which various inscribed stones and other Roman relics have been found. In a close adjoining the embattled keep of Mortham, the ancient residence of the Rokebys, is a large tomb, removed thither from Eggleston Abbey, and the sides of which are ornamented with shields. 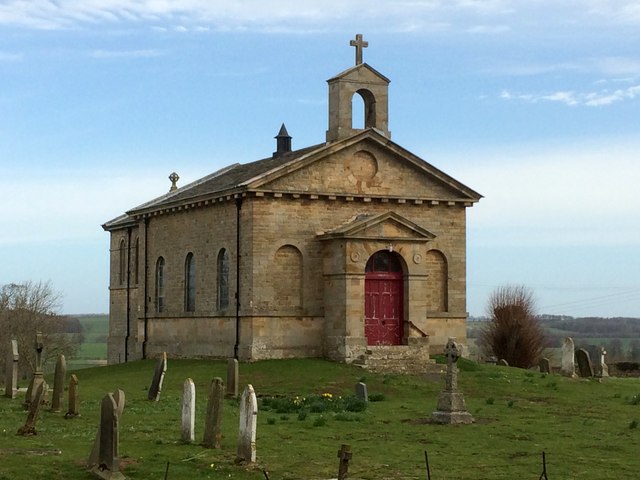 Rokeby
- Today Rokeby is a civil parish near Barnard Castle, County Durham, in Teesdale, close to the boundary with North Yorkshire. The A66, one of the main roads&nbsp;across the north Pennines, ...

Eggleston Abbey Township, 1848
- EGGLESTON-ABBEY, a township, in the parish of Rokeby, union of Teesdale, W. division of the wapentake of Gilling, N. riding of York, 1&frac12; mile (S.E. by S.) from Barnard-Castle; containing ...

Rokeby
- Today Rokeby is a civil parish near Barnard Castle, County Durham, in Teesdale, close to the boundary with North Yorkshire. The A66, one of the main roads&nbsp;across the north Pennines, ...

Eggleston Abbey Township, 1848
- EGGLESTON-ABBEY, a township, in the parish of Rokeby, union of Teesdale, W. division of the wapentake of Gilling, N. riding of York, 1&frac12; mile (S.E. by S.) from Barnard-Castle; containing ...