The Travelodge hotel and Sambuca restaurant on Station Lane, Gilesgate, was the former railway station for Durham. The station was built in 1844 by G.T. Andrews for the Durham and Sunderland Railway Company.[1] At that time it was then the main Durham station for trains to London. This station was active during World War I as a goods station; after the station closed the building was used as a builder's merchants for a time.[2] The former station is Grade II listed on the National Heritage List for England. Around the corner from the hotel is a street call 'The Sidings' - another reflection of its railway past. 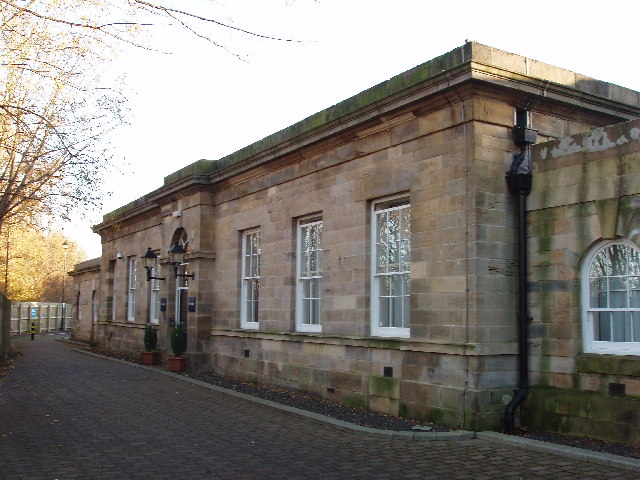 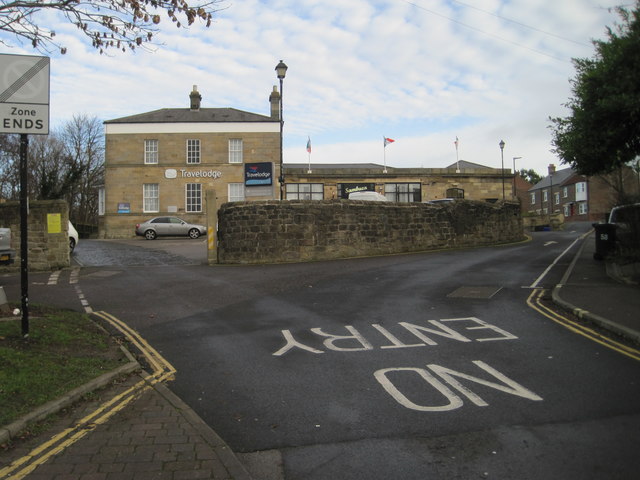 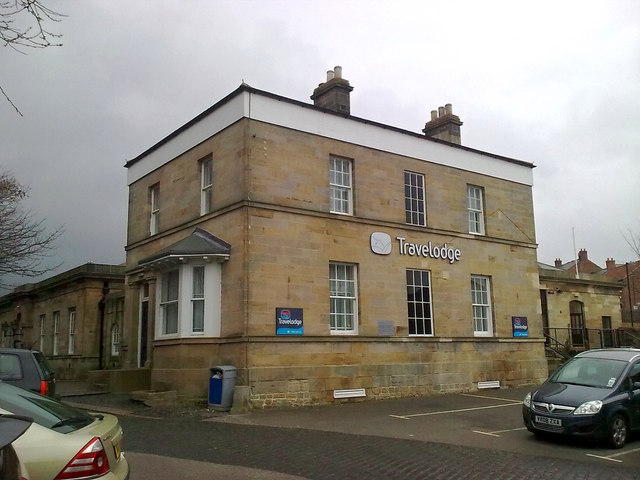 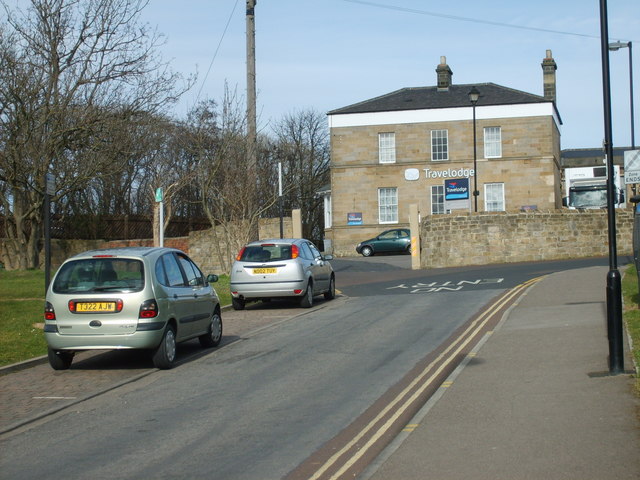