Longovicium was a Roman fort established in the mid 2nd century AD, which lay on Dere Street, the Roman road connecting York with the forts along Hadrian’s Wall. Its location at the top of Cadger Bank to the west of the Lanchester was commanding vantage point over the valley. The fort was an estimated 160m by 140m in size, and accommodated approximately 1,000 troops . Geophysical surveys by archaeologists have discerned the location of the headquarters buildings, a bathhouse and barrack buildings. The fort was occupied from 160 until 400 AD. There was the an associated civil settlement (vicus) associated with the fort, with buildings on both sides of Dere Street.

The remains of the fort are located on private land, but can be viewed from the roadside, with some sections of the fort walls still standing to a height of 1.5m. Longovicium is a Scheduled Monument. Columns from the Roman fort were incorporated into All Saints' Church, built in 12th century. The church also houses a Roman alter from Longovicium.

Longovicium (or Lanchester Roman Fort) was an auxiliary fort on Dere Street, in the Roman province of Britannia Inferior. It is located just southwest of Lanchester in the English county of Durham, roughly to the west of the city of Durham and from Consett.

Longovicium was situated between the forts of Vindomora (Ebchester), and Vinovia (Binchester) on Dere Street, the main Roman road linking Eboracum (York) with Hadrian's Wall and beyond. It is about south of the wall, and was built on high ground with clear views around the site. Some archaeologists have postulated that a road may have existed connecting the fort at Longovicium to the one at Concangis (modern-day Chester-le-Street), but this has yet to be proven.

The fort is listed both in the Notitia Dignitatum and in the Ravenna Cosmography. The name Longovicium is derived from Brittonic, *longo-, "ship" and *uic-, "warrior/fighter".

A construction slab identifies the Legio XX Valeria Victrix (Twentieth Legion) as having built the fort, but as is usual, this gives no real clue as to when the fort was actually built. It is estimated to have been built later than the other forts on Dere Street, around 150 AD, and there are evidences that it was rebuilt around 230/240 AD and again in the early 4th century.

The fort had a typical rectangular 'Playing Card' shape and had four gates, being surrounded by a ditch. Despite never having systematically excavated the site, archaeologists have found the remains of the headquarters buildings, a bathhouse and some barracks buildings through the use of geophysical survey. Remains of a nearby vicus have been found, and its traces can be seen through aerial photography. A cemetery was also discovered in the 20th century to the southwest of the fort, with examples of stone-lined burials and cremations sites. The fact that the fort is located on fields that have not been ploughed means its condition is remarkable, although stone robbing has taken its toll. A column, probably from the colonnade of the Commandant's House, can be found in the nearby All Saints' Parish Church, as can an altar dedicated to the goddess Garmangabis.

Andrew Breeze has argued that the Battle of Brunanburh took place at Longovicium. He interprets Brunanburh as meaning 'stronghold of the Browney', the river which passes the fort.

Longovicium is also interesting in having a copious water supply, from two aqueducts, one of which was fed from an impounded source to the west. The dam harnessed the water of 21 springs and was high and in length, being stone faced and clay lined on the inside. Despite not being on the scale of those supplying cities, the Longovicium aqueduct was nevertheless a significant feat of engineering, being considered one of the best preserved aqueducts in Britain. There is also a receiving reservoir near the fort itself. The Dolaucothi gold mines had a larger number of aqueducts, and numerous reservoirs, which are also very well preserved. The water supply at Dolaucothi was used for hydraulic mining and hushing gold deposits, while that at Longovicium is currently unknown.

The above-average usage of water might be attributed to the demands of the baths, latrines and the possible Armamentarium, although industrial usage is more likely, since all forts would have baths and latrines. Large-scale smithing or smelting is assumed to have been carried out within the fort or the associated vicus judging by the large quantities of slag and cinders found at the site. This would seem to support the thesis that this particular fort was home to an Armamentarium, or arms store, where weaponry was fabricated and stored. This would supply not only Longovicium but other nearby forts. However, the site is almost unique in Britain for the size of its water supply, and the remains imply large-scale iron smelting, perhaps assisted by watermills for forging iron products.

Much of what we know about the site is due to the large number of altars, dedication slabs and a milestone dedicated to emperor Gordian III found half a mile away from the fort on the path of Dere Street. Gods worshipped include traditional Roman deities such as Jupiter, Mars, Mercury and Silvanus and Celtic and Germanic ones such as Garmangabis. From such stones and building inscriptions we know who built the fort and eventually garrisoned it.

During the 1st century AD, two stones (an altar and an inscription) attest that the Cohors Primae Fida Vardulorum Milliaria Equitata Civium Romanorum (The First Cohort of Faithful Varduli, one-thousand strong, part-mounted, citizens of Rome) were present at Longovicium. This unit of Varduli had its origins in Hispania Tarraconensis, Gipuzkoa, in northern Spain, where the unit was raised. This unit was also present at other forts in the Britannia Superior, such as Castlecary, Bremenium (High Rochester), Corstopitum (Corbridge) and milecastle 19 on Hadrian's Wall. The Tarraconensis region of Spain was the most important source of gold, tin, copper and other metals and minerals in the entire Roman Empire, and the Romans applied water power on a large scale for hydraulic mining using aqueducts to tap the local rivers. The remains of their mining efforts can be seen today at Las Médulas, for example. It may not be coincidental that Lanchester possesses so many aqueducts and reservoirs, although they must have been adapted for some other purpose.

Another two stone inscriptions, dated AD 238 and 244, attest to the Cohors Primae Lingonum (First Cohort of Lingones) and the Cohors Primae Lingonum Gordiana equitata (First Cohort of Lingones, Gordian's own, part mounted) as also being present there. The Lingones inhabited the Plateau de Langres in the Bourgogne region of France, near Dijon. There was also a detachment of Suebians (or Suevi) from Lusitania present at this time.

The 4th century AD sees the fort garrisoned by a native unit of Longovicians, an irregular part-mounted auxiliary unit commanded by Roman-Knights.

The Friends of Longovicium society, Durham County Council, Durham University and Newcastle University have been working together with the owner of the lands on which the fort is situated to eventually open the area for the public, turning it into a tourist attraction. Possible excavations are also envisaged. The project is currently worth a couple of million pounds, funds which the County Council is pursuing through the English Heritage.

Text from Wikipedia, available under the Creative Commons Attribution-ShareAlike License (accessed: 21/10/2016).
Visit the page: Longovicium for references and further details. You can contribute to this article on Wikipedia.
Lanchester Scheduled Ancient Monument Church of All Saints, Lanchester Dere Street Historic Buildings and Monuments in Lanchester Civil Parish Roman Period (43 to 409 AD) Heritage Sites 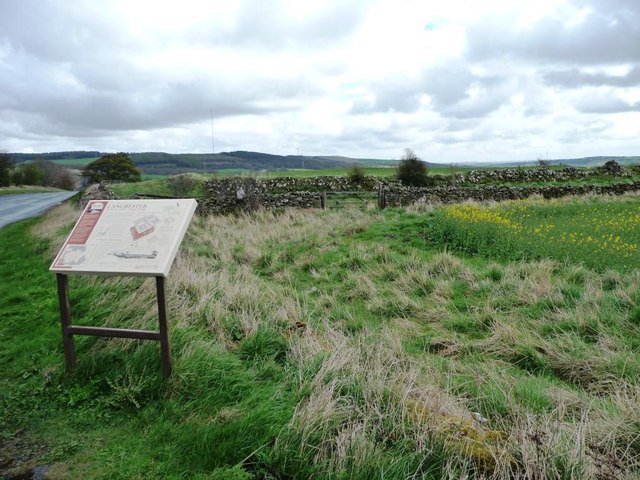 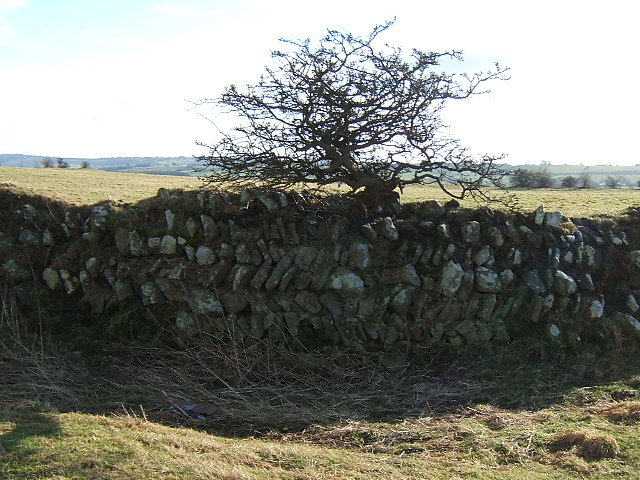 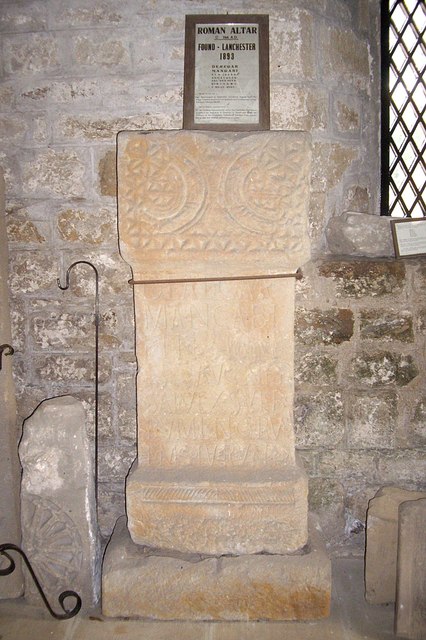 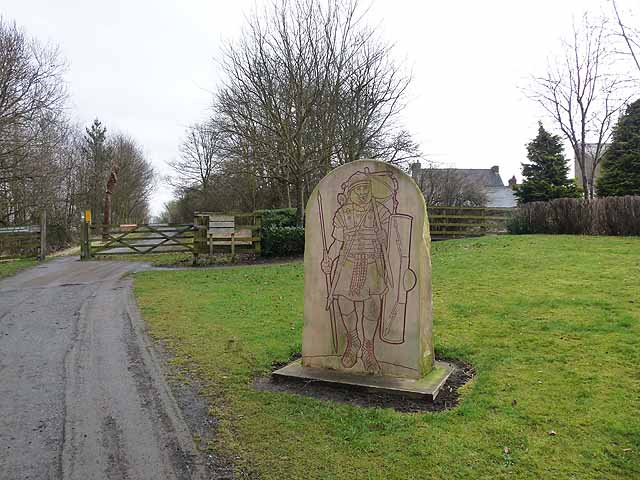 Church of All Saints, Lanchester