Gibside is a country estate, set amongst the peaks and slopes of the Derwent Valley, between Rowlands Gill, Tyne and Wear and Burnopfield, North East England. Gibside was previously owned by the Bowes-Lyon family. It is now a National Trust property. The main house on the estate is now a shell, although the property is most famous for its chapel. The stables, walled garden and Banqueting House are also intact.

The Blakiston family acquired the estate by marriage in about 1540. Sir William Blakiston (1562–1641) replaced the old house with a spacious mansion between 1603 and 1620. Both the Royal (King James I of England) coat of arms and the Blakiston coat of arms are seen over the entrance of the old Hall. The Gibside property came into the possession of the Bowes family in 1713; a result of the marriage between Sir William's great granddaughter, Elizabeth Blakiston, to Sir William Bowes (1657–1707) of Streatlam Castle (now demolished) in 1693.

Until 1722, the basis of the Bowes' influence was their own estate and castle of Streatlam. However after that date, the acquisition through marriage of the Blakiston estate gave the Bowes family an even greater influence in the north of the county and a share in the immense wealth that was to be acquired from the coal trade. The Blakiston estate included some of the area's richest coal seams.

In 1767, the granddaughter of Sir William Bowes – the "Bowes heiress" Mary Eleanor Bowes – married John Lyon, 9th Earl of Strathmore and Kinghorne, who changed his surname to Bowes due to a provision in her father's will that any suitor had to take the family name. This was a device to continue the Bowes lineage in the absence of a male heir.

Improvements to Gibside carried out by the Bowes-Lyon family included landscaping in the 18th century, a chapel (Gibside Chapel, built between 1760 and 1812), a banqueting hall, a column of Liberty, an avenue of oaks and several hundred acres of forest.

Gibside differs from many estates in that the main house, although grand, was not the focal point of the estate. The long walk actually runs from the Column of Liberty to the chapel and the mansion is located to one side. The house became vacant in the 1920s after death duties forced the Bowes-Lyon family to scale back its lavish lifestyle and give up some of its great houses. The building was stripped of its fixtures and fittings, with many of the fireplaces and other items being transferred to Glamis Castle. Parts of the structure were demolished in 1958, including the removal of the roof, and the remains are protected by Grade II listed building status.

Parts of the grounds have been designated a Site of Special Scientific Interest, including a forest garden that is currently under restoration. There are several outstanding buildings, including a Palladian chapel and others awaiting or undergoing restoration.

The chapel and Grand Walk have been in the National Trust's ownership since 1965 and an additional of the grounds were acquired in 1993. The Banqueting House has been in the ownership of the Landmark Trust since 1981, the building having been restored from a derelict shell.

Land army girls were billeted at Gibside during World War I.

Queen Elizabeth The Queen Mother – a direct descendent of Sir William Blakiston and thus the great great great granddaughter of Mary Eleanor Bowes – had fond memories of Gibside. During her youth, she had enjoyed trips with her father, Claude Bowes-Lyon, 14th Earl of Strathmore and Kinghorne to the estate, which was owned by her family. Both she and her husband, the Duke of York (later King George VI), visited the estate a number of times, the first time in July 1936 and the last being in 1968 when, as the Queen Mother, she made a private visit to the Gibside Chapel.

Gibside - National Trust
- Visitor information, photos and summary of the history of Gibside. 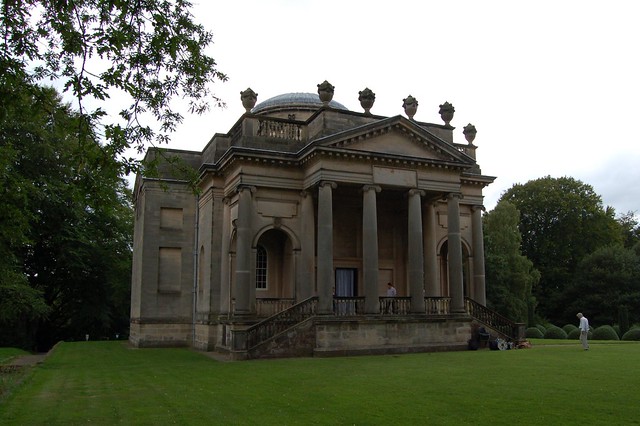 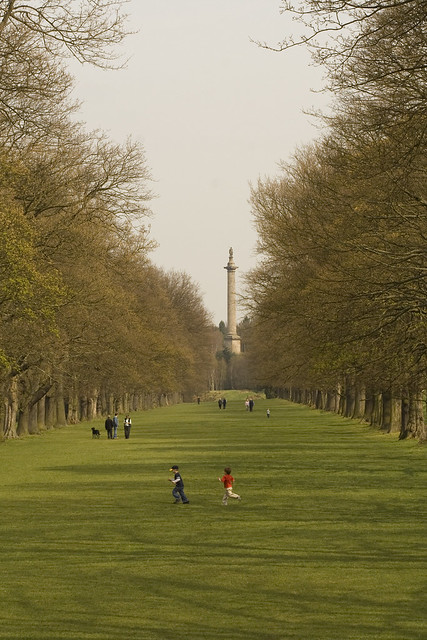 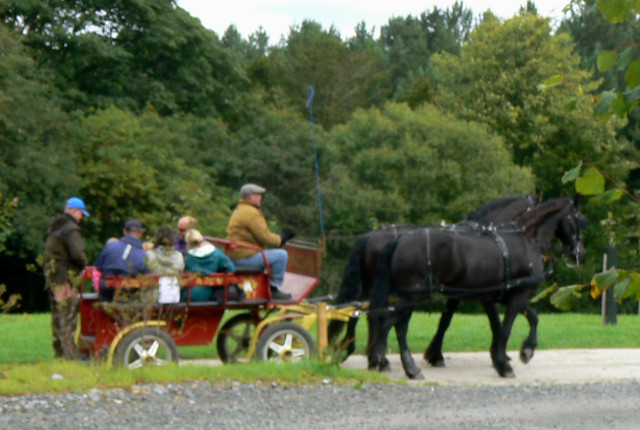 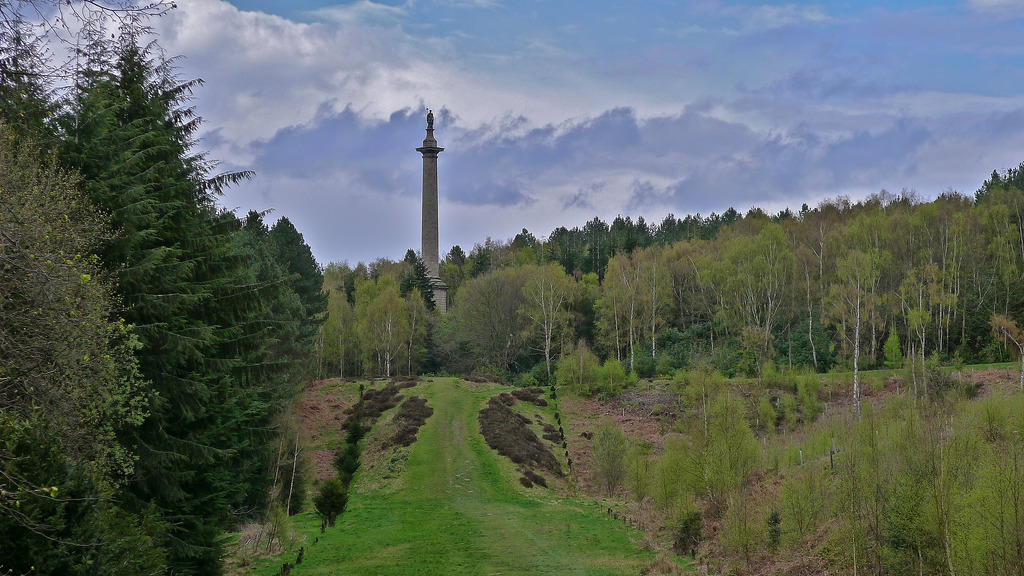 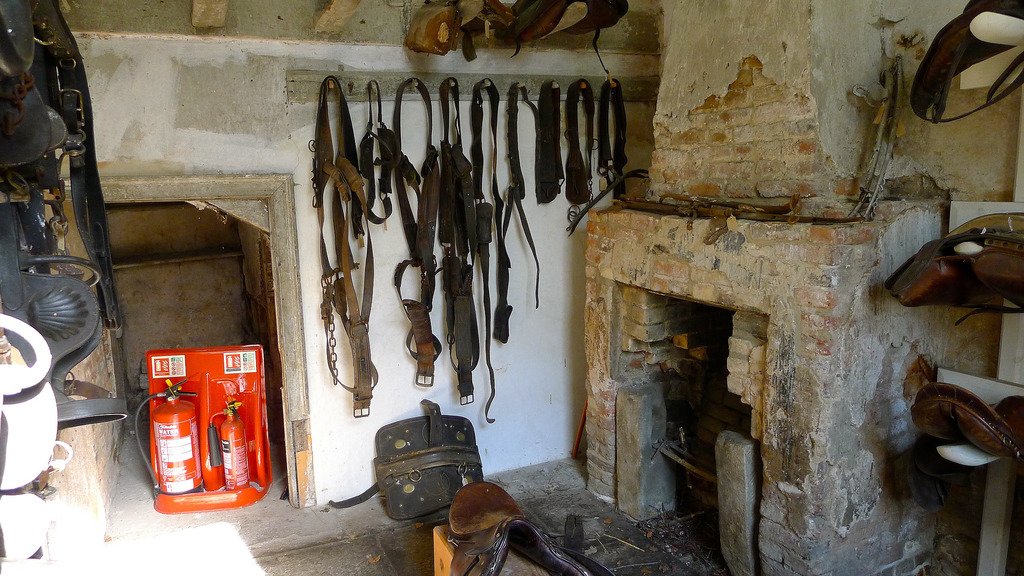 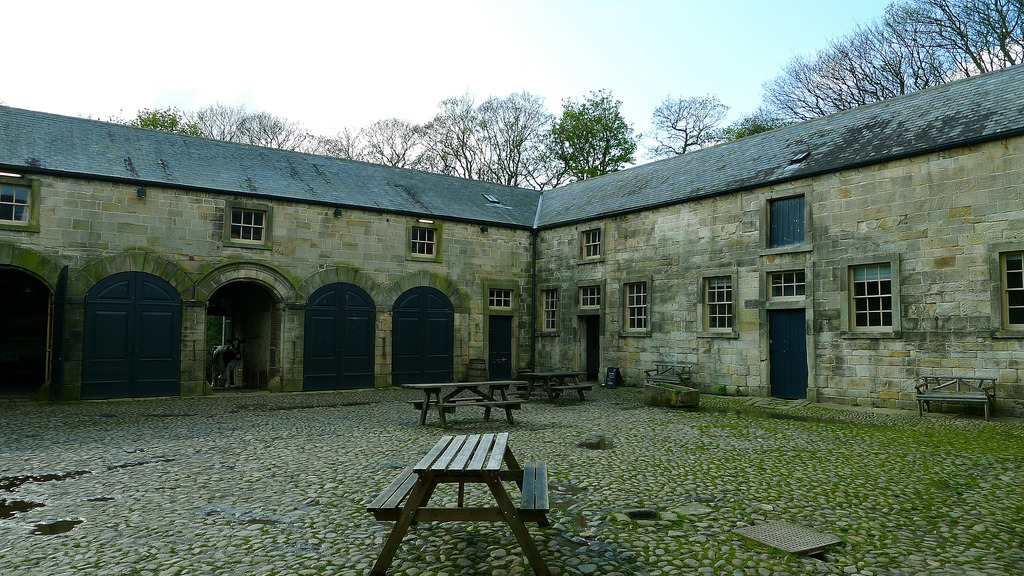 GIBSIDE - Park and Gardens - List Entry
- "Pleasure grounds laid out and embellished with a range of features by George Bowes during the period 1729 to 1760 with advice from Stephen Switzer who prepared designs in 1731 ...

Gibside - National Trust
- Visitor information, photos and summary of the history of Gibside.

GIBSIDE - Park and Gardens - List Entry
- "Pleasure grounds laid out and embellished with a range of features by George Bowes during the period 1729 to 1760 with advice from Stephen Switzer who prepared designs in 1731 ...

Pond near the Monument, Gibside