The remains of the medieval chapel in North Gosforth were uncovered when the Melton Park housing estate was built in the 1950s.[1] The earliest documentary reference to a chaplain here was in 1296, though the syle of the builsing suggests it was built in the 12th century. The building is thought to have fallen into ruin in the 17th century, although burials on the site may have continued into the next century. A geophysical survey in 2005 detected a probable ditch forming the forming of the graveyard around the north side of the chapel, and a possible boundary wall to the south.[2] The ruins are Grade II* listed and a Scheduled Ancient Monument.
North Gosforth Grade II* Listed Scheduled Ancient Monument Historic Buildings and Monuments in Newcastle 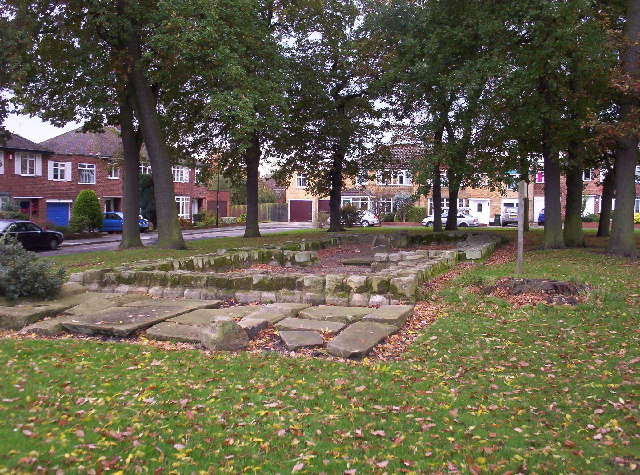 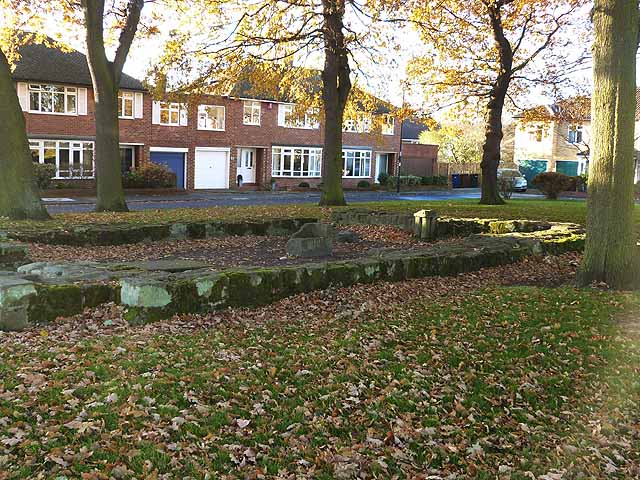