Originally built as part of the Monkwearmouth Junction Line, it provided the first direct railway link between Newcastle and Sunderland. The bridge is now used by Tyne and Wear Metro and Durham Coast Line services.

The bridge was designed by T.E. Harrison: it consisted of a main span, an iron bowstring bridge, constructed from box girders connected by a Vierendeel truss with curved corner strengthening to create elliptical voids in the bracing. The iron bridge was supported above high water level on the Wear. At either end of the bridge were three span masonry arches. Hawks, Crawshay and Sons built the ironwork, John Waddell was contractor for the stonework. At the time of its construction it was claimed to be the largest hogsback iron bridge in the world.

The structure was grade II listed in 1978, planning consent was required for alterations to the structure circa 2000 for works relating to Metro construction: for the installation of overhead line electrification; and for the construction of a station (St Peter's Metro station), constructed on the northern approach viaduct of the bridge. In 2007 the bridge underwent repairs and strengthening, including the installation of 45 new transverse beams.

Since 2002, the bridge has also carried the Tyne and Wear Metro. It is part of the modern (2012) Durham Coast Line. 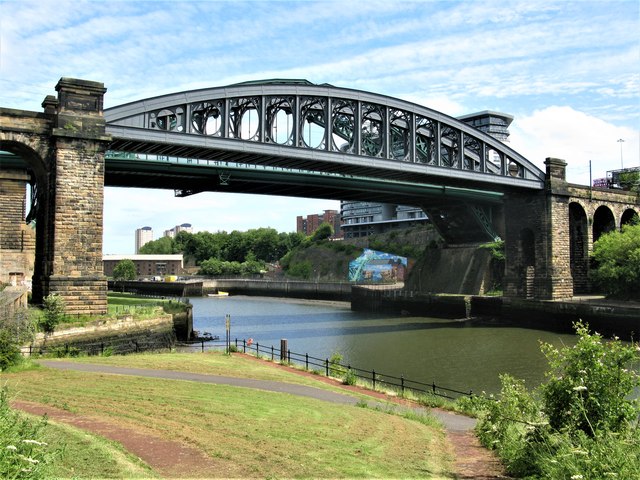 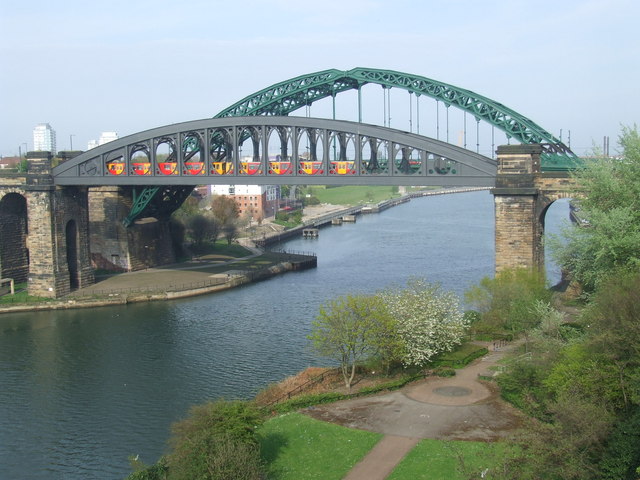 Bridges over the Wear 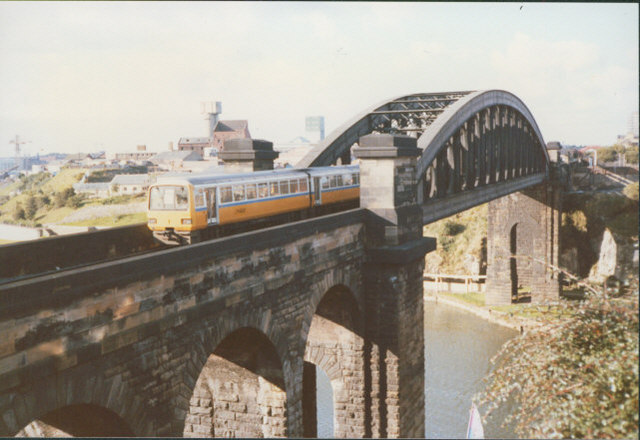 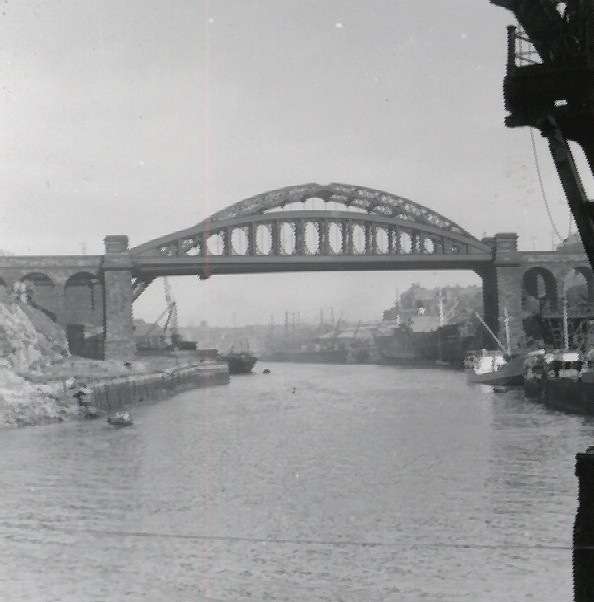 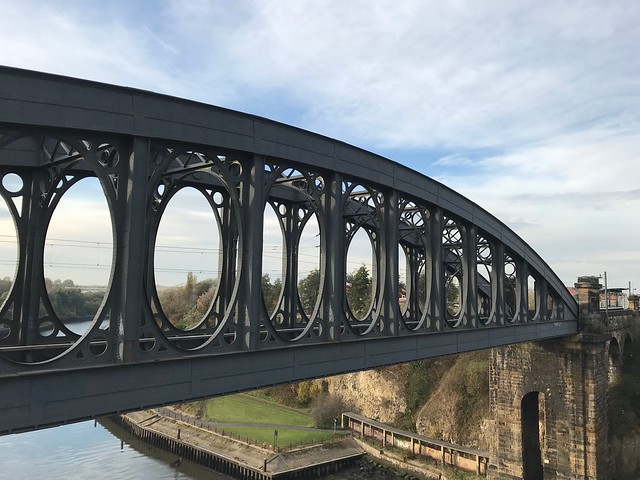 Wearmouth Bridge, Sunderland
- The Wearmouth Bridge is a through arch bridge across the River Wear in Sunderland. Photo by Sandra, 3 June 2006, licensed under the Creative Commons Attribution 2.0 Generic license ... 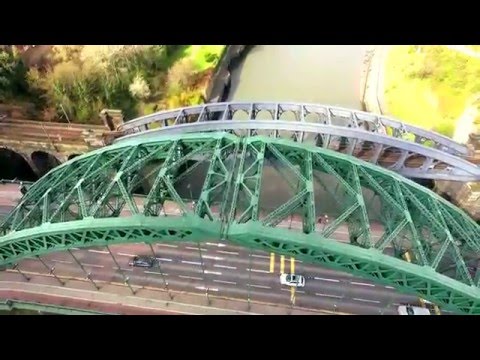 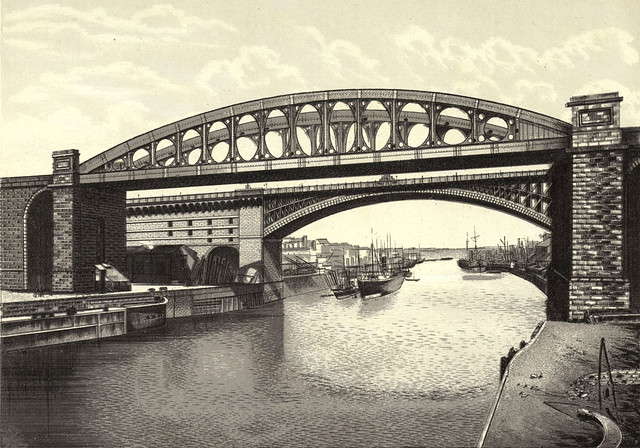 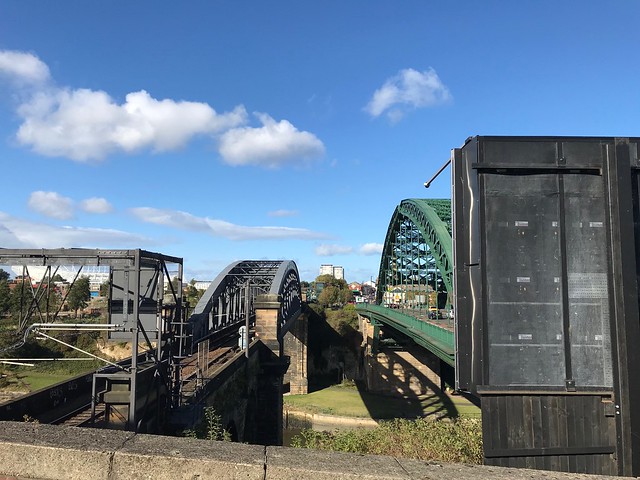 Bridges across the Wear

Bridges over the Wear

Wearmouth Bridge, Sunderland
- The Wearmouth Bridge is a through arch bridge across the River Wear in Sunderland. Photo by Sandra, 3 June 2006, licensed under the Creative Commons Attribution 2.0 Generic license ...

Bridges across the Wear