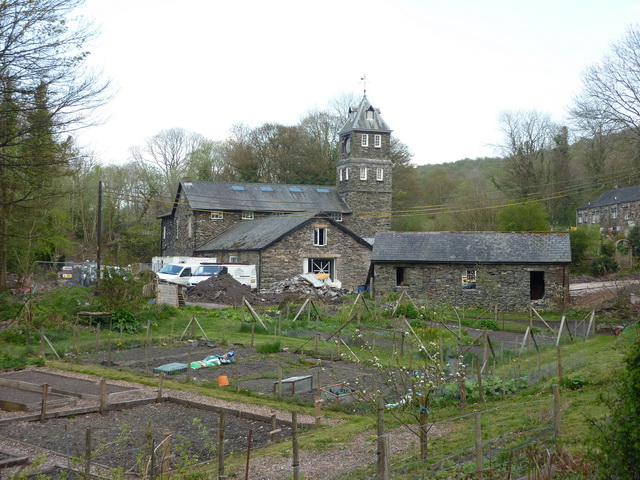 The Low Wood Gunpowder Works, located on the east banks of the River Leven at Low Wood, were in operation from 1799 to 1935. Before that the site was Low Wood Iron Works. The Clock Tower buildings here were built in 1849. The site is a Scheduled Monument and considered to be the best-preserved 19th century gunpowder works in northern England.[1] It retains many of its components, including a 19th century Robey boiler used in the gunpowder drying process. Two in situ water turbines occupying former wheelpits illustrate the evolution of water-powered technology. During the Second World War the Clock Tower buildings were commandeered to house American troops and supplies. After the war, the buildings were used for storage and retail purposes. The building now houses the Clock Tower Business Centre, following redevelopment of the building in 2010.[2] The Clock Tower works is Grade II* listed on the National Heritage List for England.

Low Wood Gunpowder Works (also Lowwood) was a gunpowder mill founded in Furness, England, at the end of the 18th century. It became a significant supplier, and survived as a business until taken over by Imperial Chemical Industries around 1930. The works has been disused since 1935.

The mill was set up on an estuary site, for sea access, on the River Leven. Initially it was called Daye Barker & Co., the founding partners being Daye Barker, James King, Christopher Wilson and Joseph Fayrer. The surviving Clock Tower Works is a Grade II* Listed Building.

Gunpowder production in the area (now southern Cumbria) had begun in 1764, with a mill at Sedgwick built by John Wakefield of Kendal. An important aspect was the supply of the triangular trade, in particular of Liverpool merchants engaged in it. The Low Wood works started to operate in 1798.

The Lowwood site, near Haverthwaite, had been used earlier for a forge of the 17th century, under the alternate name Burnbarrow (closed down by 1620). In the 18th century Isaac Wilkinson set up a furnace for iron production. A pre-existing weir may have been used by the forge. Factors favouring gunpowder mill sites in what is now Cumbria included the existing charcoal industry and water power.

Daye Barker left his cotton business at nearby Backbarrow in 1798. Daye Barker & Co was issued a gunpowder licence on 2 October of that year.

The mill made black powder, mixing imported sulphur and saltpetre with charcoal, which initially was made locally. It adopted the suggestion of government adviser Richard Watson, to control the conditions under which charcoal was prepared, as charcoal cylinders, for greater reliability. The large demand created for charcoal was met from coppices on Windermere, Coniston Water and Esthwaite Water. The best woods from the point of view of powder grain size were juniper (local name "savin"), followed by alder and silver birch.

The Leven was navigable nearly to Low Wood Bridge, which may have been erected by the company. Fayrer, who died in 1801, was a former slaver captain, and was the company's agent in Liverpool, an important export market for gunpowder in particular to West Africa. He also was in charge of the import via Ulverston of raw materials. Wilson's uncle Thomas Parke operated there. Fayrer's role was taken over by the firm of Preston & Winder, with Gerrard Preston, a slaver captain and merchant from Lancaster. He had died by 1804, his firm having been wound up at the start of 1803.

After the Slave Trade Act 1807 the company switched largely to the manufacture of blasting powder, a market in which it became prominent. Daye Barker died in 1835. He was replaced in the company by his son of the same name.

A narrow gauge tramway was constructed for the mill. The normal transportation arrangement was: to a store at Roudsea, then by sloop to Greenodd or Ulverston. The company had a magazine at Liscard in the Wirral, licensed under the Gunpowder Act 1772. A branch line to the Furness Railway was opened in 1869. In the 1880s Bark Barn in Roudsea Wood near Haverthwaite may have been used as a store. The safety record was poor, with explosions occurring to 1903.

The younger Daye Barker left the partnership in 1858. The Lowwood Company became a limited company in 1863. It was taken over in 1882 by W. H. Wakefield & Co, who operated the Gatebeck Gunpowder Mills near Kendal. 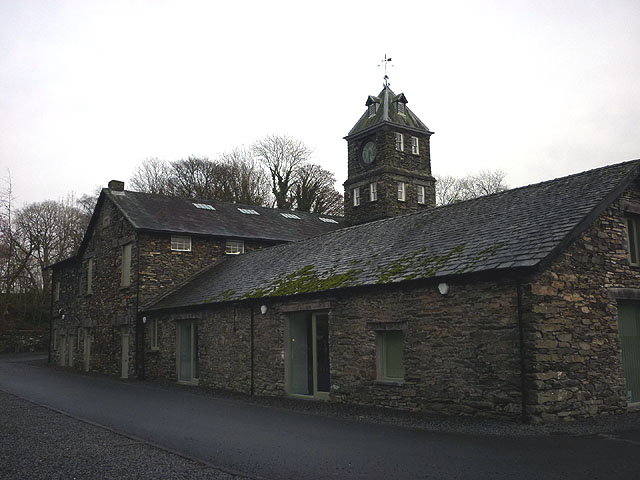 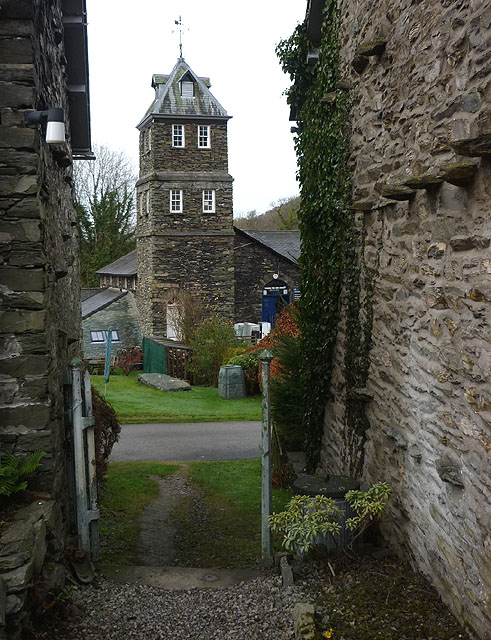 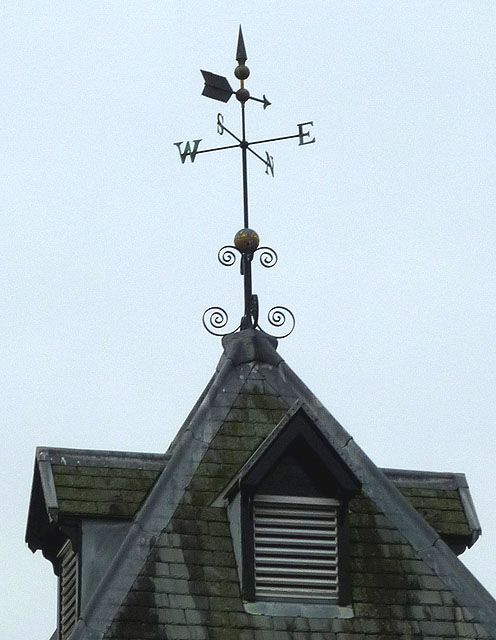 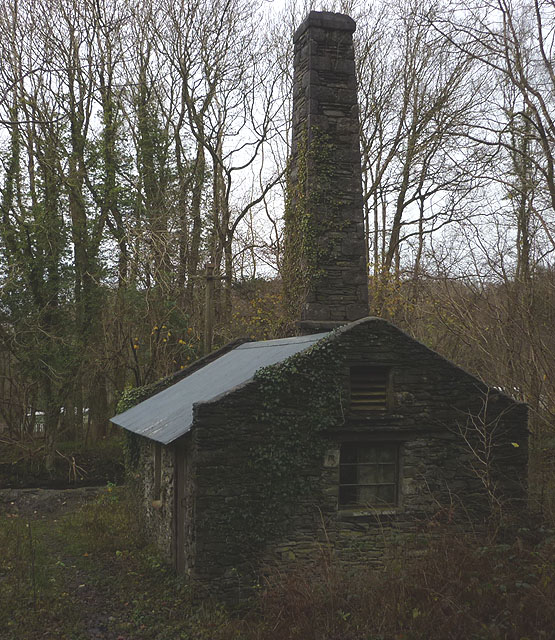 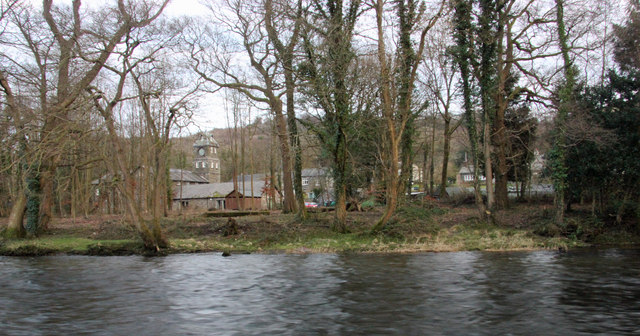 Clock Tower across the Leven 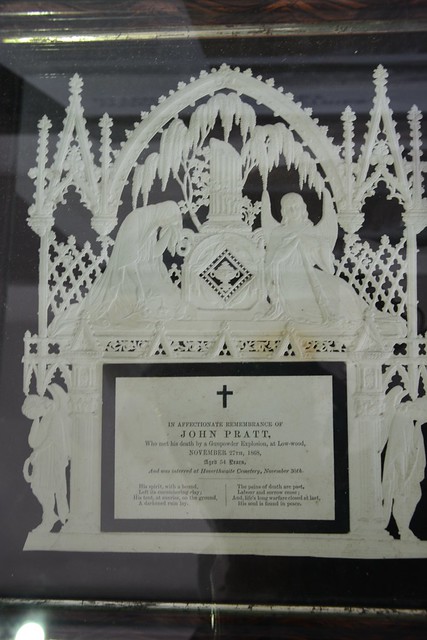 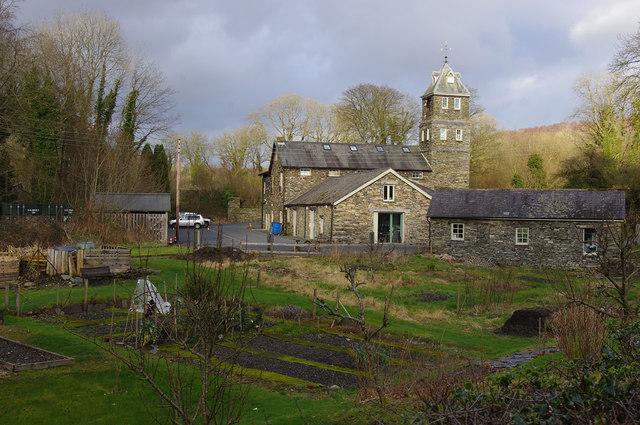 The Clock Tower Business Centre
- "Built on the site of a former Gunpowder works, the Clock Tower is a unique development that blends the traditional Lakeland slate buildings and heritage of the area with everything ...

History of the Site - Clock Tower Works
- "Since the mid eighteenth century, the area now known as "South Lakeland" has had seven gunpowder mills operating in it. The oldest was "Old Sedgwick" established in 1746, while the ...

Clock Tower across the Leven

The Clock Tower Business Centre
- "Built on the site of a former Gunpowder works, the Clock Tower is a unique development that blends the traditional Lakeland slate buildings and heritage of the area with everything ...

History of the Site - Clock Tower Works
- "Since the mid eighteenth century, the area now known as "South Lakeland" has had seven gunpowder mills operating in it. The oldest was "Old Sedgwick" established in 1746, while the ...