LEVENS, a chapelry, in the parish, union, and ward of Kendal, county of Westmorland, 3 miles (N. by W.) from Milnthorpe; containing 993 inhabitants. On the eastern bank of the river Kent, which is crossed by a bridge on the Kendal road, is Levens Hall, the venerable mansion of the Howards, embosomed in a fine park, and crowned with towers, which, overtopping the highest trees, command extensive prospects on every side. The entrance hall contains various relics of ancient armour; one of the bed-chambers is hung with splendid Gobeline tapestry, and most of the other rooms are decorated with oak wainscoting exquisitely carved, and costly hangings of the richest colours. In the park are the ruins of a circular edifice, called Kirkstead, said to have been a Roman temple dedicated to Diana. There is also a petrifying spring, termed the Dropping Well; and above the park is Levens Force, a picturesque waterfall of the river Kent, formed by the dam erected to work the powder-mills at Sedgwick. There are limestone-quarries. The chapel, dedicated to St. John, an edifice with a low tower, was erected in 1828, at a cost of £2500: the living is a perpetual curacy, in the patronage of Trustees; net income, £200, with a house. The Howard family built the chapel, a parsonage, and schools, and endowed the living. There is a place of worship for Wesleyans. From the chapelyard are most extensive views. 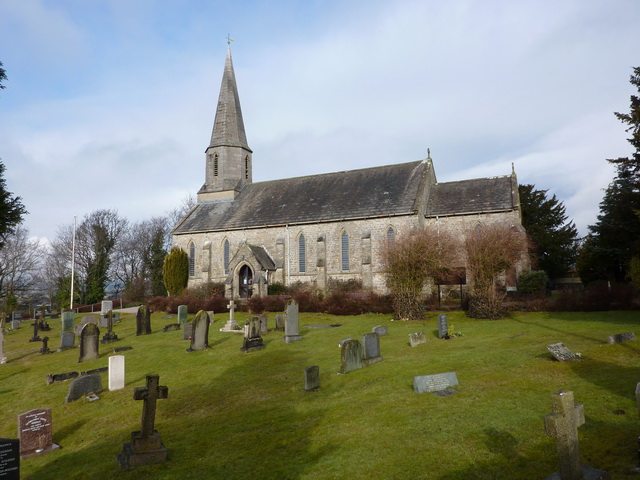