The House of Fraser Department Store (37 Linthorpe Road) is located in Middlesbrough town centre on the corner of Newport Road and Linthorpe Road. Built in 1957, the Portland stone building has an Art Deco style design, by W. & T.P. Milburn. this was one of the first of the new department stores built in Middlesbrough in the post-war period. The site had previously had a row of shops which were purched by Binns department stores in 1923, but this was destroyed by fire in March 1942.[1] Binns were taken over by House of Fraser in 1953. 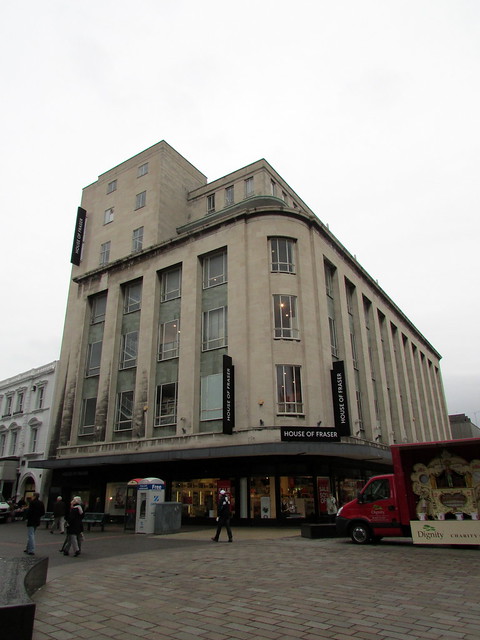 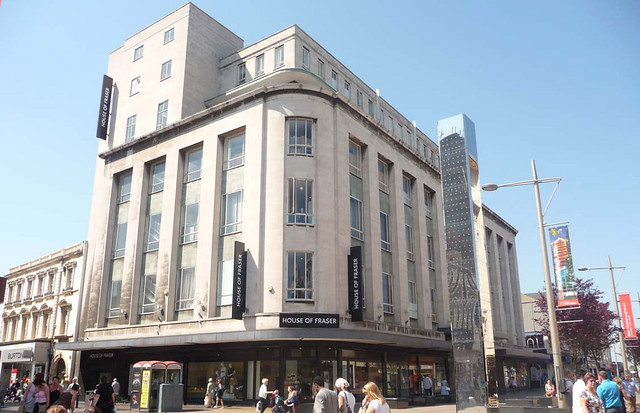 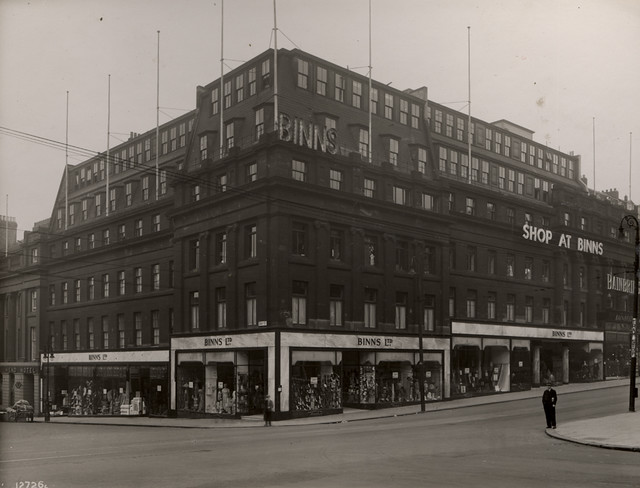