HART (St. Mary Magdalene), a parish, in the union of Stockton, N. E. division of Stockton ward, S. division of the county of Durham; comprising the townships of Dalton-Piercy, Elwick, Hart, Nesbit, Thorp-Bulmer, and Throston; and containing 728 inhabitants, of whom 278 are in the township of Hart, 4 miles (W.N.W.) from Hartlepool. This place appears, from the old foundations frequently discovered, to have been formerly of much greater extent and population than at present. The church, which was the mother church of Hartlepool, now a distinct parish, was granted with all its appendages, by Robert de Brus, to the priory of Guisborough; and here was a monastery, of which there are still some slight remains. The parish is situated on the road from Sunderland to Hartlepool, and comprises by computation 10,000 acres, about onefourth of which is pasture, and the rest arable, with the exception of 100 acres of woodland; the soil is for the most part a strong clay, and produces excellent wheat. Magnesian limestone is quarried for building and for repairing the roads, and coal is supposed to abound. The Hartlepool railway passes through the parish. The living is a vicarage, valued in the king's books at £11. 17. 1., and in the patronage of the Crown; impropriator, Frederick A. Milbanke, Esq.: the vicarial tithes have been commuted for £163. 15. 6., and the glebe comprises 71 acres. The church is an ancient and venerable structure in the Norman style, with a low massive tower; it contains a singularly elegant font of octagonal form, elaborately enriched with sculpture. In the register are recorded the deaths of 89 victims to the plague in 1587. 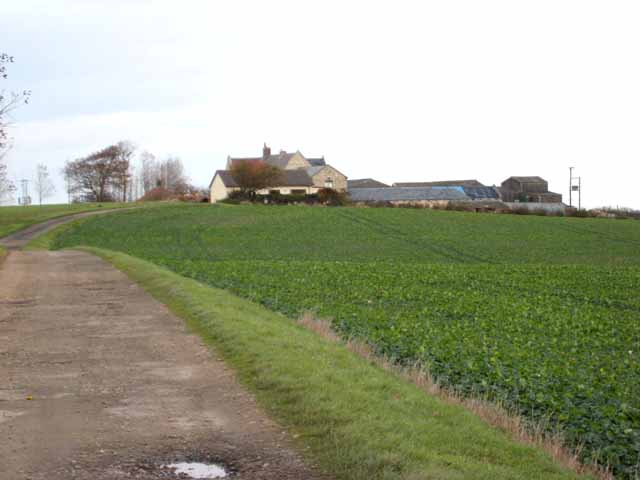 Nesbitt
- Overview Map Street View Nesbitt is a hamlet in County Durham, located about 3&frac12; miles north-west of Hartlepool, and to the south of Nesbitt Dene. The hamlet includes Nesbitt Hall ...

Nesbitt
- Overview Map Street View Nesbitt is a hamlet in County Durham, located about 3&frac12; miles north-west of Hartlepool, and to the south of Nesbitt Dene. The hamlet includes Nesbitt Hall ...