Guyzance is a village in Northumberland, located by the River Coquet and about 5 miles south of Alnwick and 3 miles west of Warkworth. Guyzance is first documented in 1242, when it was owned by Robert de Hilton.[1] At that time it may have been located near to Brainshaugh Priory, to the south of todays village.

Guyzance, historically Guizance, is a small village or hamlet in Northumberland, England. It is located south east of Alnwick on the River Coquet, several miles west of its mouth. Guyzance is one of only two places in Great Britain with a -zance ending; the other is Penzance in Cornwall. The similar names are co-incidence however.

The name Guyzance is thought to be derived from a Norman family name "Guines", from an area of the same name near Calais. Other forms of the name recorded locally include "Gynis" (1242), "Gysnes" and "Gisyng".

The village of Guyzance has existed since at least since 1242, and was enclosed in 1685. In 1147, a Premonstratensian Order priory was founded at nearby Brainshaugh.

In 1885, Guyzance was described thus in Whellan's History, Topography, and Directory of Northumberland:

"GUYZANCE, or GUYSON, is a township and village in this Shilbottle parish, the property of the Duke of Northumberland; Robert Delisle, Esq. the heirs of the late Thomas Fenwick, Esq., and Thomas Tate, Esq. The rateable value is £l,671 10s., and the tithes, which are the properly of Thomas Tate, Esq., are valued at £130 per annum. The number of inhabitants in 1801, was 172; in 1811, 186; in 1821, 173; in 1831, 197; in 184l, 205; and in 1851, 213 souls. THE VILLAGE of Guyzance is situated seven miles south by east of Alnwick. There was formerly a priory here, which was annexed to Alnwick Abbey, by Eustace Fitz John. We find from Tanner's Monastica that it was endowed with a portion of the tithes, and two bovates of land, but as to any other portion of its history we possess no records. The remains of the old chapel are still here, with the burying ground, in which the Tate family are still interred. BANK HOUSE, the seat of Thomas Tate, Esq., is situated about a mile north of the village."

The houses and chapel or priory mentioned in the above passage are still extant. Guyzance Mill, a ruined 19th century water powered corn and feed mill is visible from the road. The village itself consists of one small street of facing cottages, several of which have previously been used as a school and a joiners workshop, and a number of scattered cottages, farms and large houses.

Nearby, towards Acklington Park stands a building that was originally the Acklington Park Ironworks, and has since been used as a cloth mill, paint factory and private housing. The dam constructed to power the works is considered to be one of the finest 18th-century dams in England, and was unfortunately the site of the so-called Guyzance Tragedy.

On 17 January 1945, ten soldiers drowned while taking part in a military exercise at Guyzance, on the River Coquet. The river was in full flood and their boat was swept over the weir and capsized. The men, all aged 18, were weighed down by full combat gear. In 1995, a memorial service was held to mark the 50th anniversary of the tragedy and a plaque was erected. 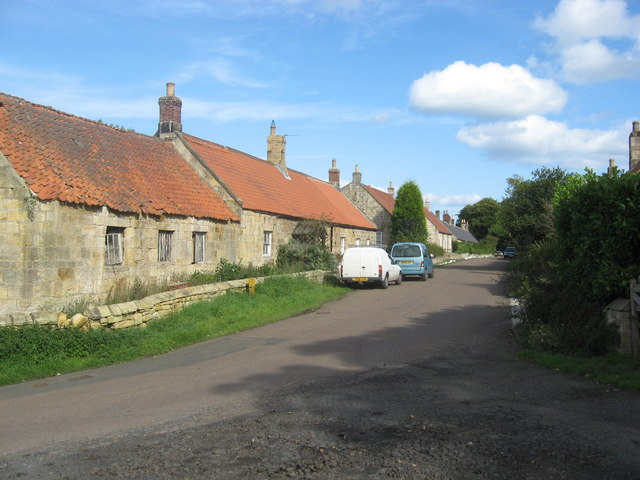 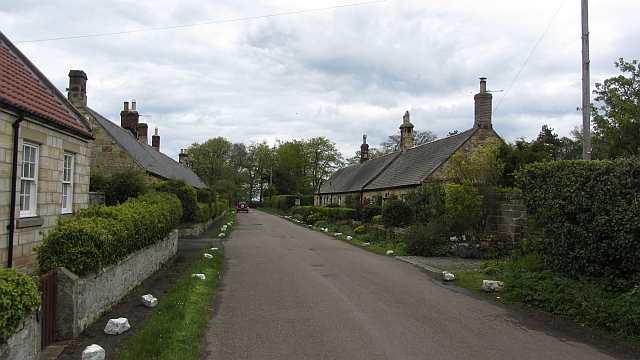 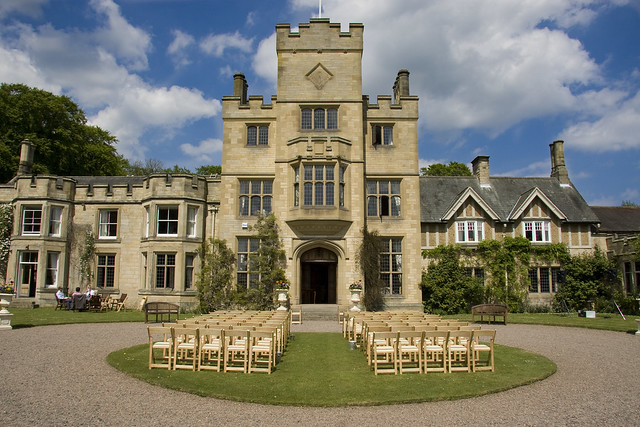 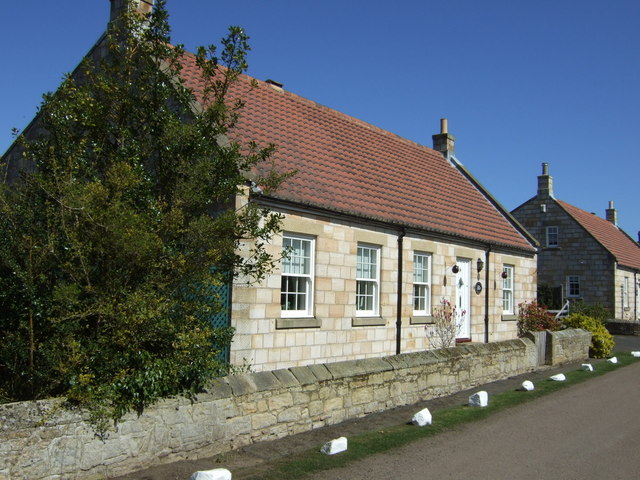 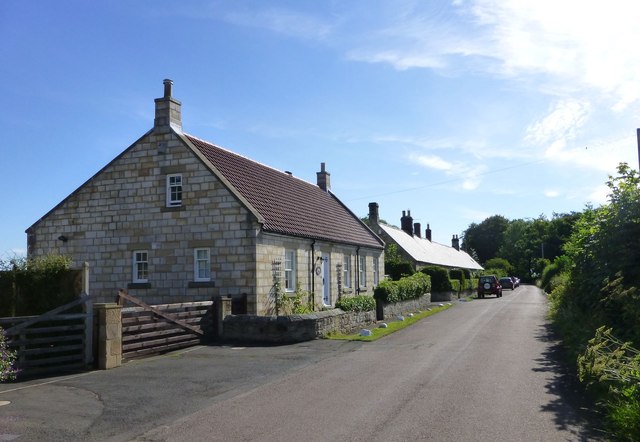 The pretty village of Guyzance 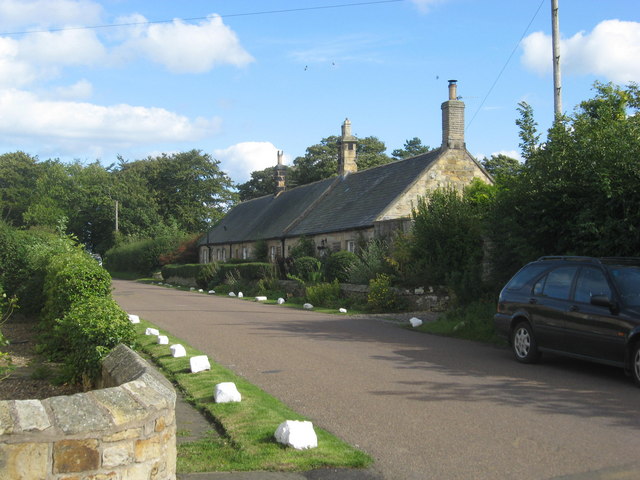 An attractive terrace of cottages in Guyzance 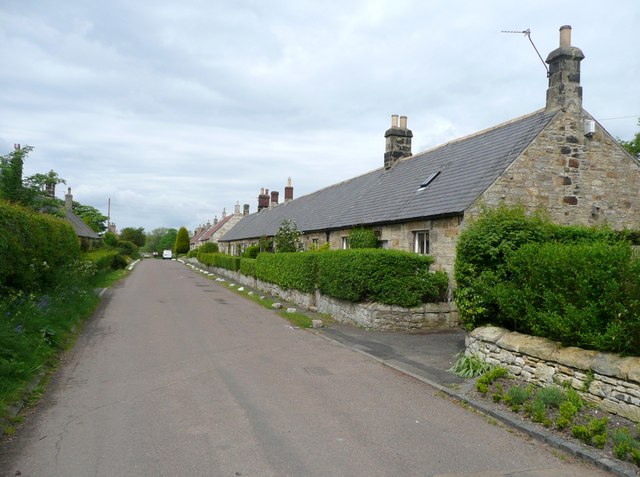 The main street of Guyzance village

Guyzance medieval village (Acklington)
- "The medieval village of Guyzance is first mentioned in historical accounts in 1242, when it was owned by Robert de Hilton.....By the late 15th century, part of the village ... 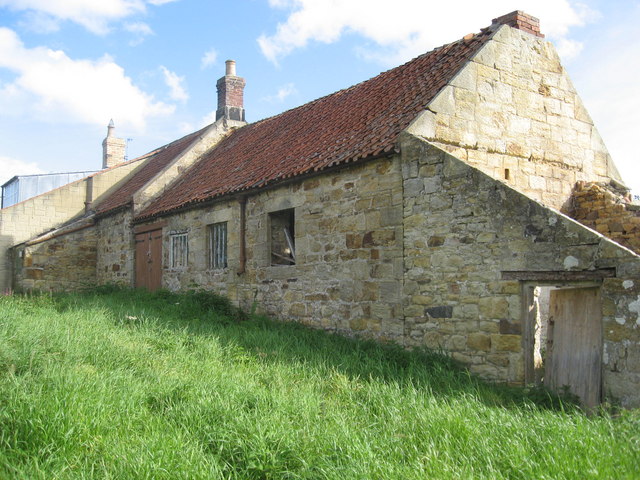 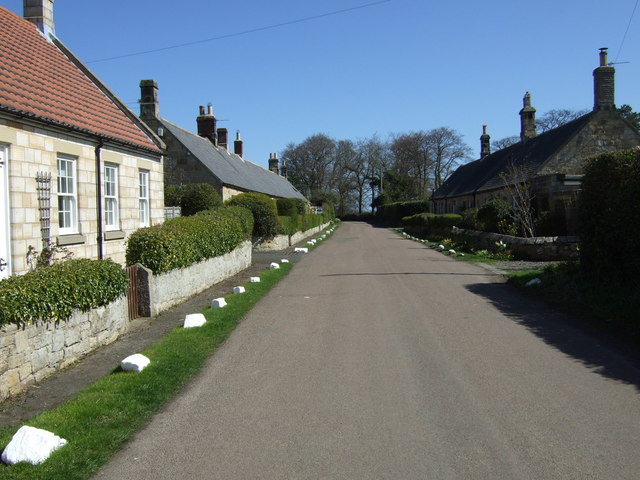 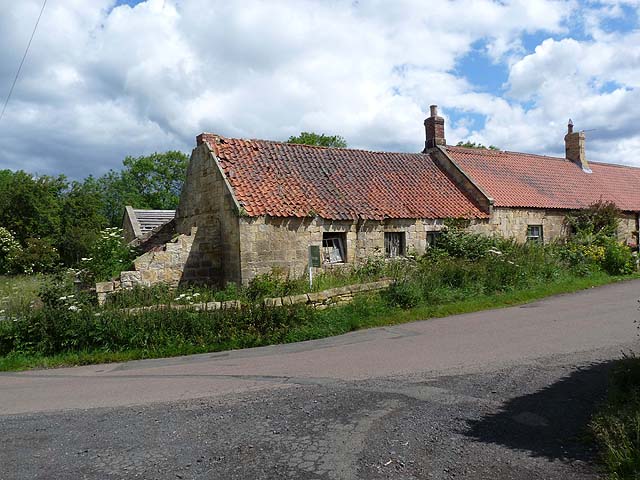 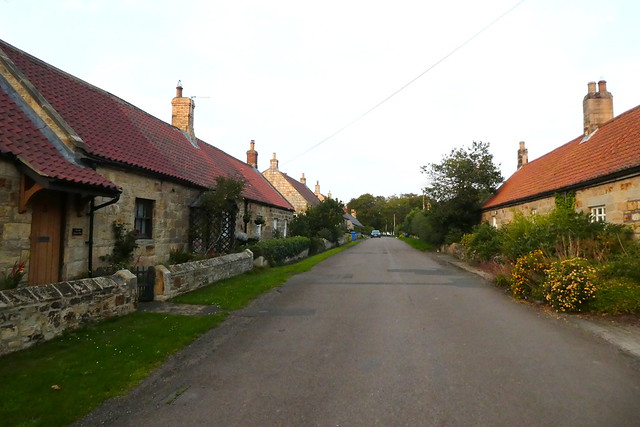 The pretty village of Guyzance

An attractive terrace of cottages in Guyzance

The main street of Guyzance village

Guyzance medieval village (Acklington)
- "The medieval village of Guyzance is first mentioned in historical accounts in 1242, when it was owned by Robert de Hilton.....By the late 15th century, part of the village ...

Map and Aerial view of Guyzance