The Devonshire Buildings are two imposing sandstone tenement blocks located on Michaelson Road on Barrow Island. They were originally built in c.1875 to house workers at the Devonshire Docks (which had opened 1867) and at the yards of the Barrow Iron Ship Building Company (founded 1870). The buildings were designed by Paley & Austin. There are octagonal towers at the ends of each block, between which a bridge originally spanned Island Road.[1] Today the buildings are apartments, managed by Holker Estate. The Devonshire Buildings are Grade II* listed on the National Heritage List for England.[2] 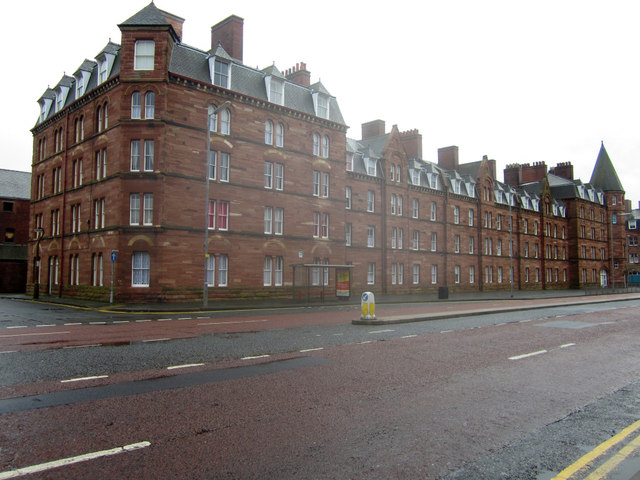 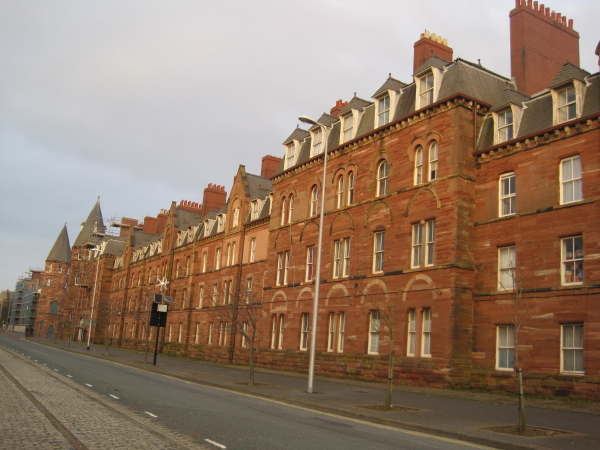 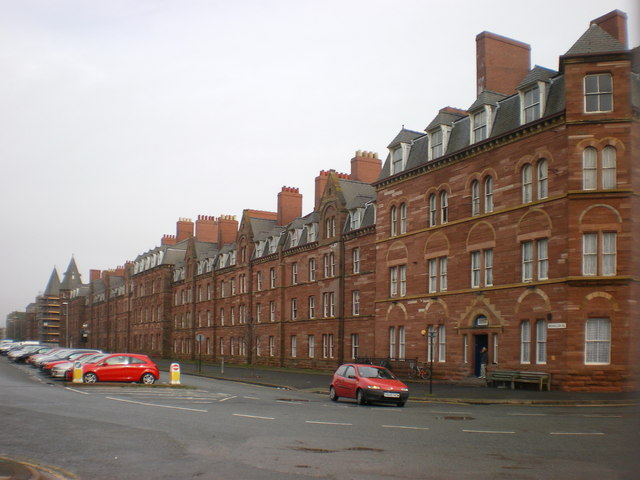 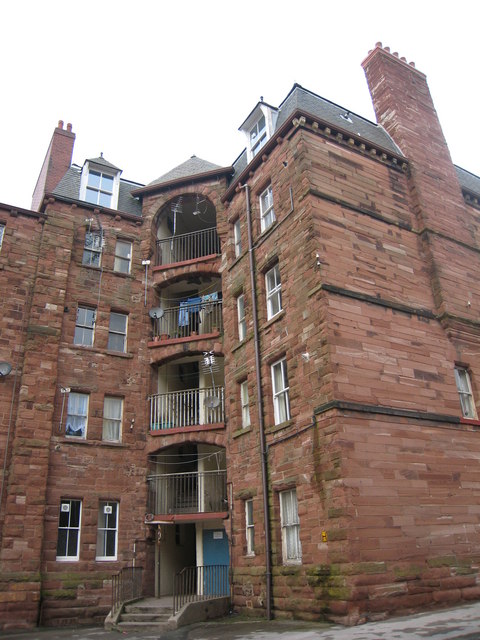 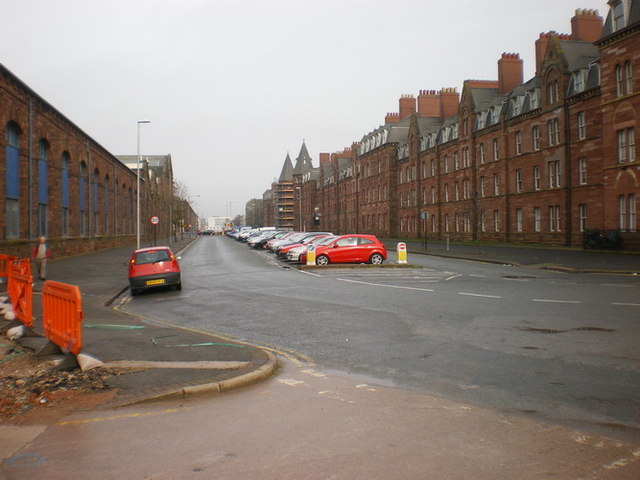