BEETHAM (St. Michael), a parish, in the union and ward of Kendal, county of Westmorland; containing, with the townships of Farleton, Haverbrack, Methop with Ulpha, and Witherslack, 1,656 inhabitants, of whom 845 are in the township of Beetham, 1¼ mile (S.) from Milnthorpe. The parish comprises by computation 12,000 acres, and is situated at the southwestern extremity of the county, on both sides of the estuary of the river Kent, which is navigable for small craft as far as the hamlet of Storth, and on the shore of which are two wharfs, where slate and other articles are shipped for various ports on the western coast. The Kendal and Lancaster canal, the river Belo, and some smaller streams, also intersect the parish, through which a new road was formed between Lancaster and Ulverston, about 1820. The scenery is very beautiful, of great variety, and in some parts of romantic character. The sands are well adapted for bathing, though the place is not much resorted to for that purpose. There is a manufactory for paper and pasteboard at the village, and limestone abounds within the parish. The living is a discharged vicarage, valued in the king's books at £13. 7. 4., and in the patronage of the Duchy of Lancaster; net income, £159; impropriator, G. Wilson, Esq.: there is a glebe-house. The church is an ancient structure, of a mixed style of architecture. There is a second church at Witherslack, forming a separate incumbency. A grammar school, built about 1663, and rebuilt in 1827, has an endowment of £40 per annum, arising from land. Near the school-house stood an ancient chapel, dedicated to St. John, where human bones have frequently been dug up: the site has been converted into a garden. Beetham Hall, formerly a fortified mansion situated within a spacious park, is now in ruins; and at a short distance to the south are the ruins of Helslack and Arnside towers, which were probably erected to guard the bay of Morecambe, there being remains of similar towers on the opposite shore. In digging a grave near one of the pillars in the nave of the Church, in Aug. 1834, upwards of 100 silver coins, chiefly of the reigns of William the Conqueror and his son William Rufus, with a few of Edward the Confessor and Canute the Dane, were discovered. 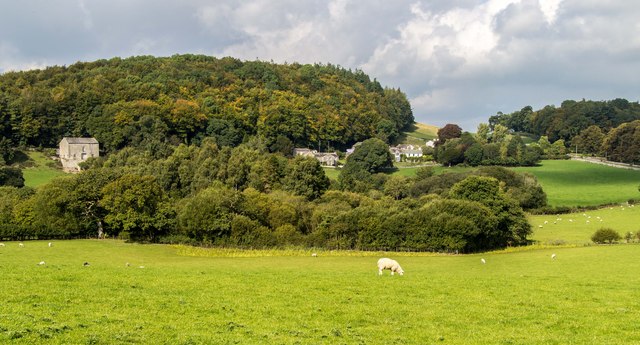 Haverbrack
- Overview Map Street View Haverbrack is a hamlet in the South Lakeland district of Cumbria, located about a mile south-west of Milnthorpe and a mile east of Storth. Historically, Haverbrack ...

Haverbrack
- Overview Map Street View Haverbrack is a hamlet in the South Lakeland district of Cumbria, located about a mile south-west of Milnthorpe and a mile east of Storth. Historically, Haverbrack ...