ALSTON, or Alston-Moor (St. Augustine), a market-town and parish, forming a union of itself, in Leath ward, E. division of Cumberland, 29 miles (E.S.E.) from Carlisle, and 287 (N.N.W.) from London; comprising the township of Alston, and the chapelry of Garrigill, the former containing 4,588, and the latter 1,474, inhabitants. Mining in this district is of some antiquity, several charters having been granted to the miners of "Alderston" in the 13th century. In 1282 the manor was granted by Edward I. to Nicholas de Veteripont, and in 1333 Edward III. confirmed to his son, Robert de Veteripont, and to the monetarii, or coiners, many important privileges. In the reign of Henry V. the manor and mines were let to William Stapleton; and, subsequently, Alston became the property of the Hyltons of Hylton Castle, in the county of Durham, and lastly of the Radcliffe family, with whom it continued until the attainder of the last earl of Derwentwater, in 1716, when it was granted by the crown to the Governors of Greenwich Hospital.

The parish comprises by computation about 40,000 acres, and includes two considerable villages, Garrigill and Nent Head, the latter on the eastern border of the parish, each 4 miles from Alston, and each containing about 500 persons. The town of Alston, consisting of 1,650 inhabitants, is situated on the declivity and base of Middlefell hill, in a narrow valley, near the confluence of the rivers Nent and South Tyne, over each of which is a neat stone bridge. The houses, which are irregularly and rather meanly built, are chiefly of stone, roofed with slate, and the streets are inconveniently steep; the inhabitants are supplied with water conveyed by pipes from an excellent spring, about half a mile distant, into four punts or cisterns, conveniently placed in different parts of the town. A subscription library was established in 1821, to commemorate the coronation of George IV.; races are held on Easter Monday and Tuesday. A new line of road has been made, under the superintendence of M'Adam, from Hexham to Penrith, through Alston, which is shorter by several miles than the old road by way of Carlisle. Several of the contiguous eminences command beautiful views of the surrounding country, particularly Hartside, which embraces the counties of Cumberland and Westmorland, including Ullswater, and the mountains of the lake district, Solway Firth, and the adjacent Scottish shore.

The immediate vicinity, which is inclosed on the west by the mountains Cross Fell and Hartside, and on all sides by high lands, is equally remarkable for the sterility of the soil and the abundance of its mineral wealth. The lead-mines, in which the inhabitants are chiefly employed, and of which there are no fewer than thirty-eight in the parish, are very productive: the ore contains a proportion of silver, averaging from eight to ten ounces per ton; and one of the mines opened at Yadmoss in 1828, has produced ore containing ninety-six ounces of silver in each ton. Copper has also been found in the same vein with the lead, and in many instances the same mine has been worked for copper-ore of excellent quality, and lead-ore rich in silver. The grand aqueduct level, called "Nent Force," was cut by the trustees of Greenwich Hospital: this subterraneous canal is five miles in length, from its mouth, near the town, to the shaft of the mine, and boats and guides were once kept in readiness to conduct those who might wish to explore it. In the mines are several extensive caverns, splendidly decorated with fluor-spar, shot into crystals of every form and hue; and, where the yellow copper-ore and pyrites are intermingled, nothing can exceed the brilliancy with which the prismatic colours are reflected. Of these caverns, Tutman's Hole has been explored to the distance of a mile from the entrance; in that at Dun Fell, on the side of Alston-Moor, the chambers and windings are so intricate, that visiters have been glad to avail themselves of some clue to their return. The other minerals found here are pyrites of iron containing small particles of gold, tessellated ore, zinc, phosphate and sulphate of lead, cobalt, &c. The Crow coal, found on the moor, at a small depth below the surface, contains pyrites in large proportion; it burns with little flame, but emits an intense heat, and, mixed with clay, is made into balls for fuel. There are two large smelting-furnaces; and several machines, worked by water, for crushing and washing the ore. The principal manufacture is that of woollen yarn, which is carried on in an extensive mill recently built; there is also a public brewery on a large scale. The market is on Saturday; fairs take place on the last Thursday in May, Friday before the last day of September, and the first Thursday in November. At Nent Head, a customary market is held every Thursday. Two of the county magistrates hold a petty-session at the Swan inn, on the first Friday in every month; and courts leet and baron occur in the months next after Easter and Michaelmas. The powers of the county debt-court of Alston, established in 1847, extend over the registration district of Alston, and the parishes of Kirkhaugh and Knaresdale.

The living is a discharged vicarage, valued in the king's books at £7. 13.; net income, £180; patrons and impropriators, the Governors of Greenwich Hospital. The tithes, with certain exceptions, were commuted for an allotment of land, under an inclosure act, in 1803. The church, rebuilt in 1770, is a neat edifice with a tower. A chapel of ease, a plain and unadorned building erected by subscription about 1780, is maintained at Garrigill; and at Nent Head is a distinct incumbency, in the gift of the Vicar. There are places of worship for the Society of Friends, Independents, and Primitive and Wesleyan Methodists. The grammar school was rebuilt by subscription, in 1828, and is endowed with £29. 8. per annum: no scholars are gratuitously instructed, but the master, in consideration of the endowment, is limited to a certain scale of charges. The Roman road called the Maiden-way crosses the western part of the parish, where it may be distinctly traced; and on Hall hill, a little below the bridge over the Tyne, are the foundations of an ancient fortress, surrounded by a moat. On Gildersdale Fell is a stagnant pool, covered with mud several inches thick, which is used by the neighbouring people as paint: it produces colours resembling yellow ochre and Spanish brown, but has not been analyzed. 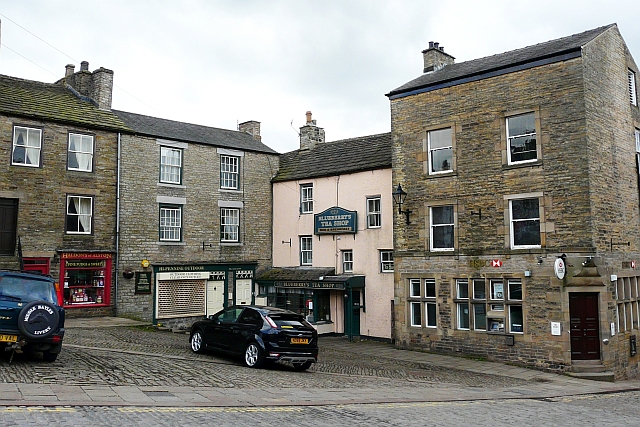 Alston
- Overview About Alston Map Street View &nbsp; Alston is a small town in Cumbria, England, within the civil parish of Alston Moor on the River South Tyne. It shares the ... 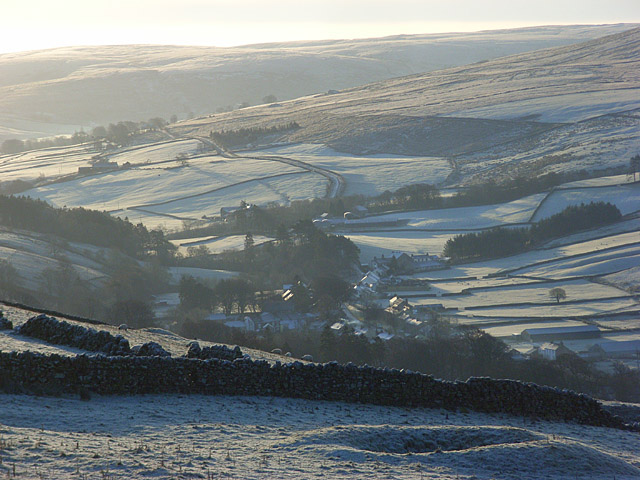 Garrigill
- Overview About Garrigill Map Street View Garrigill is a village in Cumbria, located in the North Pennines, about 3 miles south of Alston. Garrigill is situated by the River South ...

Alston
- Overview About Alston Map Street View &nbsp; Alston is a small town in Cumbria, England, within the civil parish of Alston Moor on the River South Tyne. It shares the ...

Garrigill
- Overview About Garrigill Map Street View Garrigill is a village in Cumbria, located in the North Pennines, about 3 miles south of Alston. Garrigill is situated by the River South ...