ALNHAM (St. Michael), a parish, in the union of Rothbury, N. division of Coquetdale ward and of Northumberland; consisting of the townships of Alnham, Prendwick, Screnwood, and Unthank; and containing 256 inhabitants, of whom 141 are in the township of Alnham, 6 miles (W. by S.) from Whittingham, and 14 (W. by S.) from Alnwick. The parish forms part of the Cheviot range of mountains, and comprises about 12,000 acres, almost entirely occupied as sheep-walks: excellent building-stone is obtained. The living is a discharged vicarage, endowed with part of the great tithes, and valued in the king's books at £3. 17. 1.; net income, £74; patron, the Duke of Northumberland; impropriator of the remainder of the great tithes, J. C. Tarleton, Esq. There are about ten acres of glebe. The church has a plain Norman arch between the nave and chancel. Near it are the ruins of an ancient tower, which the late duke fitted up for a parsonage; and on Castle Hill is a semicircular encampment, defended by a high double rampart and deep trench, within which is a range of uncemented stones. 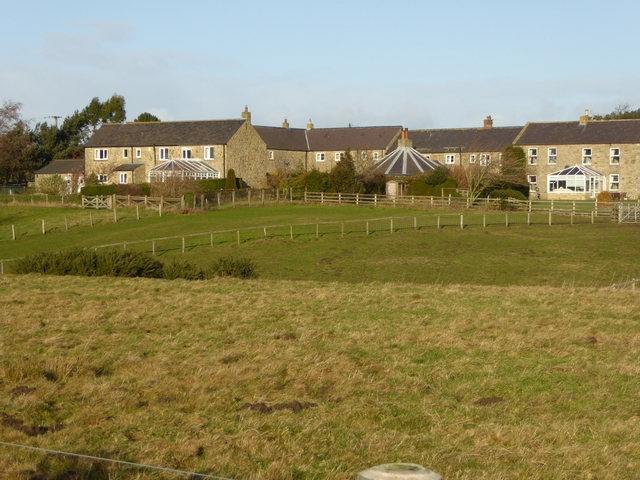 Unthank, Alnham
- UNTHANK, a township, in the parish of Alnham, union of Rothbury, N. division of Coquetdale ward and of Northumberland, 8&frac14; miles (N.N.E.) from Rothbury; containing 22 inhabitants. It is on ...

Unthank, Alnham
- UNTHANK, a township, in the parish of Alnham, union of Rothbury, N. division of Coquetdale ward and of Northumberland, 8&frac14; miles (N.N.E.) from Rothbury; containing 22 inhabitants. It is on ...