Wythburn Church is located in an isolated position by the A591 road on the east bank of Thirlmere, Cumbria, England. It is an active Anglican church in the deanery of Derwent, the archdeaconry of West Cumberland, and the diocese of Carlisle. Its benefice is united with those of St Mary, Threlkeld, and St John, St John's in the Vale. The church is recorded in the National Heritage List for England as a designated Grade II listed building. The poet William Wordsworth described it as a "modest house of prayer".

A church is recorded as being on the site in 1554. It was rebuilt in 1640, and again in 1740. A chancel with an apse was added in 1872, possibly by C. J. Ferguson. The size of the local population was severely reduced when the adjacent valley was flooded to create Thirlmere as a reservoir by Manchester Corporation, but the church remains in active use.

Wythburn Church is small—only approximately inside—with whitewashed walls, and small square side windows. It is roofed in green slates. The plan consists of a three-bay nave, a slightly taller apse at the east end, and a north vestry. On the west gable is a bellcote. At the west end is a triple lancet window, and the apse and vestry contain narrow round-headed windows. Inside the church is an open timber roof. The altar, choir stalls and screen are in the Arts and Crafts style. The stained glass in the west window, dated 1889, was designed by Temple Moore. The centre window in the apse, dating from 1892, was designed by Henry Holiday for Powells, and the glass in the windows to the sides of this is dated 1906 and was designed by Hugh Arnold.

Text from Wikipedia, available under the Creative Commons Attribution-ShareAlike License (accessed: 30/04/2019).
Visit the page: Wythburn Church for references and further details. You can contribute to this article on Wikipedia.
Wythburn Thirlmere (lake) Churches and Cathedrals Historic Buildings and Monuments in St John's Castlerigg and Wythburn 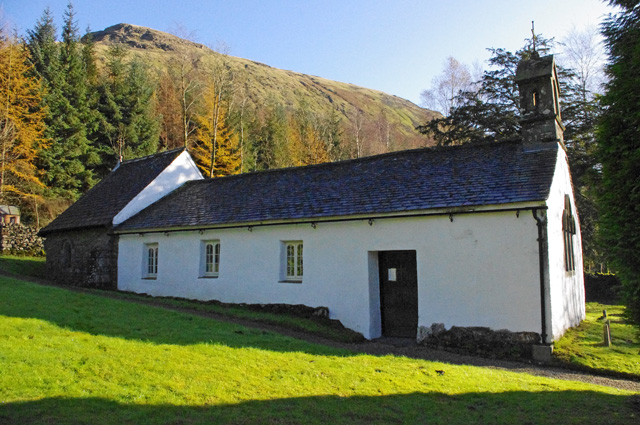 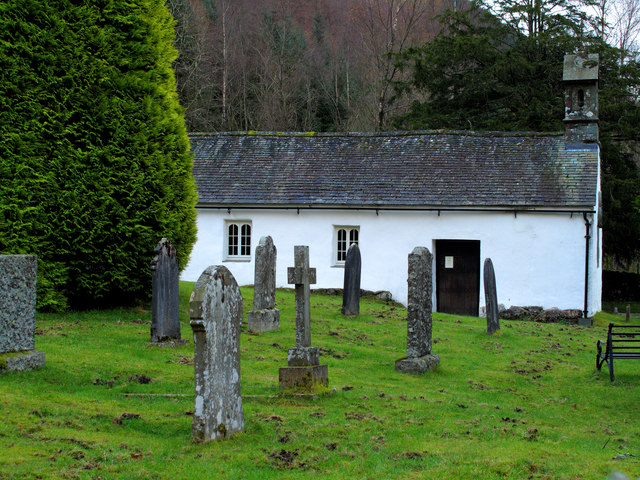 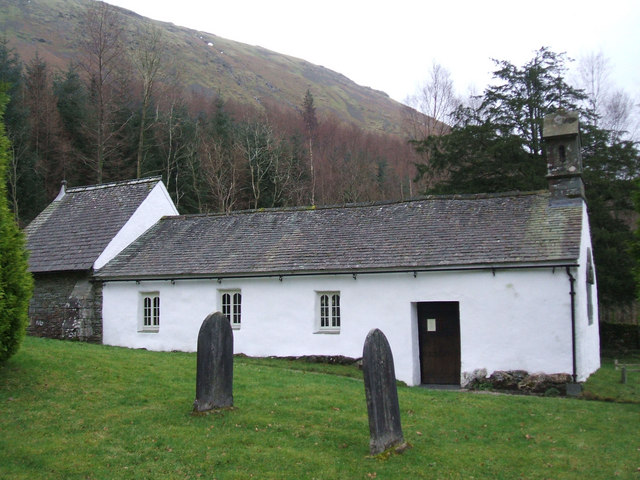 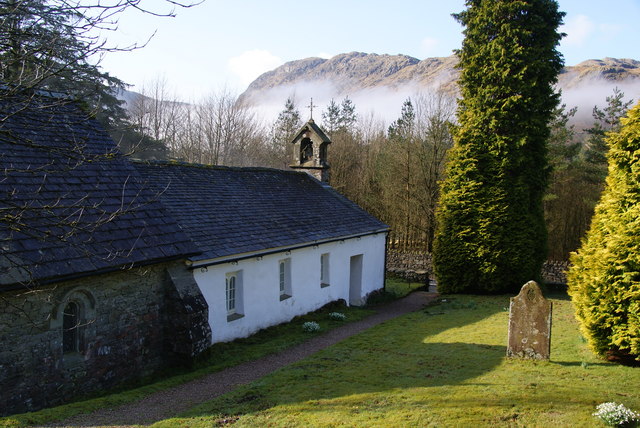 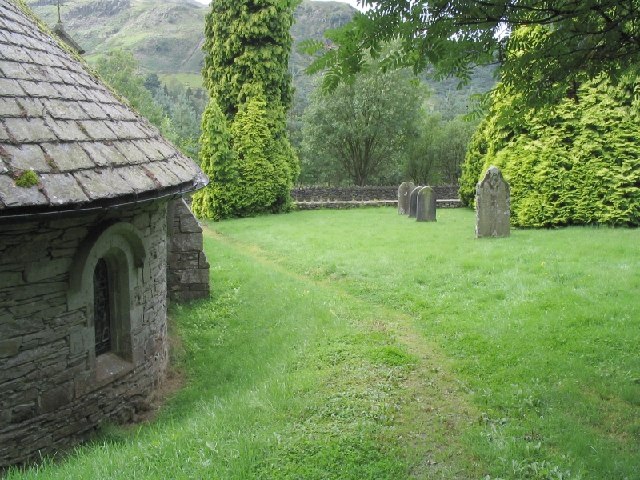 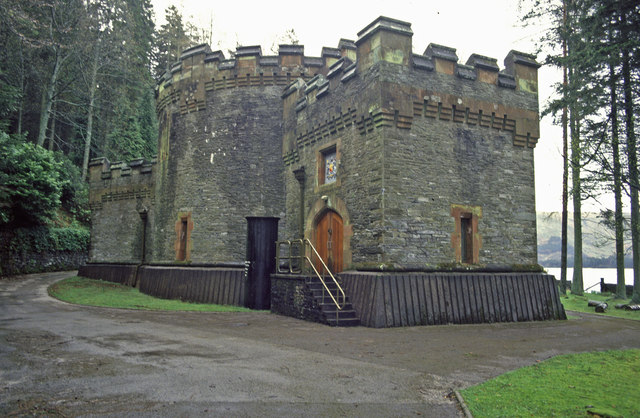 WYTHBURN CHURCH - List Entry
- "Parish church. 1640 on the site of an earlier chapel, with restoration of 1740 and 1872 addition. Painted rendered walls on projecting plinth stones, with slate rubble additions, all under ...

WYTHBURN CHURCH - List Entry
- "Parish church. 1640 on the site of an earlier chapel, with restoration of 1740 and 1872 addition. Painted rendered walls on projecting plinth stones, with slate rubble additions, all under ...

Historic Buildings and Monuments in St John's Castlerigg and Wythburn