The stone viaduct over Waterfall Beck and Spa Woods near Fancy Bank (A171), east of Guisborough, was constructed between 1858 and 1862 as part of the former Cleveland Railway. The railway was constructed by Sir Lowthian Bell and Ralph Ward Jackson to carry ironstone from Bell and Jackson’s inland mines, including Spa Wood Mine, to Bell’s ironworks at Port Clarence on the River Tees.[1] The construction of the railway was opposed by the Stockton and Darlington Railway, who wished to maintain a monopoly south of the Tees. The Cleveland Railway was amalgamated with the North Eastern Railway network in 1863 and was last used in 1960. The viaduct, known locally as "Waterfall Viaduct" or "Slapewath Viaduct", is Grade II listed on the National Heritage List for England. 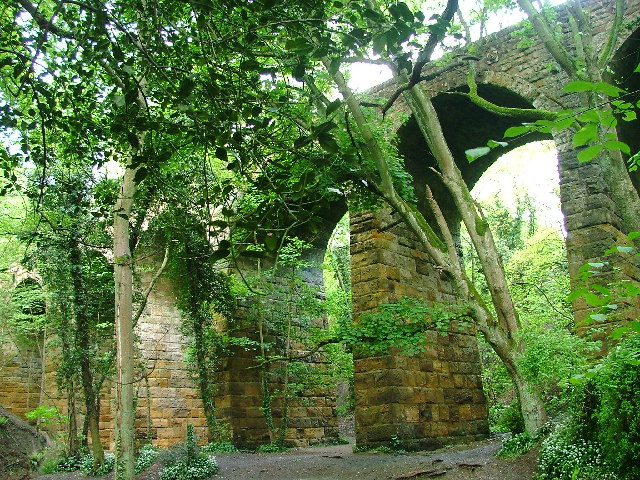 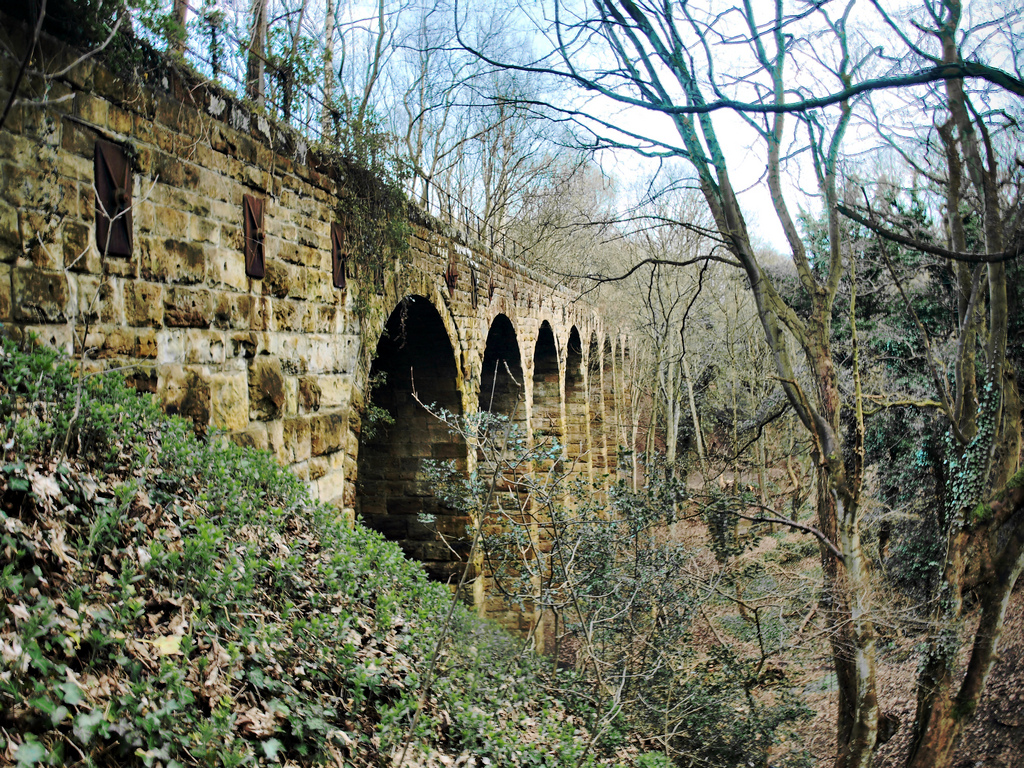 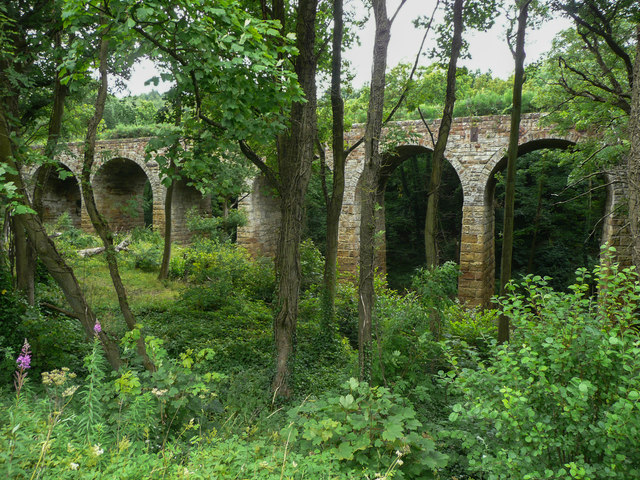 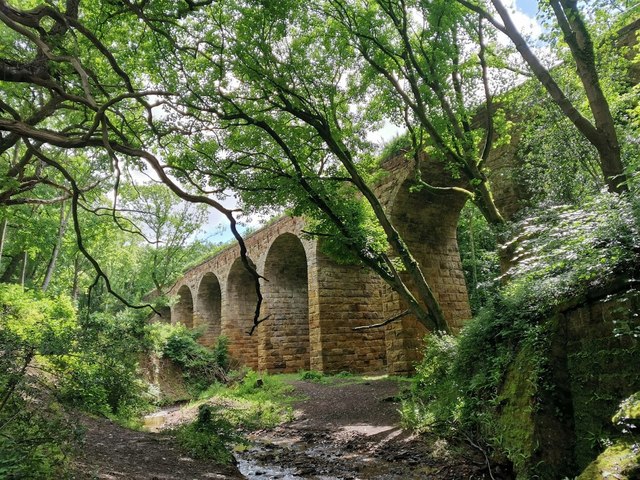