Guisborough is a market town in the unitary authority of Redcar and Cleveland and the ceremonial county of North Yorkshire.

Historically in the North Riding of Yorkshire, the civil parish of Guisborough including the outlying villages of Upleatham, Dunsdale and Newton under Roseberry had a population of 18,108.

Guisborough was formerly part of the North Riding of Yorkshire, from 1974 to 1996 part of the County of Cleveland and now in the unitary authority of Redcar and Cleveland. Gighesbore is recorded in the Domesday Book and the ruined Gisborough Priory dates to the 12th century. The priory and Gisborough Hall (16th century, demolished and rebuilt) are spelt without the first U. Some other old sites and names use that same spelling.

Some theories date the town to the Roman occupation of Britain, when it may have been a military fortification. Discovery of a few Roman artifacts support this, such as the elaborate ceremonial Guisborough Helmet (see below), but the theory remains unproved.

Extensive residential development occurred in the 1960s and 1970s with the expansion of the chemical industry at Wilton and the steel industry at Redcar.

Guisborough market, held every Thursday and Saturday with a few stalls on Tuesday, has long been a focal point for the surrounding area. Originally selling cattle and other livestock, the market developed into a general market for fruit and vegetables, clothing and flower stalls. It is open from early morning to late afternoon on the recently restored cobbles that line Westgate, the principal shopping street.

Guisborough Museum, behind Westgate's Sunnyfield House, exhibits photos of Guisborough's history and inhabitants. There is a working watermill at Tocketts Mill.

The Guisborough Helmet is a Roman cavalry helmet found near the town in 1864. It was originally fitted with protective cheek-pieces, which have not survived; the holes by which they were attached can be seen in front of the helmet's ear guards. It is lavishly decorated with engraved and embossed figures, indicating that it was probably used for displays or cavalry tournaments, although it may have been worn in battle. The helmet was found in what appears to have been a carefully arranged deposition in a bed of gravel, distant from any known Roman sites. After it was recovered, during road works, it was donated to the British Museum, where it was restored and put on display.

The Anglican Church of St Nicholas is home to the de Brus cenotaph. A church was possibly in existence in 1290, although the chancel dates from the late 15th century. Its nave and interior have been altered. The church in its present form is the result of major rebuilding between 1903 and 1908 to a design by the architect Temple Moore.

Gisborough Hall, a Victorian mansion, was built in the Jacobean style in 1856. It is the former home of the family of Lord Gisborough. The estate was owned by the Chaloner family from just after the dissolution of Gisborough Priory until the 1940s. It is a Grade II listed building converted into a hotel, as part of the Macdonald Hotels chain. It is popular for wedding receptions.

The town shared in the prosperity of the Industrial Revolution through its proximity to the ironstone mines of the North York Moors. One of Teesside's leading ironfounders, Sir Joseph Whitwell Pease, chose as his country seat, the Alfred Waterhouse-designed Gothic revival Hutton Hall, situated at Hutton Lowcross, near Guisborough. It had its own station on the Middlesbrough-Guisborough branch of the North Eastern Railway, but this closed in 1964.

Guisborough is the home of the Orion Explorer Scout Unit for young people aged 14 to 18. It is affiliated to the Scout Association. Activities include DofE, Young Leaders volunteering and over 200 different adventurous activities. It has about 30 members from the district. The Third Scout Group on Belmangate was established in 1974. Guisborough is also home to a group of volunteer trailbuilders, whose aim is to provide free motorcycle trails in the local forest for the community to enjoy and work together.

Local musicians are catered for at a local open mic/jam session held every Tuesday night.

Primary education is provided at Belmont, Galley Hill, Highcliffe, St Paulinus (Roman Catholic), and Chaloner Primary, an amalgamation of the former Northgate Junior and Park Lane schools. Laurence Jackson School, at the eastern end of the town, is the only secondary school and a Specialist Sports College. It celebrated its 50th anniversary in 2008.

Prior Pursglove College is a sixth form college in Guisborough teaching GCSE, A level and AS level students. It stands next door to St Nicholas's Parish Church and the ruins of Gisborough Priory on the former site of Guisborough Grammar School, which it replaced as a result of restructuring. The latter was originally founded in 1561 by Robert Pursglove, last Prior of Gisborough, as a charitable school for poor boys. It was accompanied by a set of almshouses with a capacity for twelve pensioners.

Askham Bryan College of Agriculture opened a Guisborough Centre on the same site as Prior Pursglove College. This consists of an animal management centre and a modern building, the Priory Centre, which the two colleges share.

Two main roads cross at Guisborough, the A171 and the A173. The A171 leads west to Middlesbrough and east to Whitby whilst the A173 goes south-west to Stokesley and north-east as far as Skelton, where it joins the A174 coast road. Before the bypass was built, the A171 ran along Westgate, the town's main street, crossing the A173 at Chapel Beck Bridge. Just outside the bypass to the north-east, a B-road heads north from the A173 to Redcar. Another minor route out of the town, Wilton Lane, is a windy almost single-track road northwards to the village of Wilton and onto the ICI Wilton chemical works. In addition, there are two lanes that lead out of town into the hills. Hutton Lane ends at Hutton Village, a tiny settlement built mostly for local mining, agricultural and estate workers. Belmangate is an ancient funeral route.

Until 1964, Guisborough was served by trains from Middlesbrough; the Middlesbrough & Guisborough Railway had its terminus at the now-demolished Guisborough station. Before 1958 it had been possible to travel from Guisborough to Whitby and Scarborough, along the scenic North Yorkshire coast railway.

The south of the town is bounded by the North York Moors National Park. Guisborough Forest, which is Forestry Commission land, clothes the edge of the moors. Through the forest, the ground rises sharply, climbing from the plain below to the height of the moors behind. There are several rocky outcrops on this steep slope, including Highcliff Nab and the Hanging Stone. The woods are crossed by several rights-of-way, including the Cleveland Way, though other paths and commission tracks are open to walkers. Beyond the woods, the ground levels out to form Gisborough Moor.

The two main employers in the town were The Shirt Factory – towards the end of this was acquired by Montague Burton of Leeds and closed in 1999 –- and the Blackett Hutton steel works.

There are no longer any large employers in the town: Guisborough has become a commuter town for nearby Middlesbrough, with many people working in the chemical plants that are located around Teesside.

Guisborough's King George's Field, named in memory of King George V, hosts the town's football team, Guisborough Town FC. The area adjacent to the playing field has a small playground and a skate-park. There is a swimming pool dating from 1968 located within the grounds. An eight-year campaign led by the late MP Dr Ashok Kumar secured extensive refurbishment of the pool, which was completed in 2008–09. The Rugby Union Football club plays in North One East divison of the Northern Section of the RFU leagues, after promotion from the Durham/Northumberland leagues in the 2014–15 season. Guisborough Cricket Club plays in the North Yorkshire South Durham Premier league, and in 2001–04 equalled the record of four successive league wins. Among the past players at the ground have been the professionals Murray Goodwin, (Sussex and Zimbabwe), Desmond Haynes and Phil Simmons (both West Indian internationals), Imran Jan (Trinidad and Tobago), Sean Clingeleffer (Tasmania) and Greg Todd (Otago). 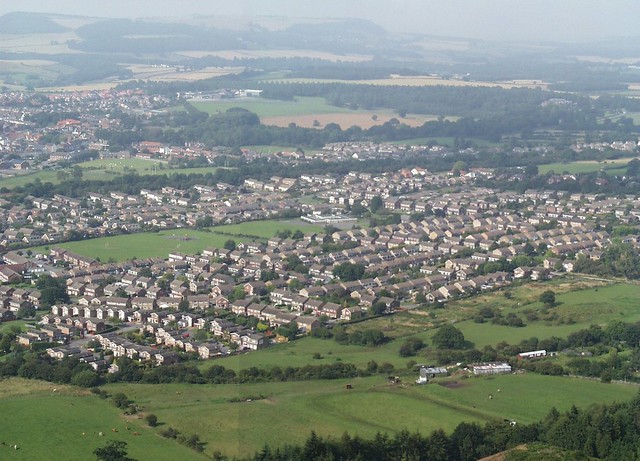 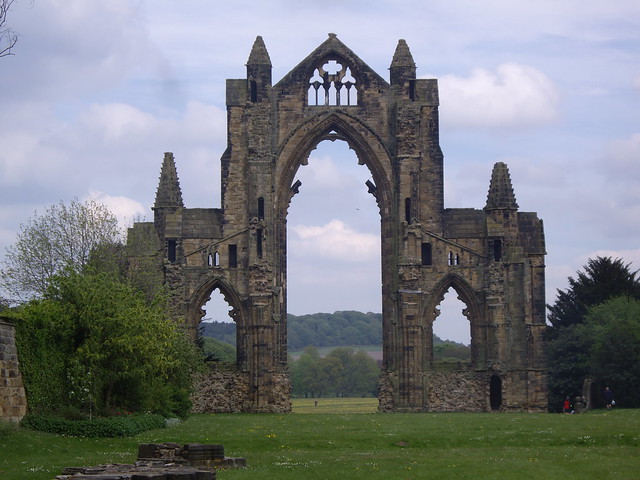 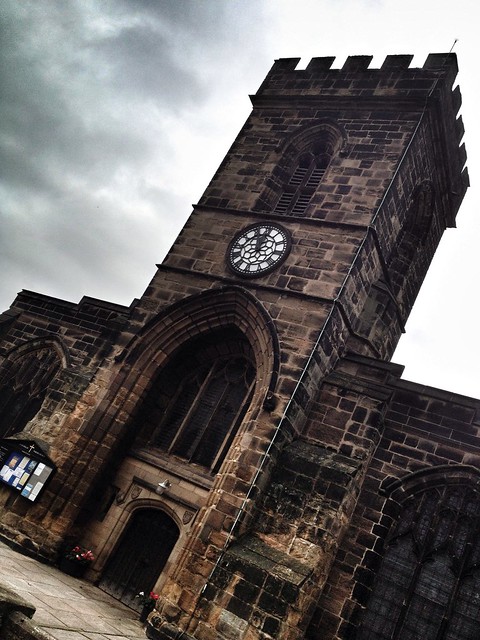 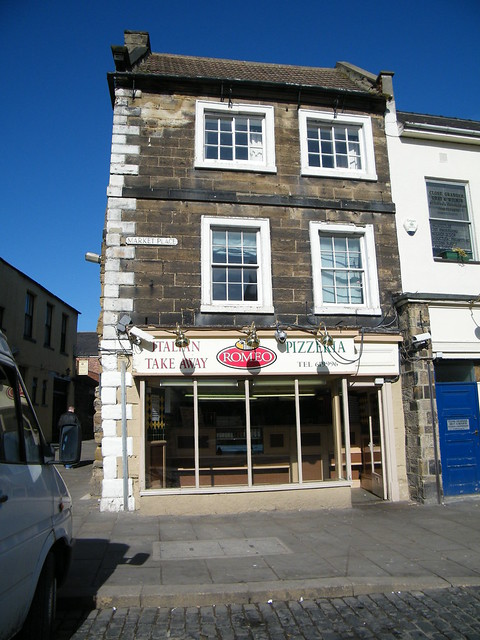 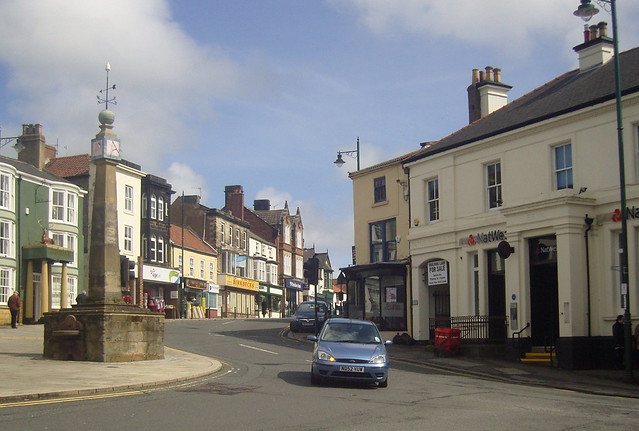 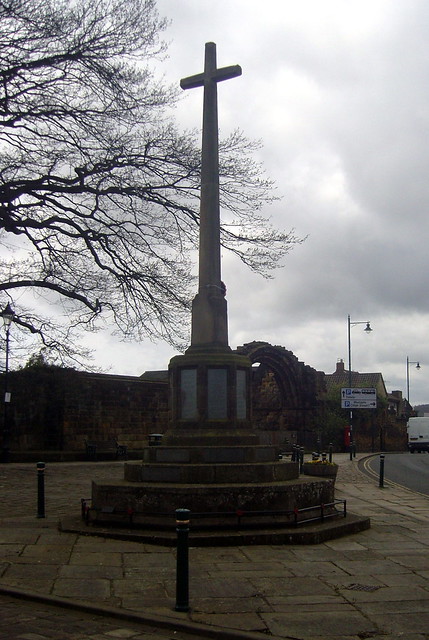 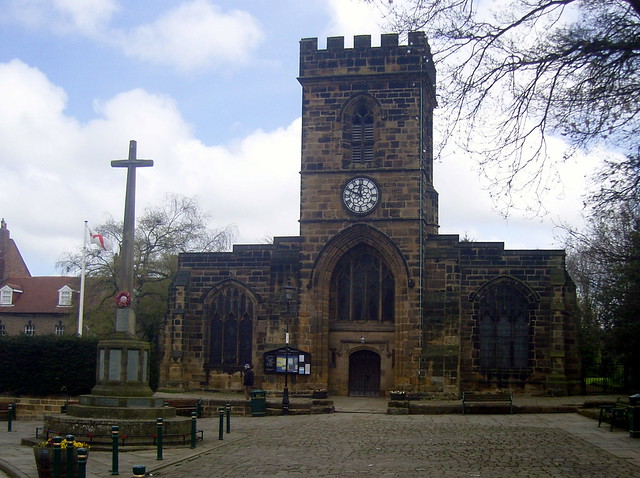 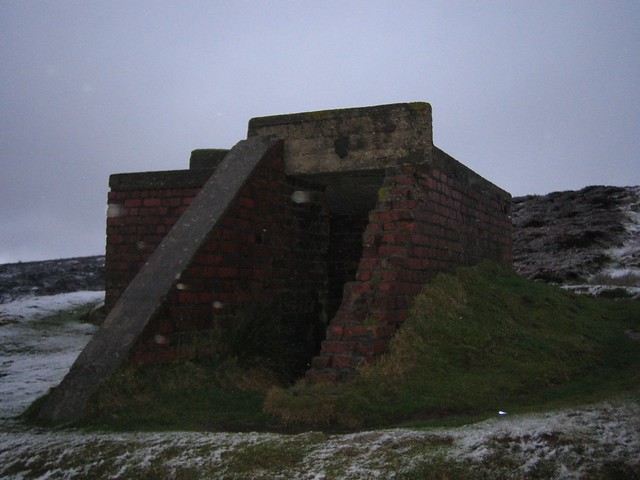 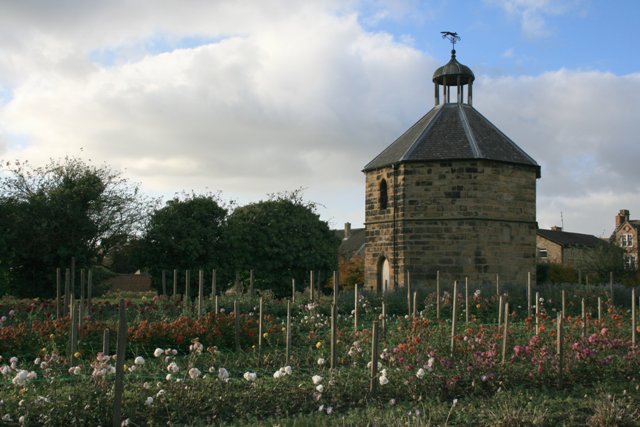 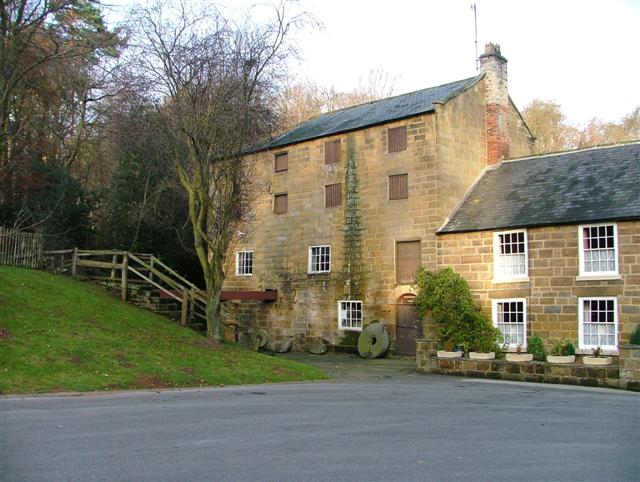 Tocketts Mill
- Overview Map Tocketts Mill iis a watermill by Tocketts Beck, located about a mile and a half north-east of Guisborough. The mill seen today was built in c.1810,&nbsp;erected on site ... 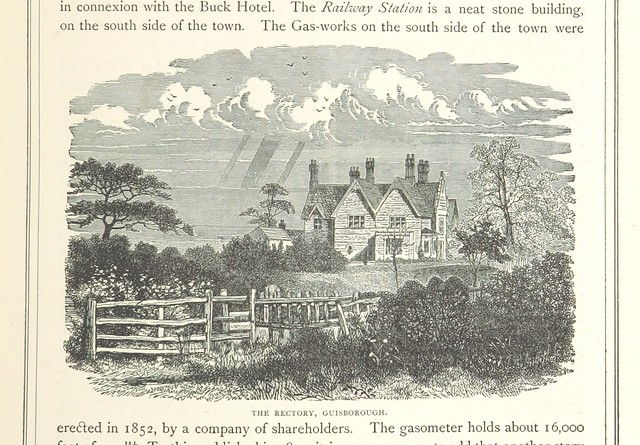 Tocketts Mill
- Overview Map Tocketts Mill iis a watermill by Tocketts Beck, located about a mile and a half north-east of Guisborough. The mill seen today was built in c.1810,&nbsp;erected on site ...

Map and Aerial View of Guisborough

Map and Aerial View of Guisborough