The War Memorial at Cowshill in Upper Weardale was unveiled on the 27th of May 1922, by Lt-Col KJW Leather, of the 20th Battalion Durham Light Infantry. It is built on a road-side plot donated by The site was donated  JJ Peart of Bents House, Cowshill.[1] The memorial commemorates the 7 local servicemen from the Lanehead Ward who gave their lives in the First World War. It was later further dedicated to 3 local men who died in the Second World War. The memorial is Grade II listed.
Cowshill Lanehead Grade II Listed War Memorials 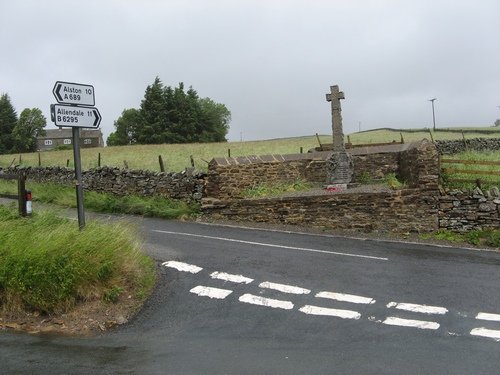