Tyne Dock Metro station is situated on the Yellow line of the Tyne and Wear Metro system, in South Shields, Tyne and Wear, England. It takes its name from the Tyne Dock locality to the north of the station, although in primarily serves the residential area of West Harton to the south.

The original Tyne Dock station opened on 19 June 1839, on the Brandling Junction Railway from Gateshead to South Shields via Brockley Whins and High Shields. It was sited just to the east of the divergence of the BJR route via High Shields and the Stanhope and Tyne Railway route via Chichester. The route via High Shields closed on 1 June 1981 and was abandoned, and the Metro line to South Shields was to follow the S&TR; thus the replacement Tyne Dock station was built just to the east of the divergence, but on the former S&TR route.

The station opened in 1984, as part of the final phase of the original Metro scheme, when the network was extended from Heworth to South Shields. 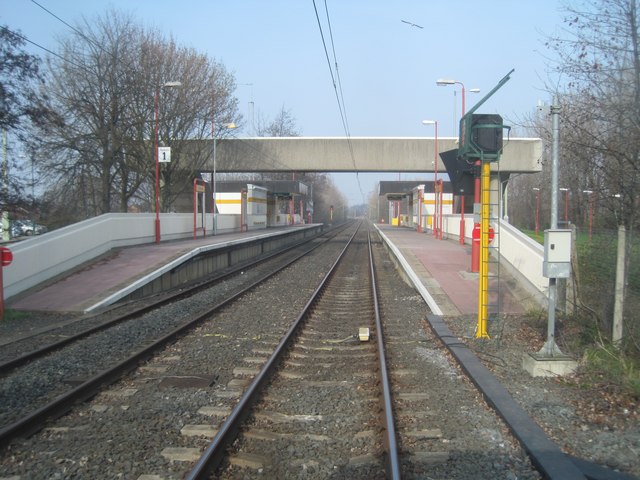