Simonside Metro station is the name of a Tyne and Wear Metro station in South Tyneside, England, which opened on 17 March 2008. Costing £3 million it is the 60th station on the network.

The decision to construct a new Metro station here was not universally welcomed by all local residents, with some worried it would lead to an increase in both crime and local road traffic.

Text from Wikipedia, available under the Creative Commons Attribution-ShareAlike License (accessed: 04/12/2017).
Visit the page: Simonside Metro station for references and further details. You can contribute to this article on Wikipedia. 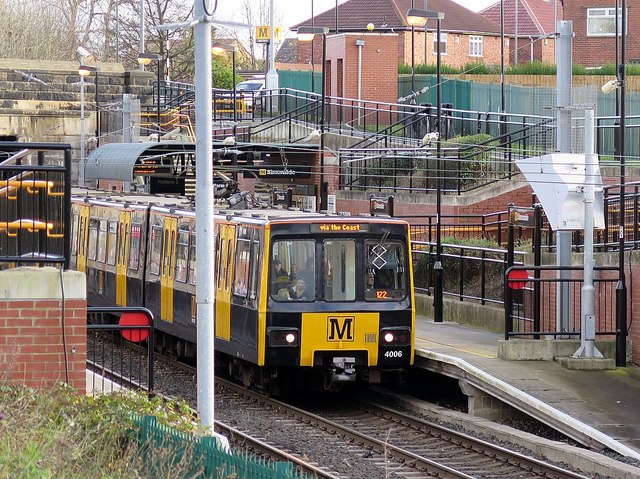