Chichester is a Tyne and Wear Metro station, serving the suburb of Westoe, South Tyneside in Tyne and Wear. It joined the network on 24 March 1984, following the opening of the fifth phase of the network, between Heworth and South Shields.

Part of this line had been transferred into National Coal Board ownership, and to the south of the station was a single-track electrified freight line, part of the Harton Colliery system. In August 1989, this line was de-electrified, and following the closure of Westoe Colliery in 1993, was closed completely.

The former colliery line along Chichester Road was regenerated in the late 1990s, being replaced with a supermarket. The line itself was also the spot of the Westoe Netty, an open air public urinal which was depicted in a famous 1972 painting by Bob Olley. These toilets were saved when the colliery line was demolished, and are now preserved at the Beamish Open Air Museum in County Durham. In regards to the station, the colliery line ran behind Platform 2 with the tunnel beneath the concourse still visible from the Dean Road bridge.

Chichester was intended as one of the original interchange stations, which meant buses were timetabled to interchange with Metro services. This arrangement broke down after the deregulation of local bus services in 1986. Today, Chichester still serves as one of the Metro's main bus interchanges, due to the close proximity of the Stagecoach bus depot, but now serves mainly for nearby residential areas, as well as the South Tyneside College campus.

The platforms at Chichester are below street level, however the ticket hall is at ground level. The ticket hall contains two ticket machines and a newsagent. The station also houses four bicycle lockers.

Following the opening of the new South Shields Interchange in August 2019, Chichester is the single remaining station on the branch from Pelaw to South Shields which has yet to be refurbished. 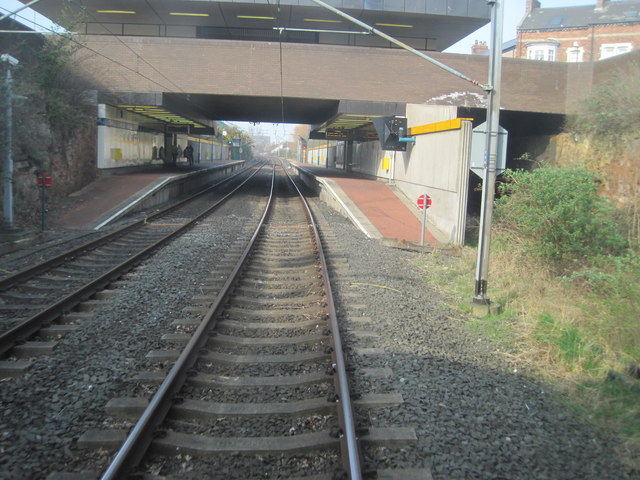 Waiting for the Metro at Chichester Station

Waiting for the Metro at Chichester Station