Dye House is a residential building on the south banks of the River Coquet in Acklington Park, about a mile south of Guyzance. It was originally built in 1776 as a tin and iron works, known as Park Mill. The distinguished engineer, John Smeaton, was employed to design the water-powered mill, with a horseshoe-shaped dam being constructed on the river to provide water power. However, the site proved to be too far from the markets and the lease for the building was sold in 1791. It was bought by John Reed, a draper from Newcastle, and converted into a wool mill, with it’s first weavers recruited in 1796. The works were sold to David Thompson, a manufacturer from Galashiels, and remained in use until 1884.[1]

The building came back into use in 1915, when Ellwood Holmes of Newcastle leased it, using it as a factory for the production of Hydrate of Alumina, which had previously been imported from Germany before the First World War. It was one of the first factories in Britain to use a Gilks water turbine, which was installed in the millrace to provide hydroelectric power.[2] The factory closed in 1930 after the river was polluted and renewal of the lease was refused by the Duke of Northumberland. The building was converted into flats in 1968, named Dye House in relation to its time as a wool mill. It is a Grade II listed building and falls within the Guyzance Conservation area. 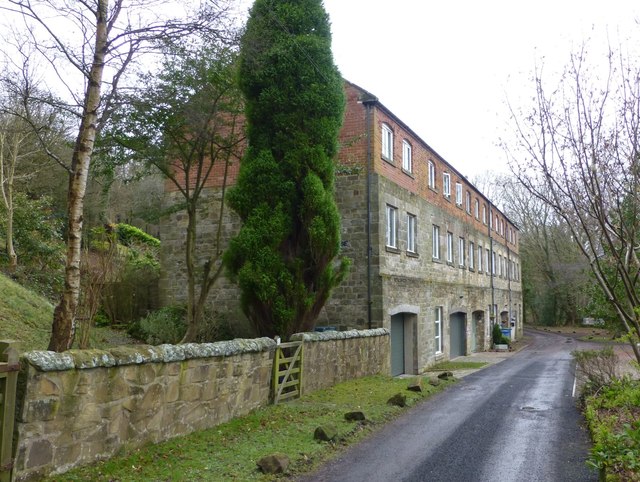 Acklington Park ironworks and woollen mill
- "The ironworks were built in 1776 and converted into a blanket mill in 1791. It continued in use until the 1930s and is now private housing. The mill was waterpowered ...

Acklington Park ironworks and woollen mill
- "The ironworks were built in 1776 and converted into a blanket mill in 1791. It continued in use until the 1930s and is now private housing. The mill was waterpowered ...