Palace Green is a grassed area immediately north of Durham Cathedral. The Green is surrounded by historic buildings, many associated with the Prince Bishops of Durham. The buildings around the Green include the Cathedral, Durham Castle, Cosin's Almshouses, Cosin's Hall, Moneyer's Garth, Palace Green Library, the Music School, Abbey House, Pemberton Building and the Master's House of Durham University. Palace Green was made part of the UNESCO World Heritage Site at Durham in 2008. Palace Green was originally the location city's market place, made busy with those involved in the construction of Durham Cathedral. However, in the 12th century Bishop Flambard cleared the area, so that “the church should neither be endangered by fire nor polluted by filth.”[1] The Market moved north to its current location of todays Market Place.

Palace Green is an area of grass in the centre of Durham, England, flanked by Durham Cathedral and Durham Castle. The Cathedral and Castle together form a UNESCO World Heritage Site.

Although initially not part of the site itself, Palace Green was added to the UNESCO site in 2008.

It is situated on top of the narrow, high peninsula formed by a sharp bend in the River Wear. The Cathedral is on the southern side, facing the Castle across the Green on the north side. To the east are Durham University buildings including the law, theology, classics and history departments, with the music department and the university's special collections library to the west.

From the north and east Palace Green is accessed by two cobbled streets called Owengate (formerly Queen Street) and Dun Cow Lane, the latter taking its name from a local legend involving a milkmaid and her cow. From the west a passageway, 'Windy Gap', leads down to the banks of the River Wear between two buildings which are now part of the university Music School. Early in the twentieth century one of the buildings had been the home of the novelist J. Meade Falkner, author of Moonfleet.

In summer, Palace Green is sometimes used by students of Durham University as a croquet lawn on permission from the groundsman of University College Durham.

'Palace Green' is also the name of a hymn tune written by Michael Fleming (1928-2006) while a music student at the university, for the hymn 'Sing Praise to God Who Reigns Above'. 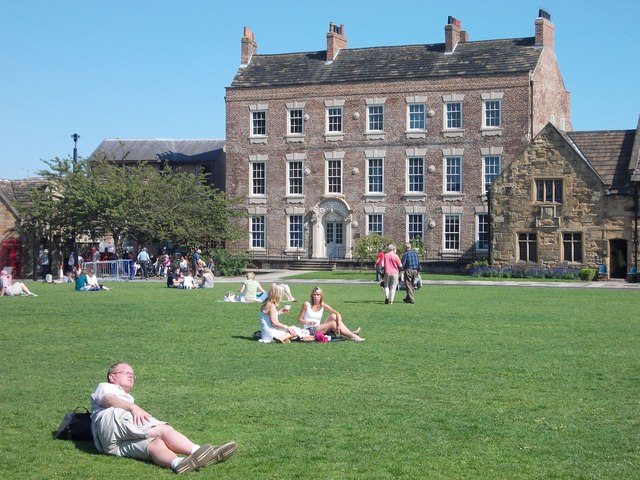 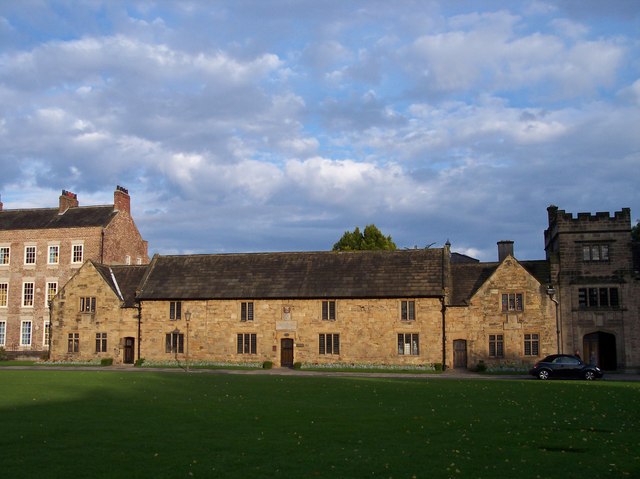 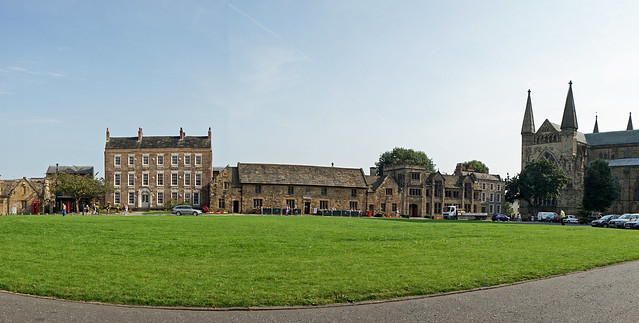 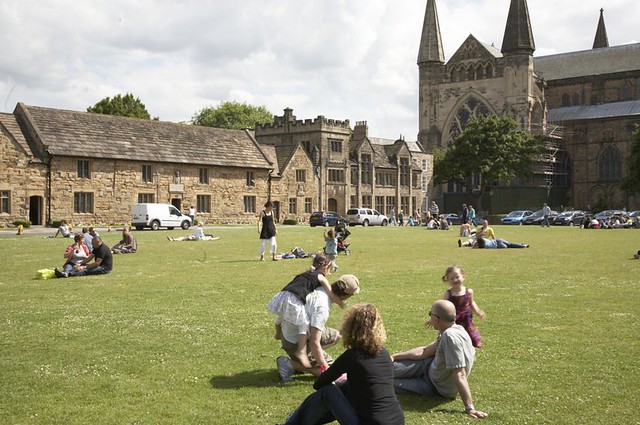 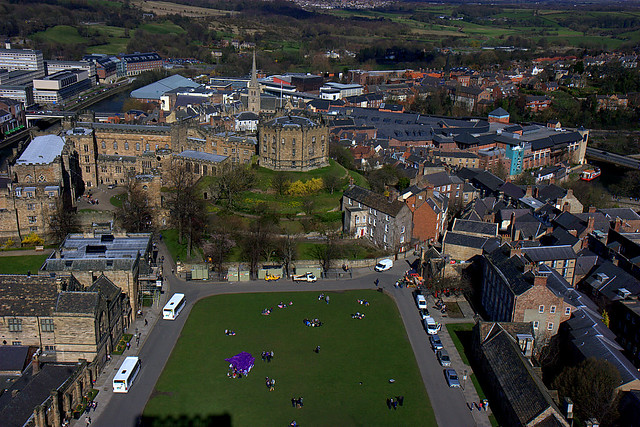 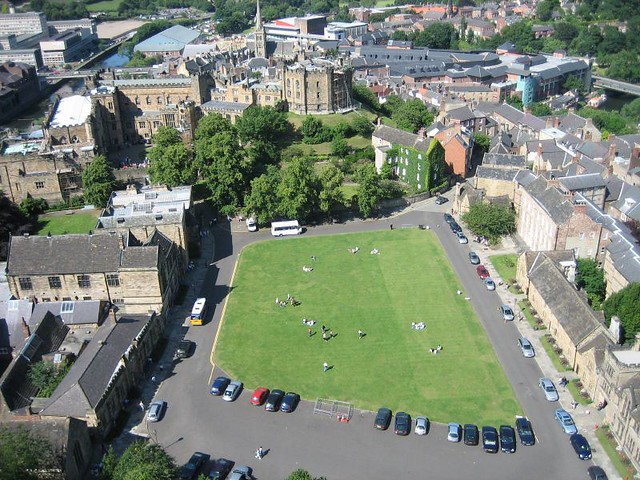 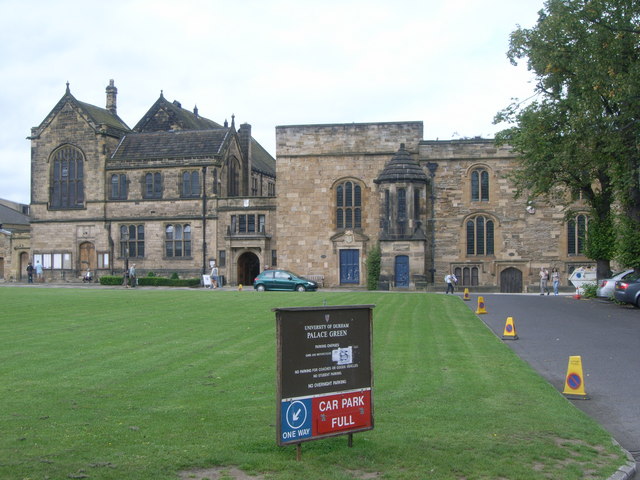 Palace Green & Surrounding Buildings
- "What is today known as Palace Green was originally the city market place – probably then bustling and rather chaotic. Around the green are a variety of buildings from different periods ... 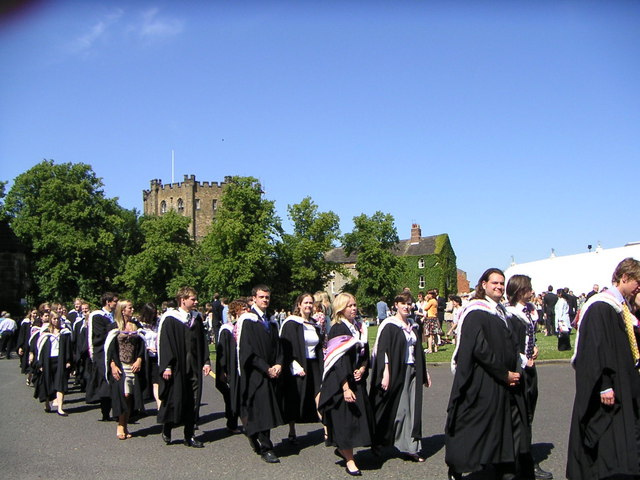 In front of Durham Cathedral

Palace Green & Surrounding Buildings
- "What is today known as Palace Green was originally the city market place – probably then bustling and rather chaotic. Around the green are a variety of buildings from different periods ...

In front of Durham Cathedral