Ovingham is a civil parish and village in the Tyne Valley, Northumberland.

Ovingham is a civil parish and village in the Tyne Valley of south Northumberland, England. It lies on the River Tyne 10 miles east of Hexham with neighbours Prudhoe, Ovington, Wylam and Stocksfield.

The River Tyne provided an obstacle between Ovingham and Prudhoe until 20 December 1883, when a toll bridge (Ovingham Bridge) was finally opened, taking the place of the ferry. The steel tubes are marked Dorman Long Middlesbrough, the firm which designed and built the Sydney Harbour Bridge and the Tyne Bridge.

Ovingham is in the parliamentary constituency of Hexham.

There was a dyehouse at Ovingham, and in 1828 William Bullock was the foreman. Both Thomas Bewick and George Stephenson had relatives who were dyers. One of Bewick's woodcuts is entitled the Dyers of Ovingham. Two men are carrying a large tub on a pole. Mabel Stephenson, George's mother, was a daughter of an Ovingham dyer named Richard Carr. There were weavers in Ovingham, as well as a local tidewaiter, or customs inspector.

The vicarage was, in medieval times, a cell for three Augustinian canons of Hexham, and was rebuilt in the seventeenth century. It is now [1991] the residence of Frank Atkinson, who did so much to establish the Beamish Museum and also the Bewick Trust at Cherryburn. Bewick received his education in the vicarage and the church.

The Ovingham pack-horse' bridge over the Whittle Burn consisted of two segmental arches with a width of five feet between the parapets, so that it could not be used for wheeled traffic. It is likely that the Ovingham mill dam on the Tyne raised the level of the water. There was a great fire at Ovingham in 1697 and the bridge fell down. So the bridge which previously stood was repaired or rebuilt in 1698. There is also a concrete bridge over the water for traffic, which in time of flood becomes a ford. The bridge was destroyed in flooding on 5 December 2015.

Whittle dean is a deep woody dell which stretches southwards & joins the Tyne east of Ovington. The waters of this dean (peculiarly soft & clear) are the most celebrated in the north of England for whitening linen cloth. Mr. William Newton's bleach green, situated on this stream at the confluence of the Tyne is known and famed throughout all these northern parts. (Mackenzie 1825). The Whittle Burn can be traced back to the present day Whittledean Water Works on either side of the Roman Wall near Welton Hall.

The village is served by Prudhoe railway station on the Tyne Valley Line. The line was opened in 1838, and links the city of Newcastle upon Tyne in Tyne and Wear with Carlisle in Cumbria. The line follows the course of the River Tyne through Northumberland.

Passenger services on the Tyne Valley Line are operated by Northern. The line is also heavily used for freight. The railway station is across the River Tyne on the south bank of the river.

The village lies about south of the A69 road giving good links with Newcastle upon Tyne, Hexham, and Carlisle. The A695 road is accessible across Ovingham Bridge giving access to places on the south side of the River Tyne including Gateshead.

The Church of England parish church of Saint Mary has a tall slender Anglo-Saxon tower. There are fragments of an Anglo-Saxon cross in the church, which was much enlarged in the 13th century – wider, loftier and with long lancet windows. The nave with aisles is only two bays long, as the north and south transepts, each with a west aisle, take up the space of two more bays. There is a long chancel with very little ornament. The churchyard has a number of gravestones in memory of prominent villagers. In the porch is a stone slab commemorating Thomas Bewick who is buried in the churchyard.

Ovingham had a charter for a market and two annual fairs on 26 October and 26 April. There was also a monthly tryst for cattle and sheep, which was discontinued in 1823. The ceremony for the Fair was similar to Stagshaw. A procession moved to the principal alehouse for the 'riding of the fair', led by the Duke of Northumberland's pipers, dressed in light blue and adorned with the Duke's sign of a crescent moon. The procession included the Duke's agent, bailiff, constable with many farmers and tenants. The fair was proclaimed and then they beat the bounds, returning to the tavern to drink the Duke's health from punch provided by him. After this men, women and children alike went to enjoy the amusements – stalls, Punch and Judy and performers such as fire-breathers. The custom was discontinued in time, but it has been revived in recent years as the 'Goose Fair', since in the days of the old Fair geese would play an important part in the sale. Quill pens were made in Ovingham from goose feathers. 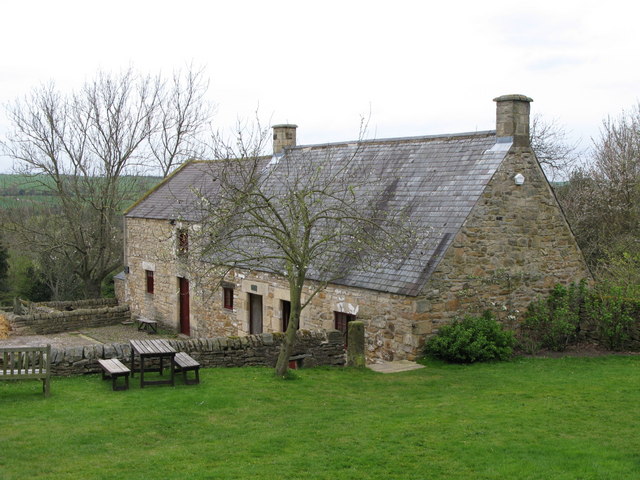 Cherryburn
- Overview About Cherryburn Map Cherryburn is a National Trust location which includes the farmhouse and cottage which was the birthplace of Thomas Bewick (1753-1828), a renowned wood engraver and naturalist ... 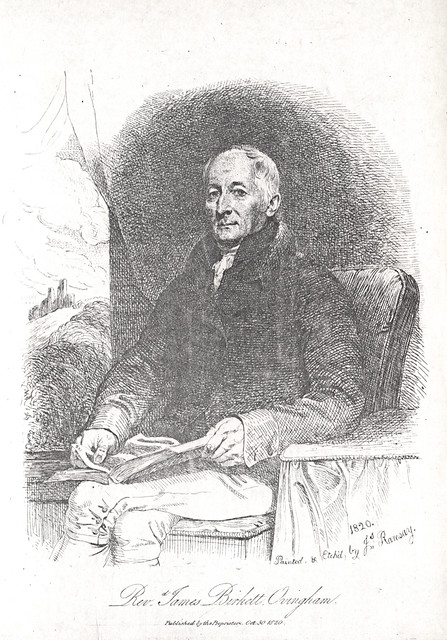 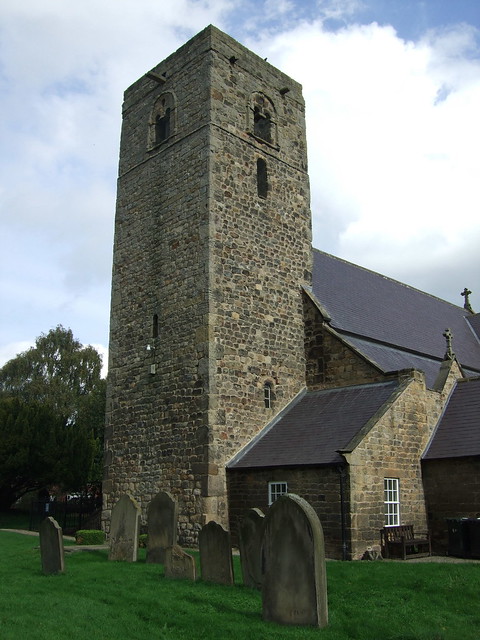 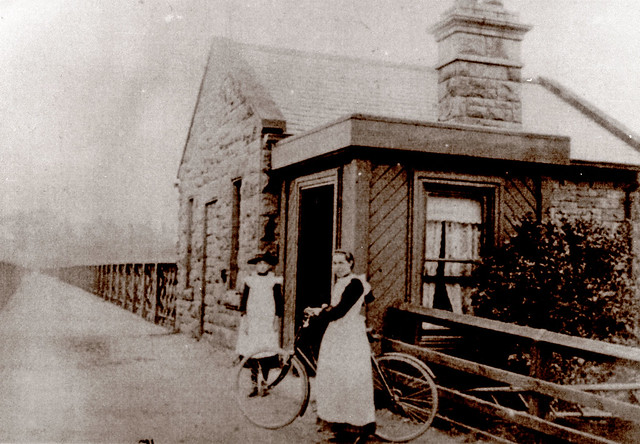 Two young ladies and a bicycle outside the toll cottage for Ovingham Bridge. 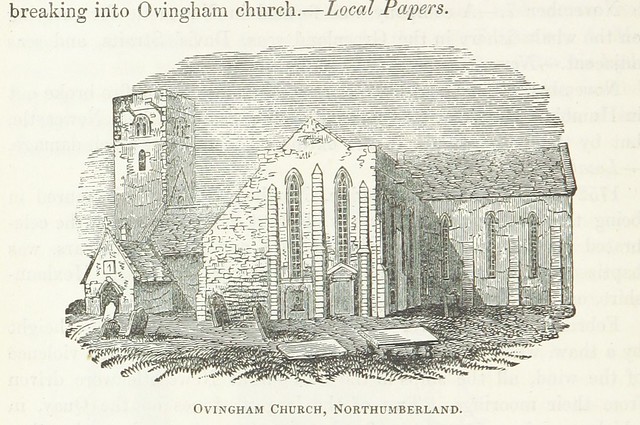 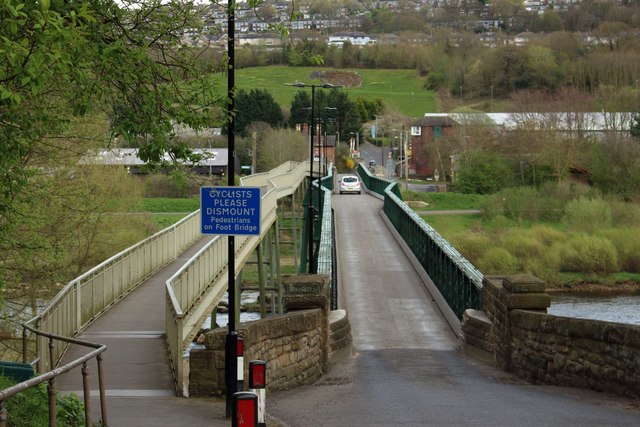 Bridges across the Tyne, Ovingham 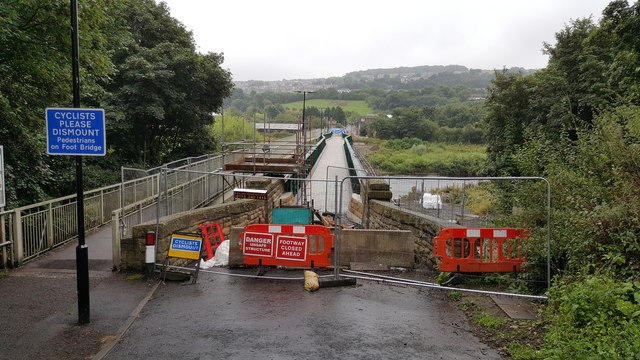 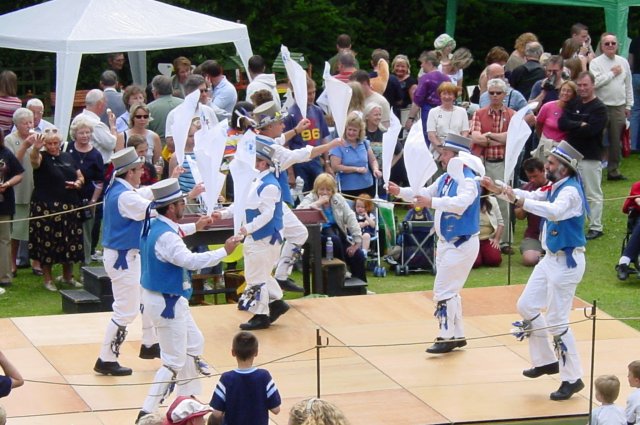 Local History: Ovingham
- "Ovingham lies on the River Tyne 15 miles upstream from the City of Newcastle. The modern parish covers an area of approximately three square kilometres on a terrace above the ...

Cherryburn
- Overview About Cherryburn Map Cherryburn is a National Trust location which includes the farmhouse and cottage which was the birthplace of Thomas Bewick (1753-1828), a renowned wood engraver and naturalist ...

Two young ladies and a bicycle outside the toll cottage for Ovingham Bridge.

Bridges across the Tyne, Ovingham

Local History: Ovingham
- "Ovingham lies on the River Tyne 15 miles upstream from the City of Newcastle. The modern parish covers an area of approximately three square kilometres on a terrace above the ...

Map and Aerial View of Ovingham

Map and Aerial View of Ovingham