The main house was built during the 1870s and was once a hotel and military barracks. In 1949 it became an Ursuline convent school and remained so until 1983 when the order left Northumberland. It was then sold to a charitable trust and named Longridge Towers School. It now has some two hundred and fifty pupils and a liberal ethos. Most children are day pupils, but boarding pupils including international students are welcome.

The Longridge estate was acquired, through his marriage, by Sir Hubert Edward Henry Jerningham, KCMG, who from 1881 to 1885 had been a Liberal Member of Parliament for Berwick-upon-Tweed. He was thereafter Colonial Secretary of the British Honduras (Belize) (1887–1889), Colonial Secretary (1889–1893) and Lieutenant-Governor of Mauritius (1892–1893), and Governor of Trinidad and Tobago (1897–1900). The principal building, erected as his stately home, at great cost, incorporated the very latest innovations including a hydraulic lift and gas lighting to all parts of the main house. The portico is said to have been built for a visit of the Prince of Wales just to make sure he did not get wet when alighting from his coach. When it was completed it was one of the largest private houses in the north of Northumberland, and Sir Hubert lived there until his death in 1914. Lady Jerningham (d. 1902) had been Annie, daughter of E. Liddell, of Benton Park, and widow of C. T. Mather of Longridge, and her statue sits on the Elizabethan town walls in Berwick-upon-Tweed looking towards the distant school. The building was afterwards, for a while a hotel, until it became a convent school.

Text from Wikipedia, available under the Creative Commons Attribution-ShareAlike License (accessed: 11/01/2020).
Visit the page: Longridge Towers School for references and further details. You can contribute to this article on Wikipedia.
Longridge 1876 Historic Buildings and Monuments in Horncliffe Civil Parish 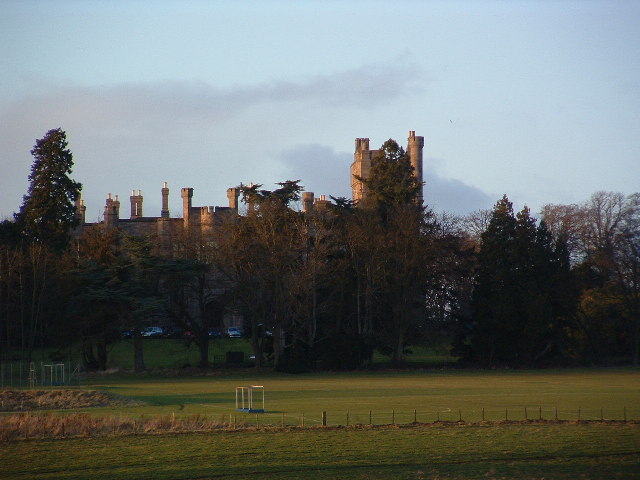 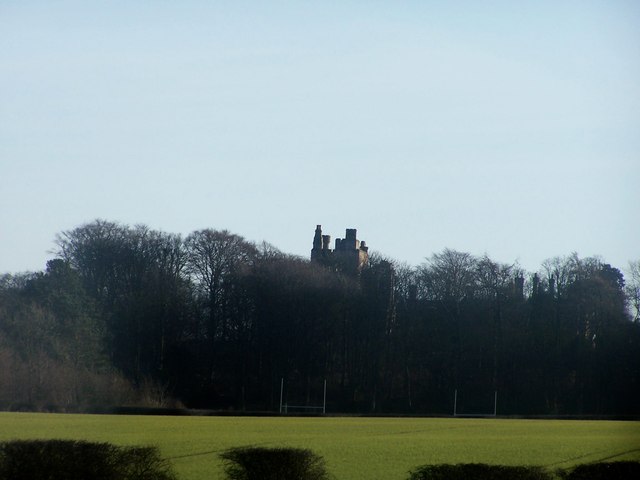 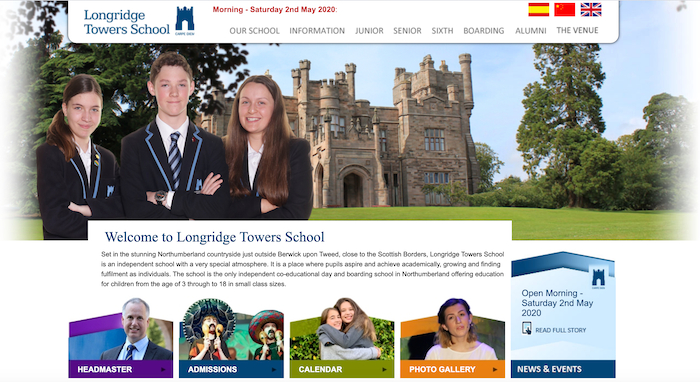