HARLE, KIRK (St. Wilfrid), a parish, in the union of Bellingham, N.E. division of Tindale ward, S. division of Northumberland; containing, with the chapelry of Kirkheaton and township of Hawick, 382 inhabitants, of whom 210 are in the township of Kirk-Harle. The manor was anciently held by the knightly family of Harle, from whom it passed to the Strothers, and from them, by marriage, to the Loraines, whose ancestor, Robert, had come to England with the Conqueror, and who were resident here from the time of Henry VI., but sold all their lands in 1837. The parish is near the river Wansbeck, and comprises 5,167 acres, of which about 1,960, exclusively of the glebe, are in the township of Kirk-Harle. A coal-field extends over nearly the whole of the manor, and freestone and limestone are extensively quarried for the purposes of building and agriculture. The Hall, a mansion standing in a retired situation, in a fine park, was erected by Sir William Loraine, the second baronet, in the beginning of the last century, and has been subsequently improved. The living is a vicarage, endowed with a portion of the rectorial tithes, valued in the king's books at £3. 8. 4., and in the patronage of Thomas Anderson, Esq., who is impropriator of the remainder of the rectorial tithes; it has a net income of £197, and the glebe consists of 156 acres. The church is an ancient edifice consisting of a nave and chancel, together measuring 70 feet in length; some repairs were made at the close of the 17th and beginning of the 18th century, but the main edifice is of the date of Henry IV., about which time it is said to have been in a state of decay, and to have been renovated by the Strother family. Sir William de Herle, chief justice in the reign of Edward III., was born and had lands in the parish; and the well-known landscape gardener, Launcelot Brown, commonly called "Capability Brown," was born at Kirk-Harle in 1715. 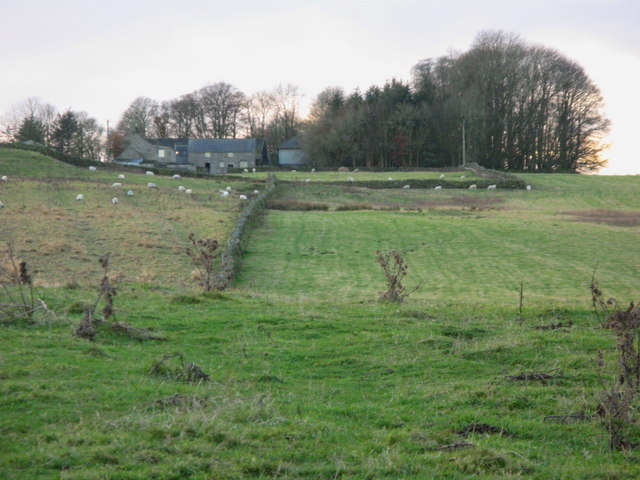 Hawick, near Kirkwhelpington
- Overview Map Hawick is located near Sweethope Loughs, about 2 miles north-west of the village of Great Bavington and 2 miles south-west of Kirkwhelpington in Northumberland. Today this is essentially ...

Hawick, near Kirkwhelpington
- Overview Map Hawick is located near Sweethope Loughs, about 2 miles north-west of the village of Great Bavington and 2 miles south-west of Kirkwhelpington in Northumberland. Today this is essentially ...