Joseph Swan was born in Bishopwearmouth on 31st October 1828. He was a physicist, chemist and inventor. He became a partner in Mawson, Swan and Morgan ltd, formerly located on Grey Street in Newcastle. Swan was famous for inventing the first incandescent light bulb which he demonstrated to the Literary and Philosophical Society of Newcastle upon Tyne on the 18th December 1878. His house ('Underhill') in Low Fell,  Gateshead was the first in the world to be lit by electric lightbulb.

Sir Joseph Wilson Swan, D.Sc.h.c., FRS (31 October 1828 – 27 May 1914) was a British physicist and chemist. He is known as an independent early developer of a successful incandescent light bulb and is the person responsible for developing and supplying the electric lights used in the world's first homes and public buildings (Savoy Theatre in 1881) to be lit with electric light bulbs.

In 1904 Swan was knighted by King Edward VII, awarded the Royal Society's Hughes Medal, and was made an honorary member of the Pharmaceutical Society. He had received the highest decoration in France, the Légion d'honneur, when he visited an international exhibition in Paris in 1881. The exhibition included exhibits of his inventions, and the city was lit with his electric lighting.

Swan was the maternal grandfather of Christopher Morcom, Alan Turing's close friend and first love during their studies at the Sherborne boarding school.

Joseph Wilson Swan was born in 1828 at Pallion Hall in Pallion in the Parish of Bishopwearmouth, Sunderland, County Durham. His parents were John Swan and Isabella Cameron.Davidson, Michael W. and The Florida State University. "Molecular expressionsTM. Science, optics and you. Pioneers in optics. Joseph Swan (1828–1914)." Last modification 26 February 2004. Retrieved 16 November 2009 He was said to have had an enquiring mind even as a child. He augmented his education with a fascination of his surroundings, the industry of the area and reading. He attended lectures at the Sunderland Atheneum. He later became a partner in Mawson's, a firm of manufacturing chemists in Newcastle upon Tyne, started by John Mawson (9 Sep 1819 – 17 December 1867) the husband of his sister, Elizabeth Swan (22 Nov 1822 – 2 August 1905). This company existed as Mawson, Swan and Morgan until 1973, formerly located on Grey Street in Newcastle upon Tyne near Grey's Monument. The premises are now occupied by hamburger chain Byron and can be identified by a line of Victorian-style electric street lamps in front of the store on Grey Street. Swan lived at Underhill, Low Fell, Gateshead, a large house on Kells Lane North, where he conducted most of his experiments in the large conservatory. The house was later converted into a private fee paying, grant aided co-educational grammar school named Beaconsfield School. Here, students could still find examples of Swan's original electrical fittings.

In 1850 Swan began working on a light bulb using carbonized paper filaments in an evacuated glass bulb. By 1860 he was able to demonstrate a working device, and obtained a British patent covering a partial vacuum, carbon filament incandescent lamp. However, the lack of a good vacuum and an adequate electric source resulted in an inefficient light bulb with a short lifetime.

In 1875 Swan returned to consider the problem of the light bulb with the aid of a better vacuum and a carbonized thread as a filament. The most significant feature of Swan's improved lamp was that there was little residual oxygen in the vacuum tube to ignite the filament, thus allowing the filament to glow almost white-hot without catching fire. However, his filament had low resistance, thus needing heavy copper wires to supply it.

Swan first publicly demonstrated his incandescent carbon lamp at a lecture for the Newcastle upon Tyne Chemical Society on 18 December 1878. However, after burning with a bright light for some minutes in his laboratory, the lamp broke down due to excessive current. On 17 January 1879 this lecture was successfully repeated with the lamp shown in actual operation; Swan had solved the problem of incandescent electric lighting by means of a vacuum lamp. On 3 February 1879 he publicly demonstrated a working lamp to an audience of over seven hundred people in the lecture theatre of the Literary and Philosophical Society of Newcastle upon Tyne, Sir William Armstrong presiding. Swan turned his attention to producing a better carbon filament and the means of attaching its ends. He devised a method of treating cotton to produce "parchmentised thread" and obtained British Patent 4933 on 27 November 1880. From that time he began installing light bulbs in homes and landmarks in England.

His house, Underhill, Low Fell, Gateshead, was the world's first to have working light bulbs installed. The Lit & Phil Library in Westgate Road, Newcastle, was the first public room lit by electric light during a lecture by Swan on 20 October 1880. In 1881 he founded his own company, The Swan Electric Light Company, and started commercial production.

The Savoy, a state-of-the-art theatre in the City of Westminster, London, was the first public building in the world lit entirely by electricity. Swan supplied about 1,200 incandescent lamps, powered by an generator on open land near the theatre. The builder of the Savoy, Richard D'Oyly Carte, explained why he had introduced Swan's electric light: "The greatest drawbacks to the enjoyment of the theatrical performances are, undoubtedly, the foul air and heat which pervade all theatres. As everyone knows, each gas-burner consumes as much oxygen as many people, and causes great heat beside. The incandescent lamps consume no oxygen, and cause no perceptible heat." The first generator proved too small to power the whole building, and though the entire front-of-house was electrically lit, the stage was lit by gas until 28 December 1881. At that performance, Carte stepped onstage and broke a glowing lightbulb before the audience to demonstrate the safety of Swan's new technology. On 29 December 1881, The Times described the electric lighting as superior, visually, to gaslight.

The first private residence, other than the inventor's, lit by the new incandescent lamp was that of his friend, Sir William Armstrong at Cragside, near Rothbury, Northumberland. Swan personally supervised the installation there in December 1880. Swan had formed 'The Swan Electric Light Company Ltd' with a factory at Benwell, Newcastle, and had established the first commercial manufacture of incandescent lightbulbs by the beginning of 1881.

Swan's carbon rod lamp and carbon filament lamp, while functional, were still relatively impractical due to low resistance (needing very expensive thick copper wiring) and short running life. While searching for a better filament for his light bulb, Swan inadvertently made another advance. In 1881 he developed and patented a process for squeezing nitro-cellulose through holes to form conducting fibres. His newly established company (which by merger eventually became the Edison and Swan United Company) used Swan's cellulose filaments in their bulbs. The textile industry has also used this process.

The first ship to use Swan's invention was The City of Richmond, owned by the 'Inman Line'. She was fitted out with incandescent lamps in June 1881. The Royal Navy also introduced them to their ships soon after with HMS Inflexible having the new lamps installed in the same year.

Swan was one of the early developers of the electric safety lamp for miners, exhibiting his first in Newcastle upon Tyne at the North of England Institute of Mining Engineers on 14 May 1881. This required a wired supply so the following year he presented one with a battery and other improved versions followed. By 1886 a lamp with better light output than a flame safety lamp was in production by the Edison-Swan Company. However, it suffered from problems of reliability and was not a success. It took development by others over the next 20 years or so before effective electric lamps were in common use.

In what is considered to be independent lines of inquiry, Swan's incandescent electric lamp was developed at the same time Thomas Edison was working on his incandescent lamp with Swan's first successful lamp and Edison's lamp both patented in 1879. Edison's goal in developing his lamp was for it to be used as one part of a much larger system: a long-life high-resistance lamp that could be connected in parallel to work economically with the large-scale electric-lighting utility he was creating. Swan's original lamp design, with its low resistance (the lamp could only be used in series) and short life span, was not suited for such an application.

Swan's strong patents in Great Britain led, in 1883, to the two competing companies merging to exploit both Swan's and Edison's inventions with the establishment of the Edison & Swan United Electric Light Company. Known commonly as Ediswan, the company sold lamps made with a cellulose filament that Swan had invented in 1881 while the Edison Company continued using bamboo filaments outside of Britain. When both companies (and their patents) were merged in 1892 into General Electric the cellulose filament was used throughout until it was replaced in 1904 by a GE developed "GEM" (General Electric Metallized) baked cellulose filament.

In 1886 Ediswan moved production to a former jute mill at Ponders End, North London. In 1916 Ediswan set up the UK's first radio thermionic valve factory at Ponders End. This area, with nearby Brimsdown subsequently developed as a centre for the manufacture of thermionic valves, cathode ray tubes, etc. and nearby parts of Enfield became an important centre of the electronics industry for much of the 20th century. Ediswan became part of British Thomson-Houston and Associated Electrical Industries (AEI) in the late 1920s.

When working with wet photographic plates, Swan noticed that heat increased the sensitivity of the silver bromide emulsion. By 1871 he had devised a method of using dry plates and substituting nitro-cellulose plastic for glass plates, thus initiating the age of convenience in photography. Eight years later he patented bromide paper, developments of which are still used for black-and-white photographic prints.

In 1864, Swan patented the transfer process for making carbon prints, a permanent photographic process. By adding the transfer step, Swan was able to easily make photographs with a full tonal range.

In 1894 Swan was elected a Fellow of the Royal Society, and in September 1901 he was awarded the honorary degree of Doctor of Science (D.Sc.) from the University of Durham. In 1904 he was knighted, awarded the Royal Society's Hughes Medal, and made an honorary member of the Pharmaceutical Society. Swan died in 1914 at Warlingham in Surrey. 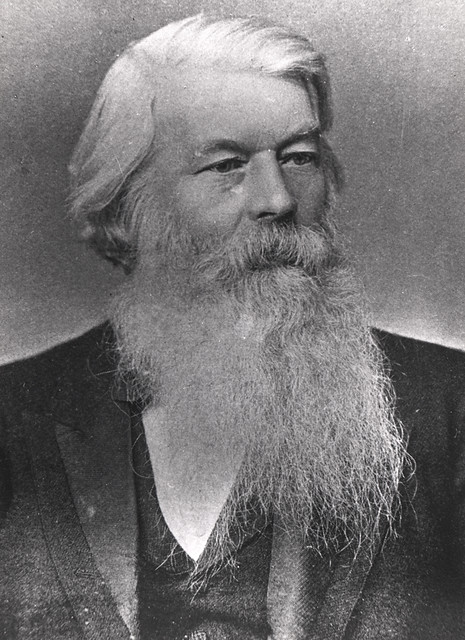 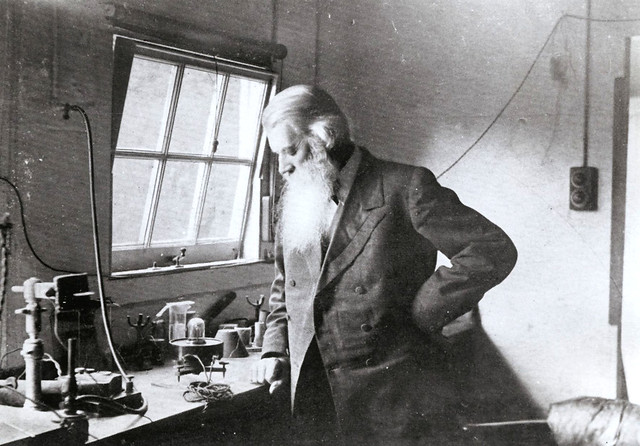 Joseph Swan in his Laboratory 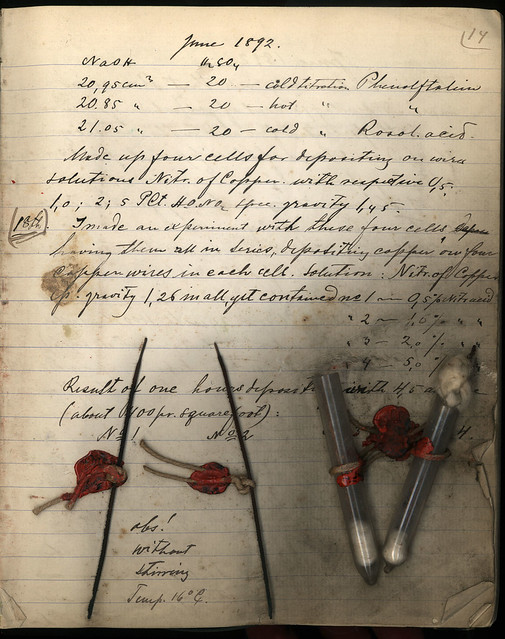 A Portrait of Joseph Swan 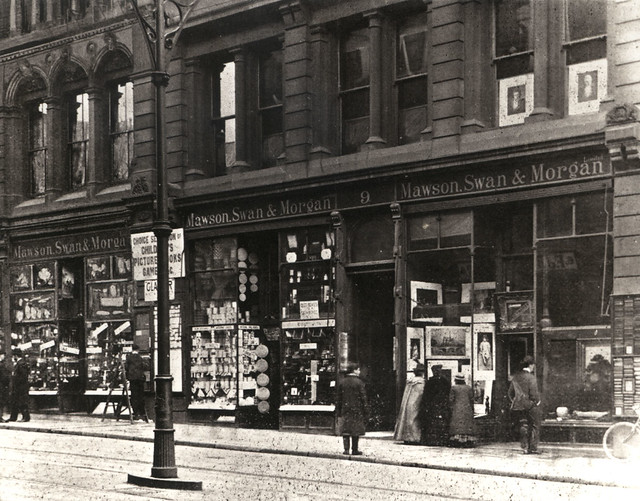 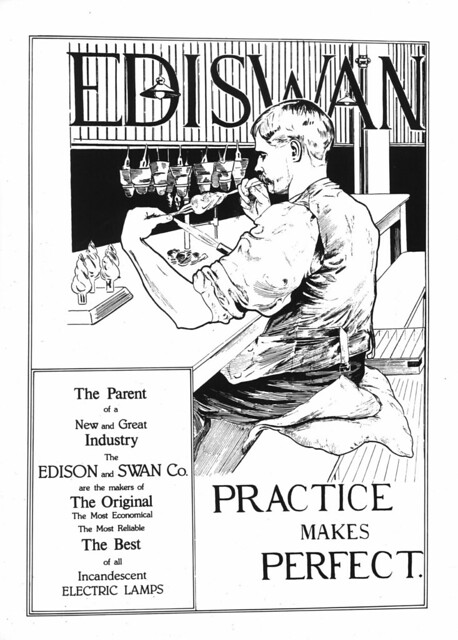 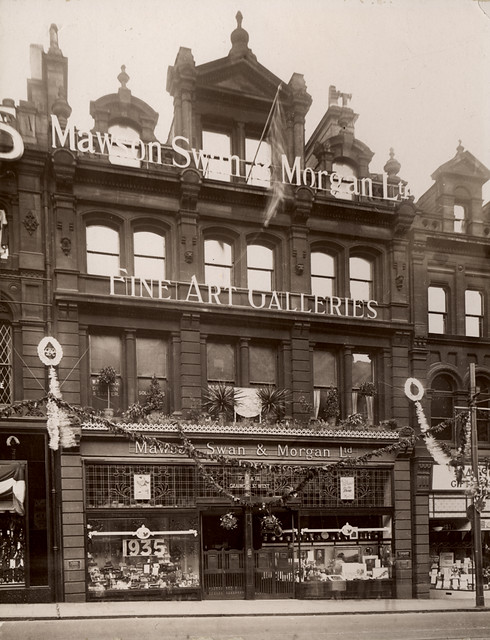 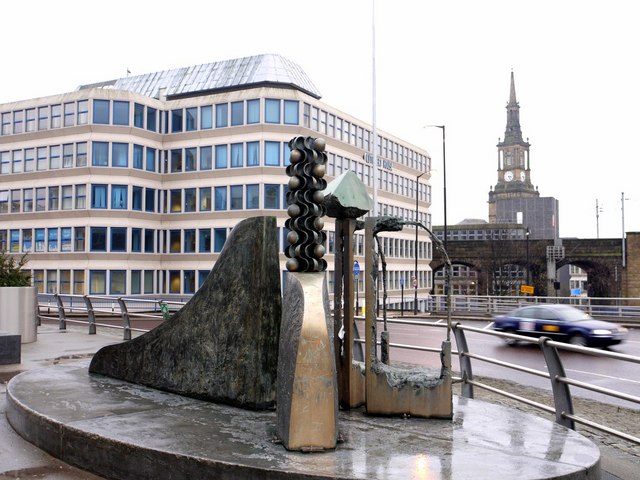 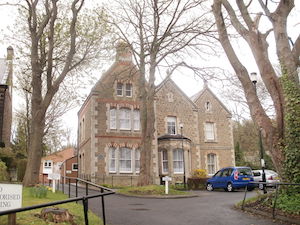 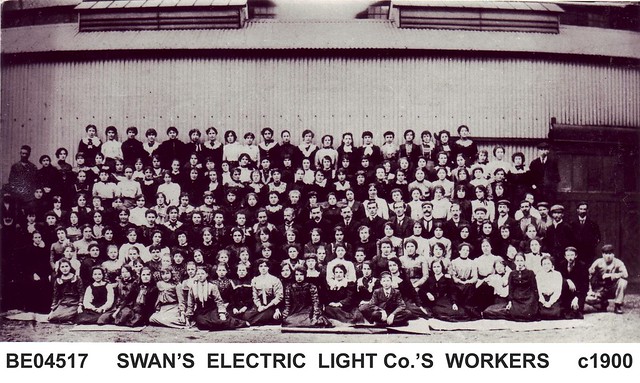 Joseph Swan in his Laboratory

A Portrait of Joseph Swan