Haydon Bridge is a village in Northumberland, England, with a population of about 2000, the civil parish(Haydon) being measured at 2,184 in the Census 2011. Its most distinctive features are the two bridges crossing the River South Tyne; the picturesque original bridge for which the village was named (now restricted to pedestrian use) and a modern bridge which used to carry the A69 road. A bypass was completed in 2009 and the A69 now bypasses the village to the south.

The modern village is divided in two by the River South Tyne, whereas the old village (Haydon) was to the north, on the hill overlooking the river; all that remains is a Norman church now reduced in size from the original, which used stone taken from nearby Roman Hadrian's Wall. The A686 road joins the A69 just to the south east of the village, linking Haydon Bridge with Alston and Penrith.

In 1323, a Charter was granted for a market and fair to be held in the village, but as these gatherings so often ended in brawls between various families, they did not add to the peace of the district.

Haydon Bridge is in the parliamentary constituency of Hexham. It has been held by the Conservatives since the early part of the twentieth century but not always with a majority of the votes cast and sometimes by a very slim margin.

The village has four pubs: The Railway, The Anchor, The General Havelock, and Haydon Bridge's Working Men's Club. There are two schools: Shaftoe Trust First School and Haydon Bridge High School. The Reading Rooms has been converted into a Bed and breakfast, offering visitors to Haydon Bridge accommodation within the village. The Railway Hotel has recently been refurbished and the old Railway Inn is now part of the hotel which also provides visitor to the village with accommodation, a bistro restaurant and beauty salon.

A few years ago, the 'old foundry' as locals called it (based on its earlier use as an ironworks established in 1843) was demolished to make way for new accommodation specifically for past and present Haydon Bridge residents. The new flats are modern buildings designed to fit in with the rest of the architecture of the village.

The Haydon Bridge area plays host to a variety of different species. Most notably, the elusive red squirrel. However, grey squirrels are moving through the area and the group Haydon Bridge Red Squirrels was set up to combat this and preserve the threatened red squirrel.

The village is served by Haydon Bridge railway station on the Newcastle and Carlisle Railway, also known as the Tyne Valley Line. The line was opened in 1838, and links the city of Newcastle upon Tyne in Tyne and Wear with Carlisle in Cumbria. The line follows the course of the River Tyne through Northumberland. Passenger services on the Tyne Valley Line are operated by Northern Rail. The line is also heavily used for freight.

Arriva and Stagecoach operate bus services jointly (Service 685) between Carlisle and Newcastle, with services passing through the village approximately every hour in each direction.

Wright Bros Coaches currently provides a limited service to destinations such as Hexham, Newcastle, Alston, and Nenthead. Tyne Valley Coaches also provide some services to the village usually on school days and only as far as Hexham via Newbrough and Warden.

The village where the "new" church is and on which the old church at Haydon looks down, was built in 1796. Dedicated to St. Cuthbert, it is said to have been one of the many resting places of the bones of the saint, which the monks carried throughout the northern counties for hundreds of years. Occasionally services are held in the old church in which, oddly enough, the font is made from a Roman altar. There is a great deal of doubt as to when this little church was originally built; if the bones of St. Cuthbert rested there, it must have been in existence before the saint found his last resting place in Durham Cathedral in 995.

There is a gruesome legend connected with the old church, given in detail in William Lee's Haydon Bridge and District. It is the old story of the girl who longed for finery which she could not afford. Watching the local tailor making a coat for her master at Altonside Farm, the girl pestered the tailor so much that at length he made a bargain with her. If she would go to the old church at Haydon at midnight and bring back the communion book from the altar, he would make her a coat which would enhance her charms in the eyes of her lover. Accordingly, the girl carried out her share of the bargain, but, as she was leaving the church, she heard voices, and hiding behind the door she saw two men dragging what appeared to be a woman's body into the church and burying it under the flagstones. Running out of the church towards her home, the girl tripped and fell, and on recovering herself she saw by the light of the moon that she had tripped over what is described in the story as a "bowarrow", which she recognized as that of her lover! The next night when he came to visit her she showed him the incriminating evidence, at which he trembled like "an aspen leaf" and dramatically said "I bid you farewell, a long farewell". So the girl gained a new coat but lost her lover.

Every year Haydon Bridge now has a Summer Exhibition held in the community centre. This displays work of artists and photographers local to the village such as Elaine Westall and wildlife photographer Will Nicholls. This event is usually held in June or July.

There is also an Arts and Crafts fair later in the year, in the same venue, where photographers, wood craftsmen, jewelers and more will sell their products to anyone who visits. 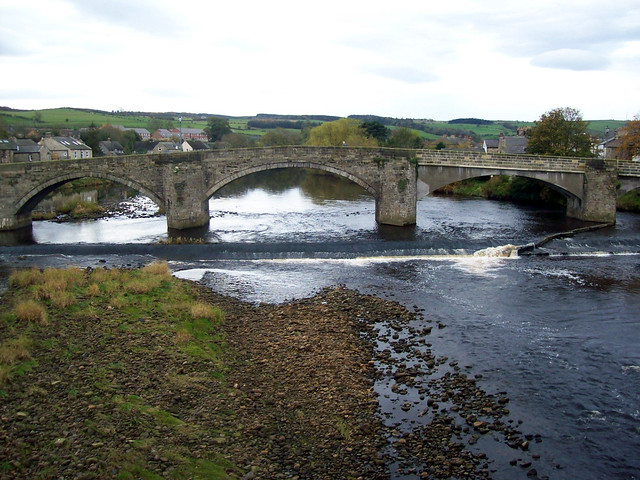 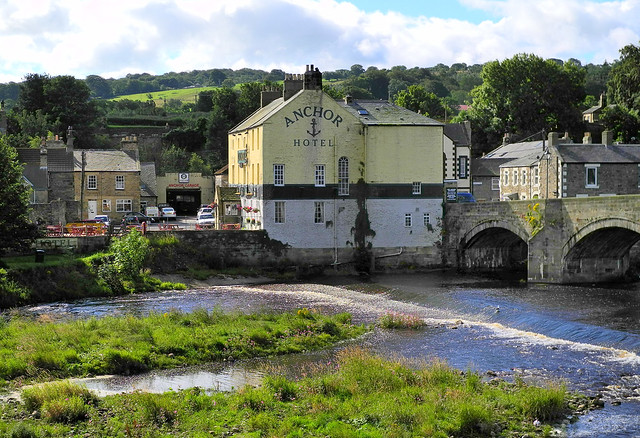 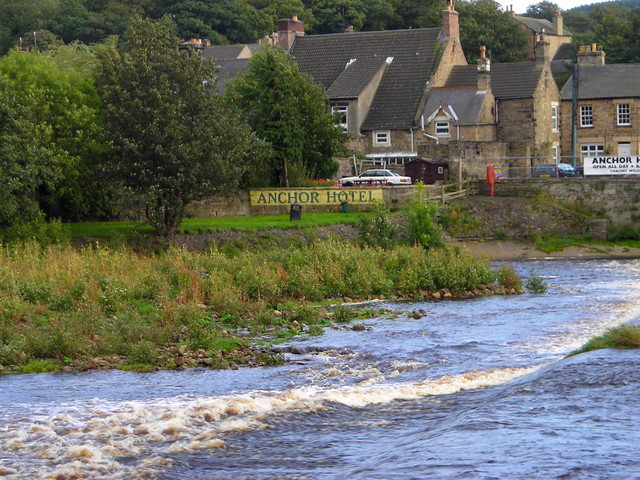 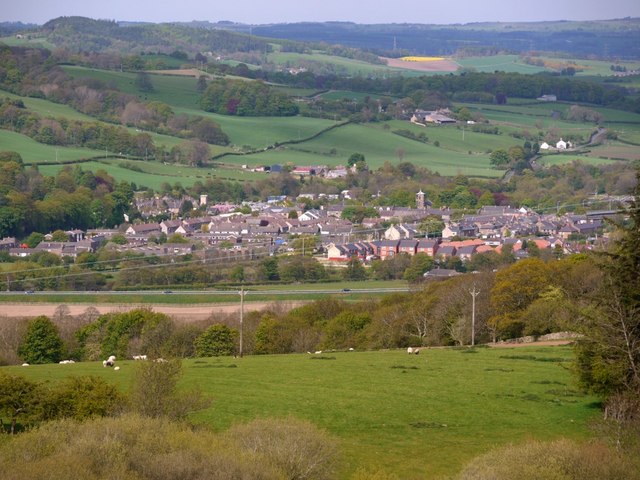 Haydon Bridge from the south west 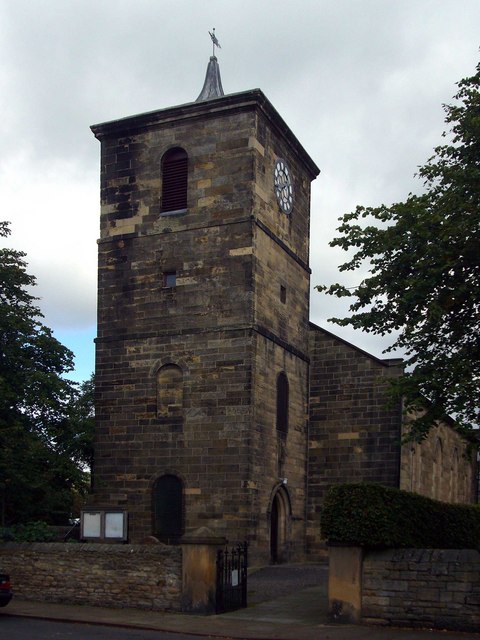 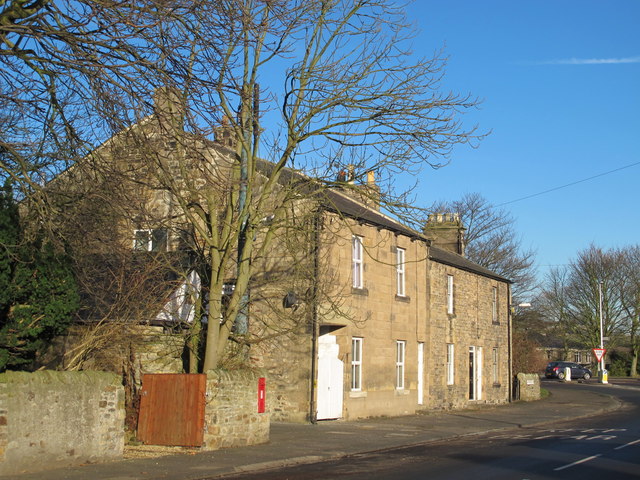 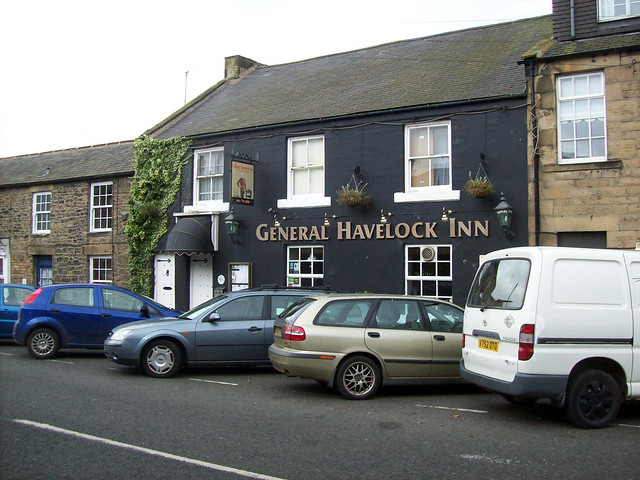 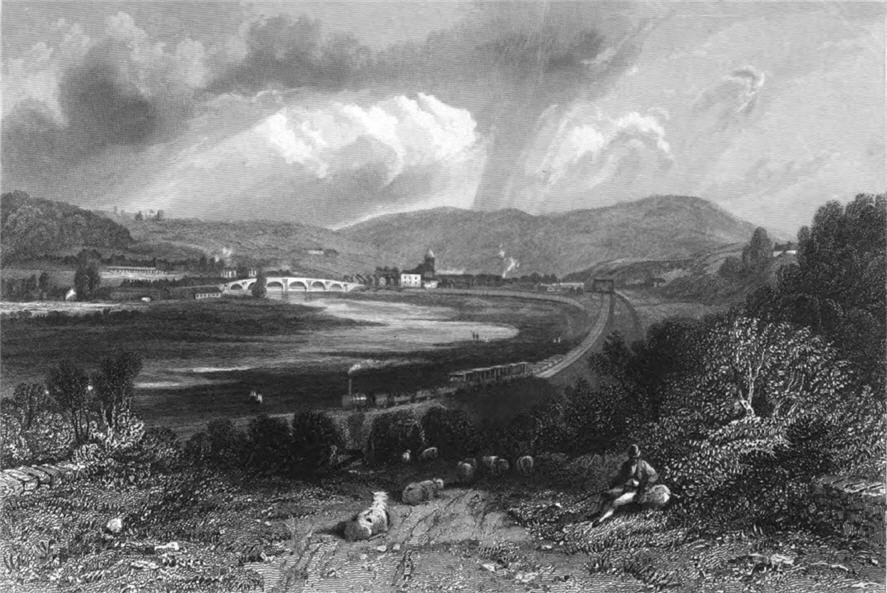 Haydon Bridge
- Engraved by J.W. Archer based on drawing by J.W. Carmichael. 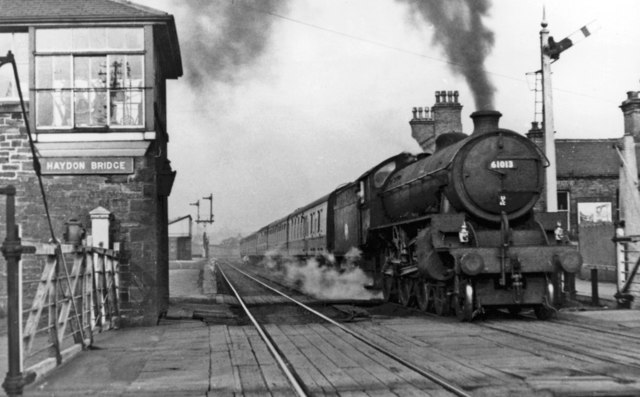 Haydon Bridge from the south west

Haydon Bridge
- Engraved by J.W. Archer based on drawing by J.W. Carmichael.