Four Lane Ends Interchange, in Longbenton, came in to operation when the Tyne & Wear Metro first opened on the 11th August 1980. The station was purpose built for Metro, though on the site of the short-lived Long Benton railway station of 1864 to 1871 (which was replaced by Benton railway station). As well as the Metro station, Four Lane Ends has an integrated bus station and was designed to be an interchange between bus and Metro networks. In 2004, a multi-storey car park was built at Four Lane Ends, along with other improvements to it's facilities.

Four Lane Ends Metro station is a station on the Tyne and Wear Metro network. It forms part of a major transport interchange located on the boundary of North Tyneside and Newcastle upon Tyne in England.

The station is located at the junction of Benton Lane (A188), Benton Park Road (A191) and Front Street (A191). The crossroads has historically been important for traders, cattle drivers, and those transporting local salts and lime towards the shipyards and factories in Newcastle. In 2008-9 the interchange was used by over 900,000 passengers, of which over 500,000 can be attributed to Metro journeys.

Nearby employment sites such as the Benton Park View government complex at Longbenton, which houses DWP, HMRC offices and Quorum Business Park mean that the station is one of the most used on the Metro system. Regular bus services depart the interchange for destinations towards Killingworth, Newcastle city centre, Northumberland and Wallsend.

The station was erected specifically to service the Metro light rail system, opening in August 1980, although built at the location of the long-closed Long Benton station (not to be confused with Longbenton), opened in 1864 and closing (when replaced by Benton) at the start of 1871, the last remains of which disappeared when Four Lane Ends was built.

Whilst the Tyne and Wear Passenger Transport Authority utilised existing stations where possible, such as at Whitley Bay and Tynemouth, new stations such as Four Lane Ends had a definite corporate look of rectangular blocks, light enamelled wall panels, and black roofing. The interchange was redeveloped in 2004 to include a multi-storey car park and improved facilities. Despite the redevelopment of the interchange the station concourse remains unchanged. 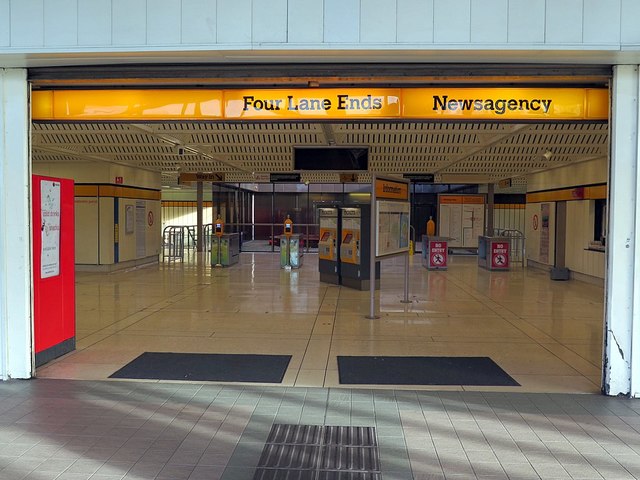 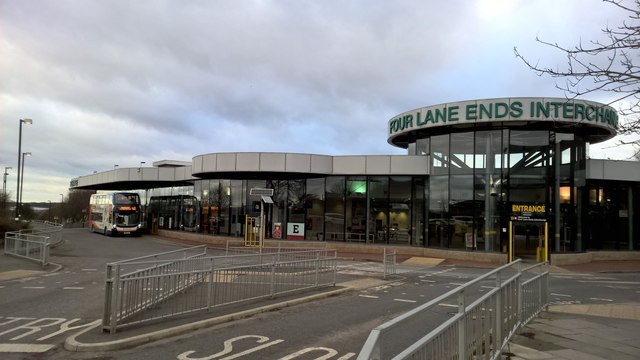 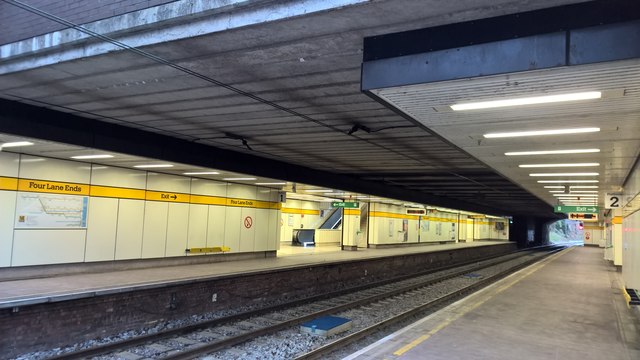 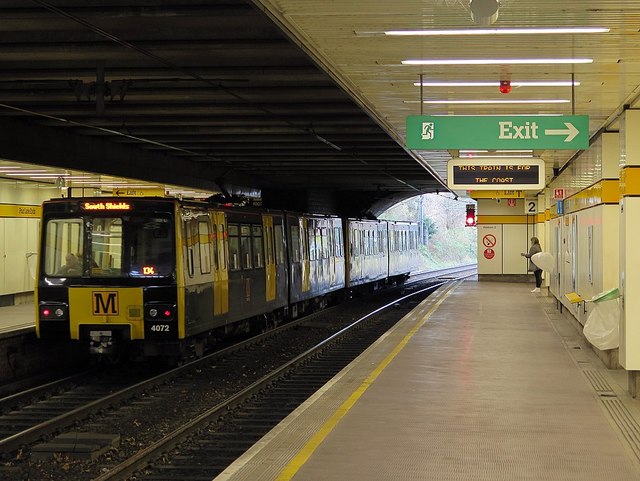 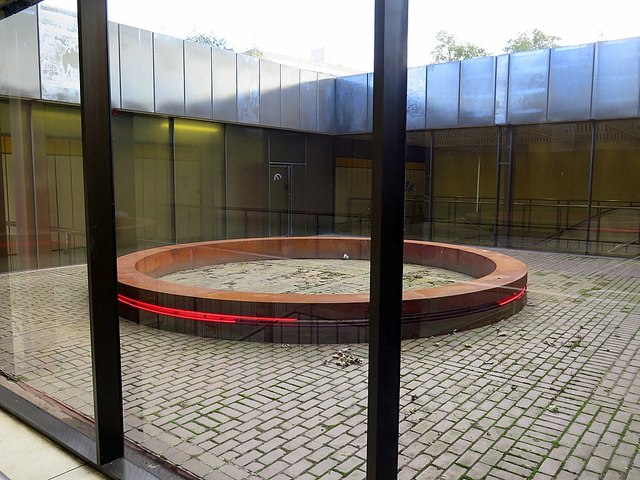 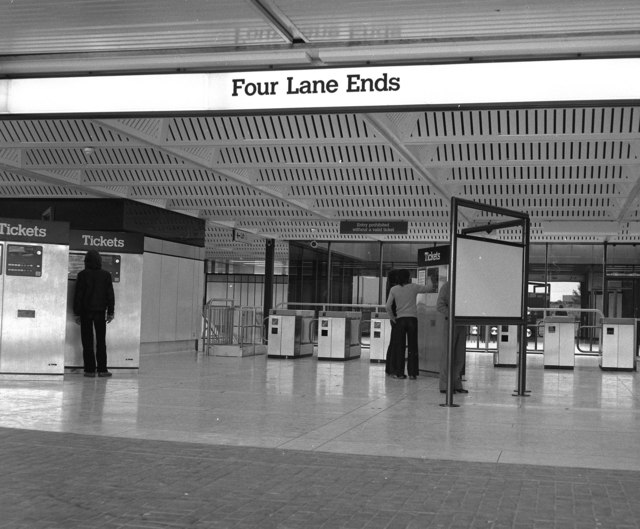 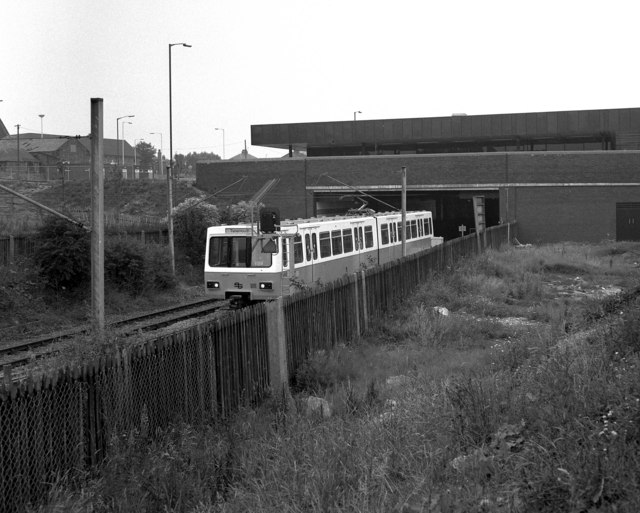 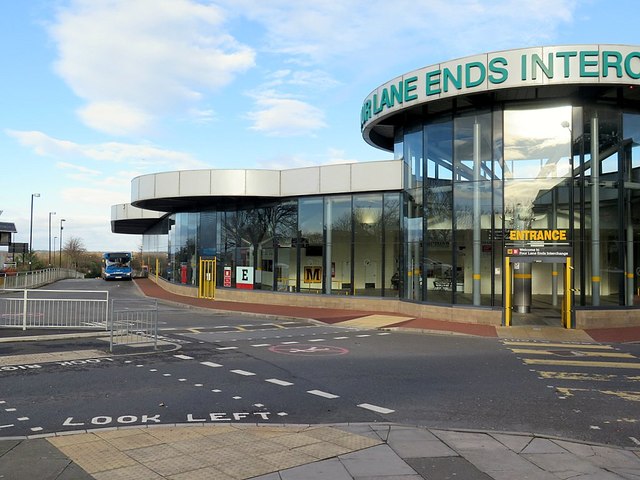 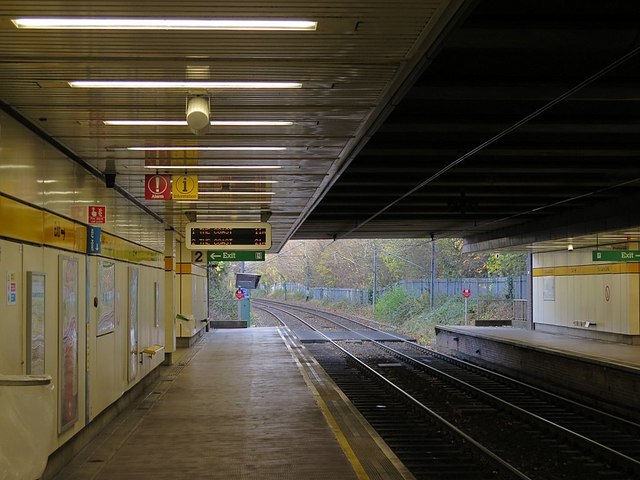 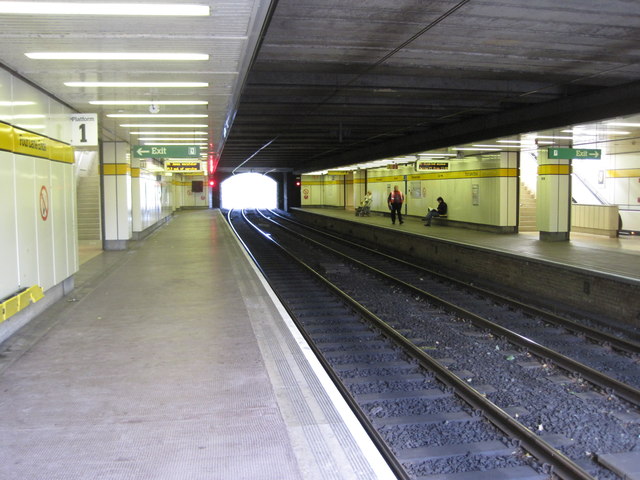