Causey Arch bridge near Tanfield was built by the Grand Allies in 1726 and is renowned to be the world's oldest surviving single-arch railway bridge. Horse-drawn wagons crossed the arch on Tanfield Railway to transport coal from local mines to the River Tyne.

The Causey Arch is a bridge near Stanley in County Durham, northern England. It is the oldest surviving single-arch railway bridge in the world, and a key element of the industrial heritage of England.

It was built in 1725–26 by stonemason Ralph Wood, funded by a conglomeration of coal-owners known as the "Grand Allies" (founded by Colonel Liddell and the Hon. Charles Montague) at a cost of £12,000. Two tracks crossed the Arch: one (the "main way") to take coal to the River Tyne, and the other (the "bye way") for returning the empty wagons. Over 900 horse-drawn wagons crossed the arch each day using the Tanfield Railway.

When the bridge was completed in 1726, it was the longest single-span bridge in the country with an arch span of , a record it held for thirty years until 1756 when a bridge was built in Pontypridd, Wales.

Use of the Arch declined when Tanfield Colliery was destroyed by fire in 1739.

The Arch was restored and reinforced in the 1980s. There are a series of scenic public paths around the area and the Causey Burn which runs underneath it. The quarry near the bridge is a popular spot for local rock climbers.

Text from Wikipedia, available under the Creative Commons Attribution-ShareAlike License (accessed: 05/04/2016).
Visit the page: Causey Arch for references and further details. You can contribute to this article on Wikipedia.
Causey The Grand Allies Tanfield Railway Causey Burn Grade I Listed Historic Buildings and Monuments in Stanley Bridges 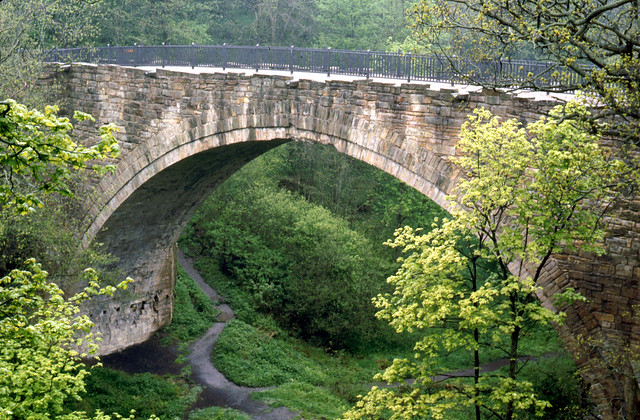 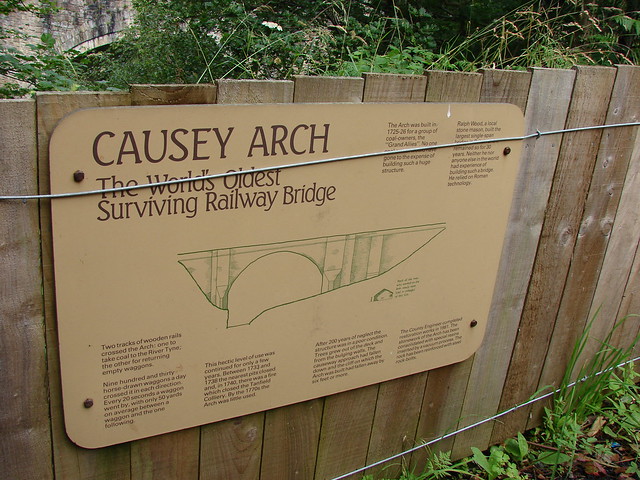 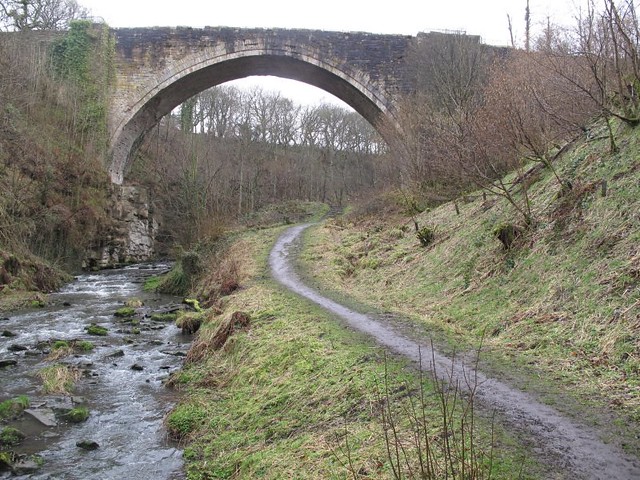 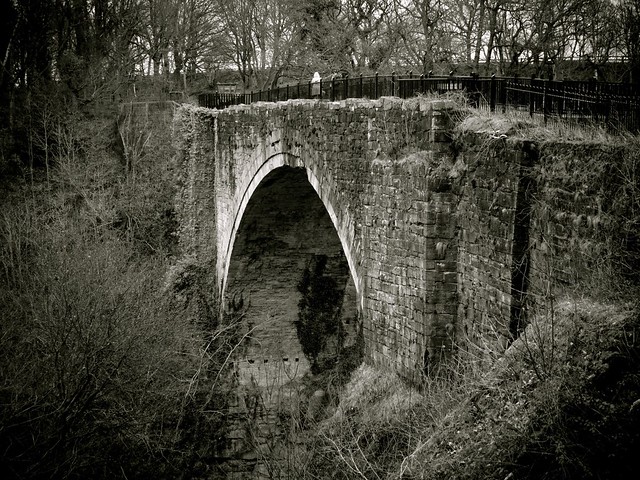 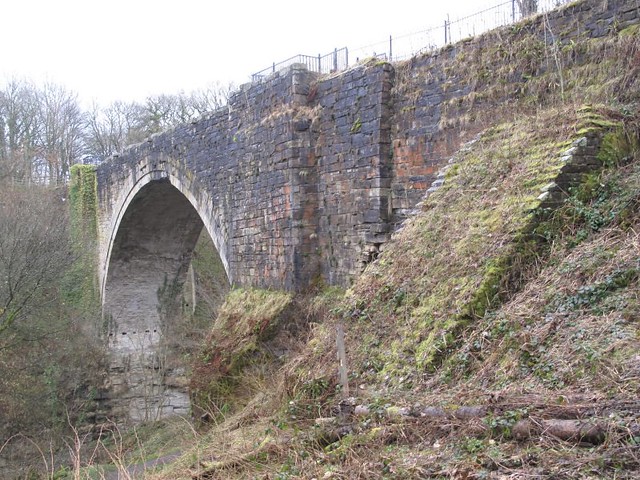 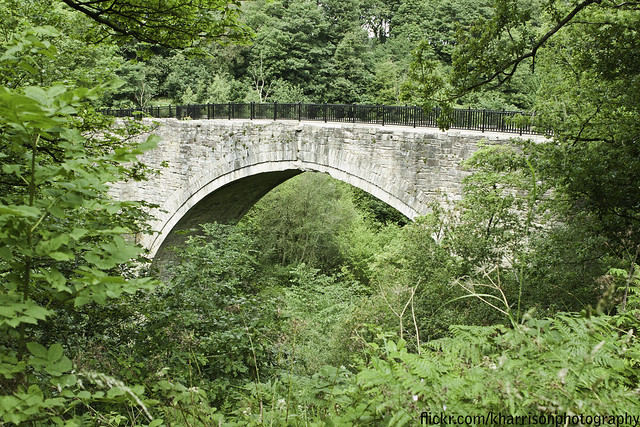 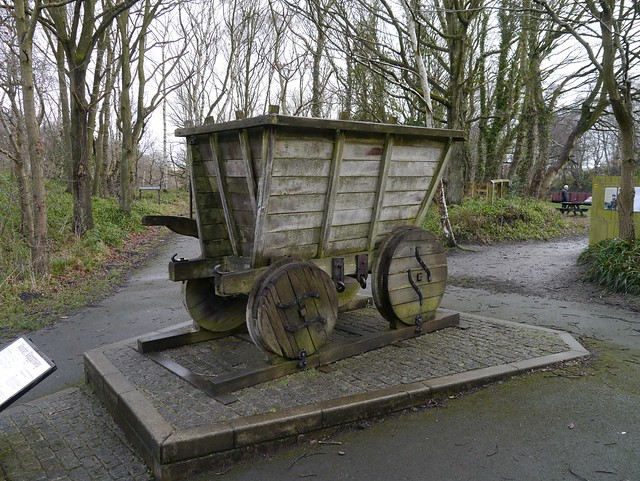 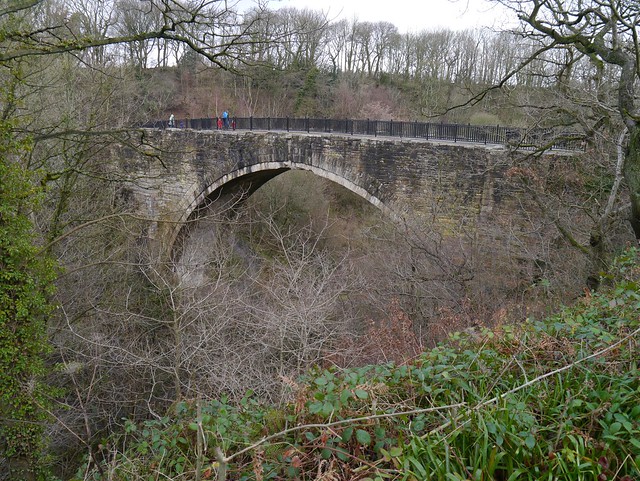 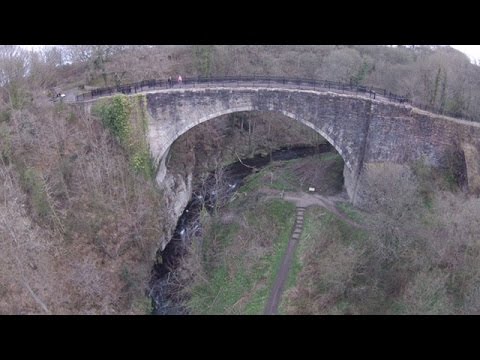 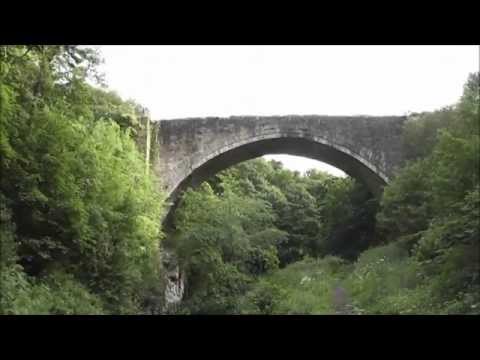 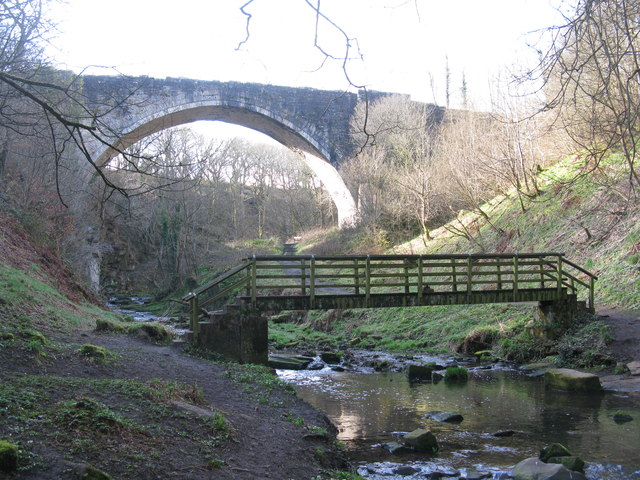 Causey Arch and Footbridge across the Causey Burn

Causey Arch and Footbridge across the Causey Burn