By the 18th Century control of the northern coal trade had fallen into the hands of a cartel of wealthy coal-owning families known as the 'Grand Allies'.

The Liddells and Montagus had already been associated in the working of Blackburn, alias Burdon Moor, Colliery, held by lease of the Bishop of Durham, and had gained possession of a number of royalties, leasing the coal under the freehold lands of Thomas Dawson and William Davison at Tanfield, and of Ralph Clavering, jun., at Causey, and they had begun to construct " at the expense of many thousand pounds "the longest and most remarkable waggonway which had so far been laid down. Besides some large cuttings, the works comprised a huge embankment across the valley of the Beckley Burn, which rendered necessary the making of a drift through the solid rock for the course of the diverted stream, and the building of a stone bridge of a single arch 102 feet in span over the stream higher up, famous as the Causey Bridge or Tanfield Arch. The Chancery case, already quoted, gives a description of the permanent way of the period :

" For the making of waggonways the ground must be made as level as possible, without narrow turnings, and pieces of hard timber or wood called sleepers must be fixed in the ground, and raised some inches from the ground, for the wheels of the waggons to run on, and can be used only by waggons and not by carts."

The engineering features of this remarkable waggonway made it one of the wonders of the district, and Dr. William Stukeley, the eminent antiquary, with his companion Richard Gale, who were in Newcastle during the early part of September, 1725, found it well worth seeing, even after the Roman Wall. Boreale gives an account of the visit :

"We saw Colonel Lyddal's coal-works at Tanfield, where he carries the road over valleys filled with earth, 100 foot high, 300 foot broad at bottom : other valleys as large have a stone bridge laid across : in other places hills are cut through for half a mile together, and in this manner a road is made, and frames of timber laid for five miles to the river side, where coals are delivered at 5s. per chaldron."!

Uniting with George Bowes, who had estates at Maiiey Hill and Hedley, rights over Hedley Fell, and a joint interest in Park Head Colliery, and who had recently purchased a colliery at Shield Row, the Liddells and Montagus came to an agreement on the 27th of June, 1726, " to join some of their collieries and to enter into a friendship and partnership for the purchasing or taking other collieries, and for winning and working of coals thereout, and to exchange benefits and kindnesses with each other, upon a lasting foundation," George Bowes contributing his share of the expense incurred "in making and erecting the bridge called Dawson's Bridge (the Tanfield Arch), and of drifting into and winning the colliery called Mr. Dawson's Colliery." The collieries specified were to be held in thirds from the llth of November, 1726, for a term of 99 years, the coal was to be worked jointly but led to separate staiths and vended distinctly. The partners agreed to pay 5s. a ten a measure consisting in this instance of 46 tons and a few hundredweights to William Cotesworth for all coals led from these collieries, whether conveyed over his lands and to his staiths or not, the undertaking not to open out new collieries or let further wayleaves to any other persons through his manors or lands, or grant staith-rooms to them without the consent of the partners. By this agreement they got the monopoly of the most valuable mineral district in the North of England.

In conformity with the principle which they had adopted of working the collieries on lease and " reserving great parts of those in their own estates for futurity," the Grand Allies extended their waggonway to Beamish South Moor and Shield Row, a distance of eight miles from the river.

The Tanfield Moor coals of George Pitt came on to the line at Bowes Bridge, and practically the whole of the coals from Tanfield and the South Moor District passed over the waggonway to the Tyne.

To accommodate the large quantities of coal that came down the line they were obliged to build large covered staiths at Dunston, and beneath the roofs of these staiths, when the summer's vend was over, they laid as many as 90,000 London chaldrons.

The story of the doings of the "Grand Allies " does not come within the scope of the present work, but it may be mentioned as a point of interest affecting the Tanfield line that, by the famous agreement of January 31st, 1731-1732, entered into by the coal-owners for the regulation of the vend, 108,000 chaldrons were apportioned to the partnership collieries, and 17,000 to Tanfield Moor Colliery :+ thus five-twelfths of the whole computed vend of the port for the year (301,000 chaldrons) must, as a consequence, have passed along the waggonway, or an average quantity of about 400 chaldrons a day.

The immense coal traffic on the waggonway struck Monsieur Gabriel Jars, a distinguished member of the Royal Academy of Science at Paris, when visiting the north of England in 1765, for he recorded the fact that " it was almost always covered with waggons. "

As one waggon only, in consequence of the steep inclines, could be taken down at a time, and the average quantity of coal conveyed daily was probably greater in 1765 than in 1732, the crowded state of the waggonway, consisting as it did of a single line of rails with passing places or " bye-ways " at intervals, must have been very noticeable.

The book is public domain as the copyright has expired.

The chaldron was the measure for coal. The 'Newcastle chaldron' was used to measure all coal shipped from Northumberland and Durham, and there was a different London chaldron for measuring coal in the south east. 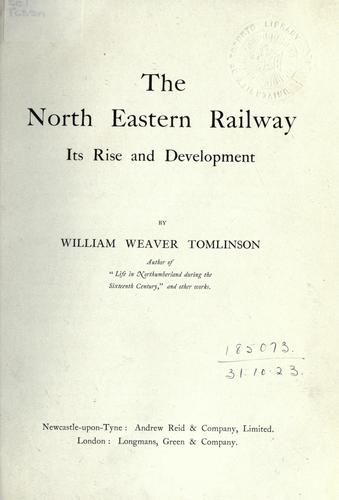 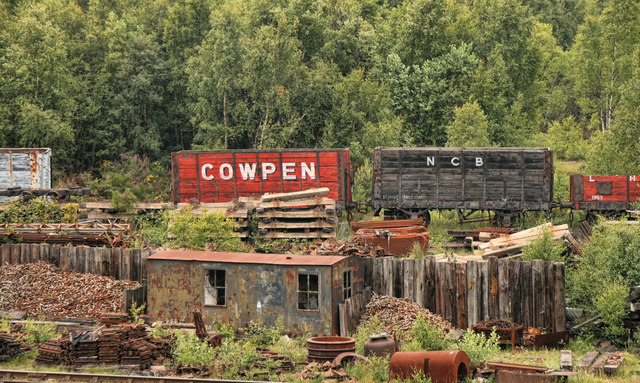 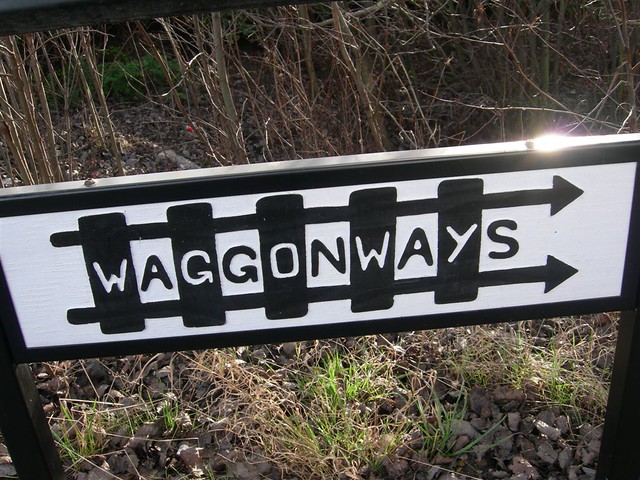 Waggonways
- "In the early 1600s a Nottinghamshire businessman called Huntingdon Beaumont came to Northumberland and laid rails from collieries near Blyth to a shipping point on the coast. His waggonway used ... 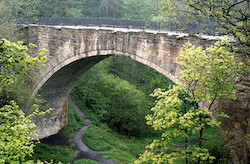 Causey Arch
- Overview History Map Causey Arch bridge near Tanfield was built by the Grand Allies in 1726 and is renowned to be the world's oldest surviving single-arch railway bridge. Horse-drawn wagons ... 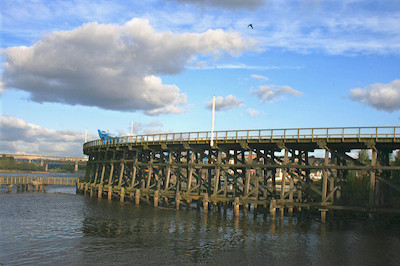 George Bowes (1701-1760)
- Overview About George Bowes Sir George Bowes was a coal proprietor and Member of Parliament. He was born on 21st August 1701 at the Bowes family estate at Streatlam Castle, ... 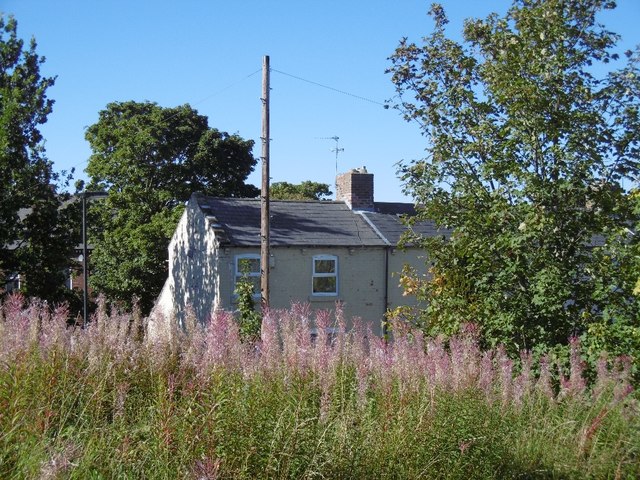 Waggonways
- "In the early 1600s a Nottinghamshire businessman called Huntingdon Beaumont came to Northumberland and laid rails from collieries near Blyth to a shipping point on the coast. His waggonway used ...

Causey Arch
- Overview History Map Causey Arch bridge near Tanfield was built by the Grand Allies in 1726 and is renowned to be the world's oldest surviving single-arch railway bridge. Horse-drawn wagons ...

George Bowes (1701-1760)
- Overview About George Bowes Sir George Bowes was a coal proprietor and Member of Parliament. He was born on 21st August 1701 at the Bowes family estate at Streatlam Castle, ...