Casterton is a village in the South Lakeland district of Cumbria, located by the River Lune and about ¾ mile north-east of Kirkby Lonsdale and 10 miles south-east of Kendal. The village is situated on the A683 road, which in the 18th and 19th centuries was the route of Settle to Sedbergh turnpike road. The Pheasant Inn at Casterton was a former coaching inn on this route and there is also a former toll house near Casterton Golf Course. Holy Trinity Church in Casterton dates from 1833. There are 3 large country houses associated with the Carus-Wilson family who were local land owners; Casterton Hall, Casterton Old Hall, and Casterton Grange. Historically, Casterton was a township in the ancient parish of Kirkby Lonsdale in Westmorland. Today, the village (aka Low Casterton), High Casterton and the surrounding area form Casterton Civil Parish.

Casterton is a small village and civil parish close to Kirkby Lonsdale on the River Lune in the south east corner of Cumbria, England. The population of the civil parish taken at the 2011 census was 425.

The parish is bounded by Kirkby Lonsdale, Barbon, Dent, Leck and Burrow-with-Burrow, and lies just inside the western edge of the Yorkshire Dales National Park: much of the Three Counties System, the longest explored natural cave system in the country, lies beneath it. The western boundary, towards Kirkby Lonsdale, is formed by the river and has one of the finest medieval bridges in the country, one of those known as Devil's Bridge and a local landmark.

The village is situated approximately 5 miles (8.0 km) from junction 36 (Kendal and the Lakes exit) of the M6 motorway, near the intersection of the A65 Kendal to Leeds road, and the A683 which runs up the Lune valley from the port of Heysham to the market town of Kirkby Stephen.

The name of the village hints at a Roman camp, though no evidence of that has been found, but the major Roman Ribchester to Carlisle road runs to the east of the village and a cross-stone was ploughed up and reerected in the 19th century. A stone circle can be seen to the east, on top of a ridge on the flanks of Brownthwaite Pike.

The Ingleton Branch Line of the Lancaster and Carlisle Railway ran through the village before its closure under the Beeching axe in the mid 1960s.

The largest buildings in the village are at Casterton School, a private girls' school. The school was founded in 1820 by William Carus-Wilson as a school for servants and teachers. Carus-Wilson also founded the Clergy Daughters' School three years later at Cowan Bridge, Burrow-with-Burrow. The two schools were amalgamated on the present site in 1833. The Brontë sisters attended the Clergy Daughters' School on its original site and Lowood school in Jane Eyre is based on it.

The village Church of Holy Trinity, was also built under Carus-Wilson and was consecrated on 5 October 1833 by the Bishop of Chester. It was enlarged in 1865 and restored in 1891, and is at present run as part of the 'Rainbow Parish' based in Kirkby Lonsdale, a combination of eight, originally seven, churches.

Casterton has a private 9-hole golf course; an 18th-century coaching inn, The Pheasant Inn; a bus shelter for the weekly bus; and a phone box. 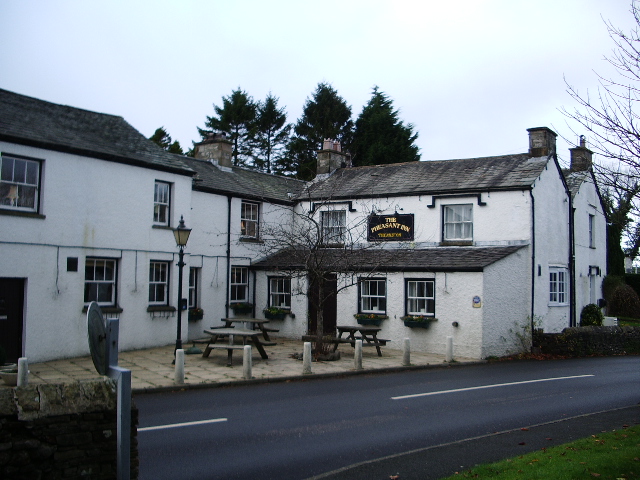 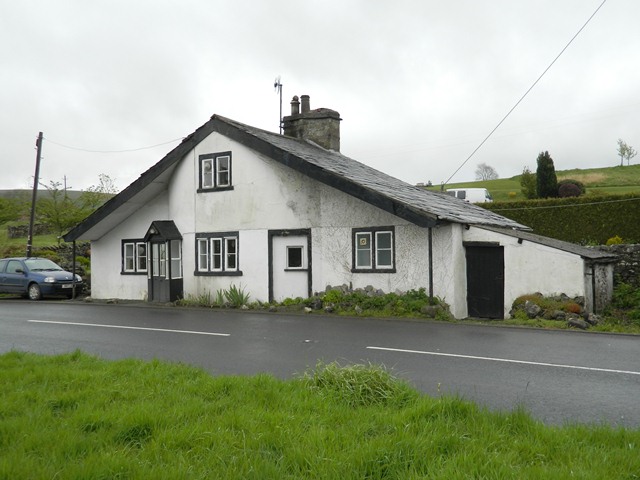 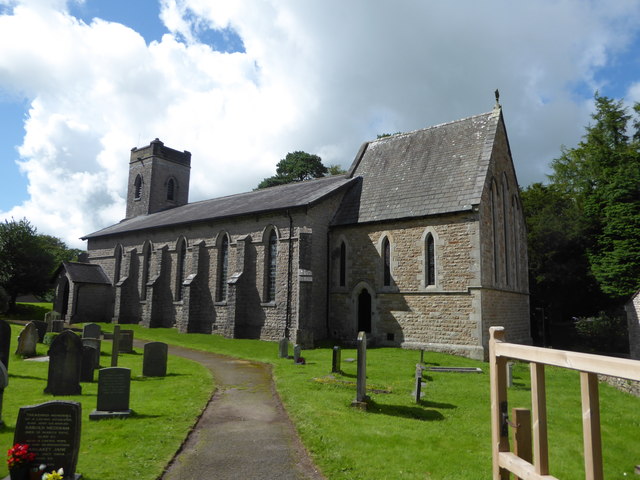 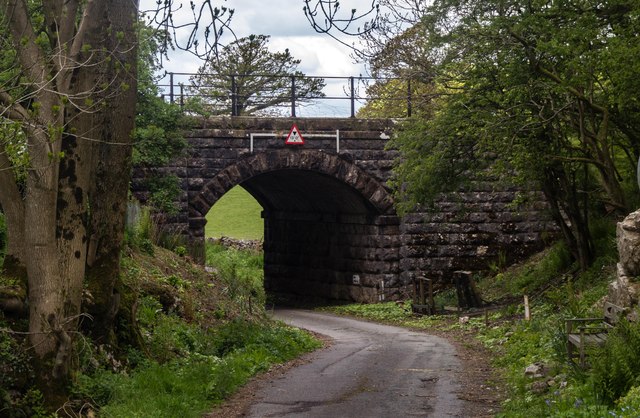 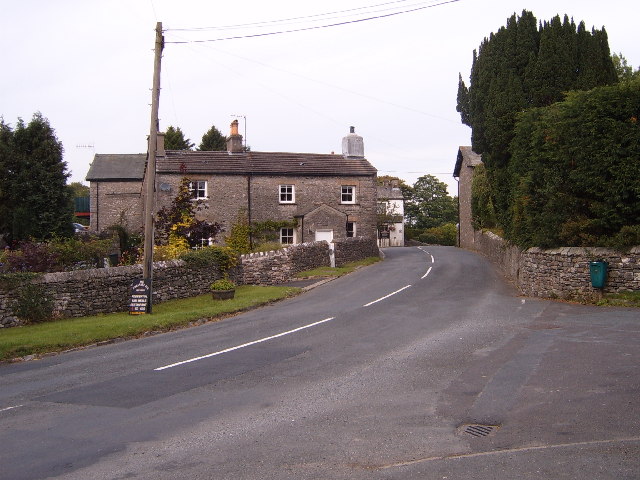 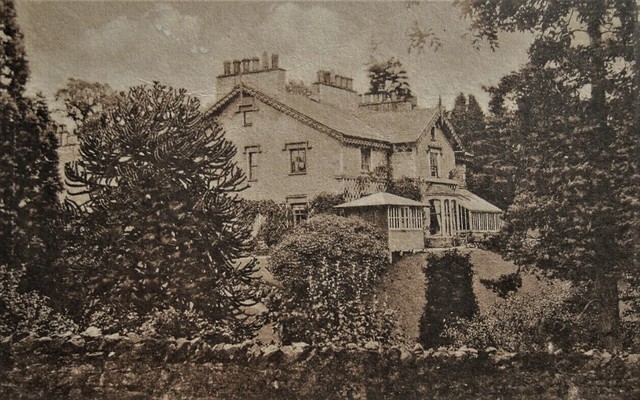 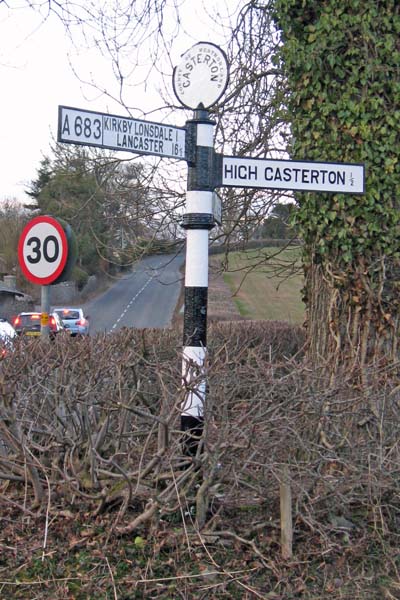 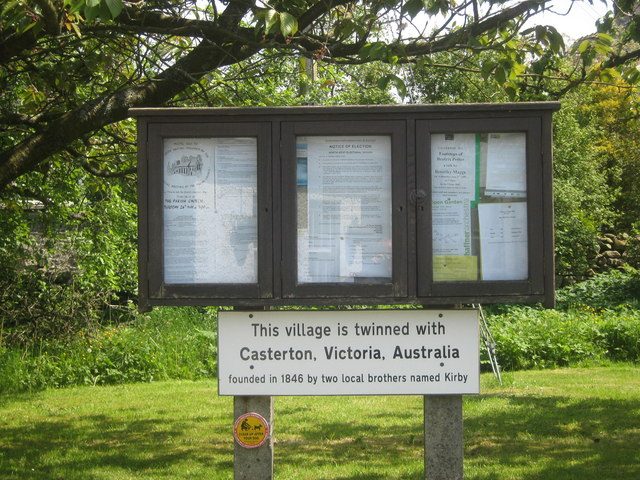 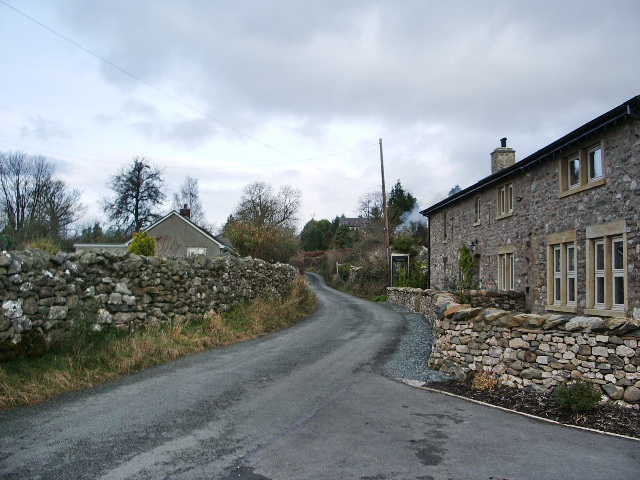 High Casterton
- Overview Map Street View High Casterton is a village in the South Lakeland district of Cumbria, located a short distance south from Casterton (aka Low Casterton) and about &frac12; mile ... 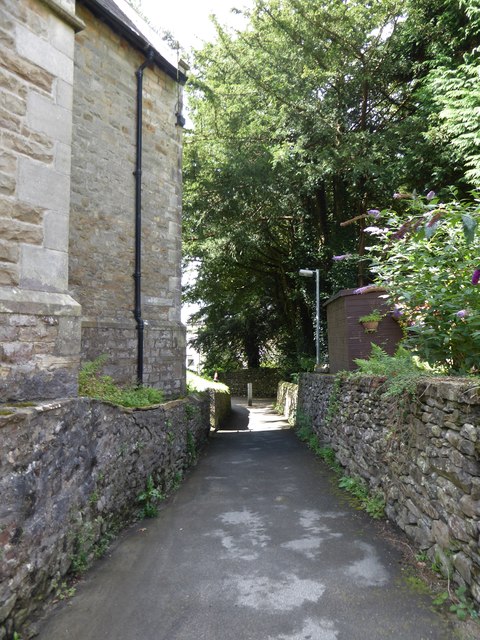 Path from the church to the main road 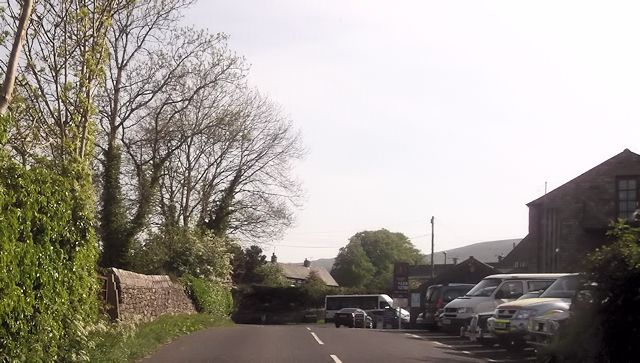 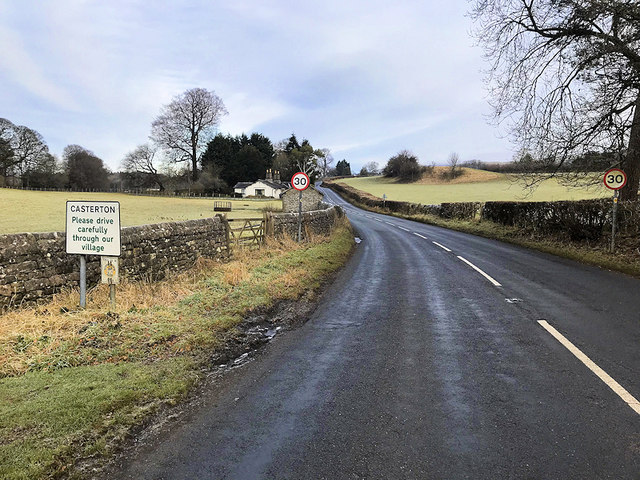 High Casterton
- Overview Map Street View High Casterton is a village in the South Lakeland district of Cumbria, located a short distance south from Casterton (aka Low Casterton) and about &frac12; mile ...

Path from the church to the main road