BOWES (St. Giles), a parish, in the union of Teesdale, wapentake of Gilling-West, N. riding of York, 6 miles (W. by N.) from Greta-Bridge; containing 850 inhabitants, of whom 763 are in the township of Bowes, and 87 in that of Gillmonby. This place, from its situation on one of the Roman military roads, and from the discovery of numerous relics of antiquity (among which was a votive inscription to the Emperor Adrian, on a stone slab used in the time of Camden as the communion-table in the church), appears to have been the site of a Roman station. Most antiquaries have identified it with the Lavatræ of Antonine, where the first Thracian cohort was stationed, in the reign of Severus, and where also, towards the decline of the Roman empire, were fixed the head-quarters of the "Numerus Exploratorum," and their prefect, under the "Dux Britanniæ." At the time of the Conquest, there were still vestiges of a town, which had been destroyed by fire, from which circumstance Camden supposes the present name of the place to be derived; and within the vallum of the Roman fortress, and with part of the materials, a castle was soon afterwards built by Alan, Earl of Richmond, of which there are considerable remains, occupying the summit of an eminence declining on the south towards the river Greta.

The village consists principally of one street, nearly three-quarters of a mile in length; and has long been noted for its boarding-schools, to which numerous pupils are sent from London, on grounds of economy. It is situated near the verge of Stanemore, and on the banks of the Greta, over which, at the distance of two miles, is a natural bridge of picturesque character, called "God's bridge," formed by a rude arch of limestone rock, sixteen feet in the span, and twenty feet in breadth, affording a passage for carriages. Lead-ore, ironstone, and some coal are found in the neighbourhood. A market which was held on Friday, and a fair on Oct. 1st, have both fallen into disuse. The living is a perpetual curacy; net income, £90; patron and impropriator, T. Harrison, Esq. There is a place of worship for Wesleyans. A free grammar school was founded in 1693, by William Hutchinson, who gave an estate now producing £258 per annum, for the instruction of children and for supplying the poor with coal. This place is interesting as the scene of Mallet's pathetic ballad of Edwin and Emma, which has reference to Roger Wrightson and Martha Railton, both of whom, according to the parish register, were interred here in the same grave, March 15th, 1714. 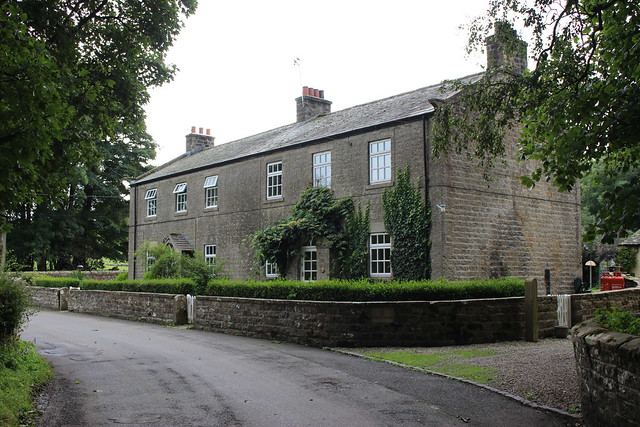 Gilmonby
- Overview About Gilmonby Map Street View Gilmonby is a hamlet on the south banks of the River Greta, located a short distance from Bowes in County Durham. Gilmonby Bridge to ...

Gilmonby
- Overview About Gilmonby Map Street View Gilmonby is a hamlet on the south banks of the River Greta, located a short distance from Bowes in County Durham. Gilmonby Bridge to ...