WEARMOUTH, BISHOP (St. Michael), a parish, partly in the union of Houghton-le-Spring, but chiefly in that of Sunderland, N. division of Easington ward and of the county of Durham, 11 miles (S.E.) from Newcastle; containing, with the chapelries of Ford and Ryhope, and the townships of Bishop-Wearmouth Pans, Burdon, Silksworth, and Tunstall, 27,092 inhabitants, of whom 24,206 are in Bishop-Wearmouth township. This place is on the south side of the river Wear, adjoining the town of Sunderland. It appears to have derived the affix to its name, by which it is distinguished from Monk-Wearmouth on the opposite side of the river, from its having belonged to the bishops of Durham, under whom the rector of the parish still holds the lordship of the manor. The first notice of it occurs during the reign of Athelstan, who, on an expedition against Constantine, King of Scotland, about the year 930, visited the shrine of St. Cuthbert here, on which occasion he restored to the church the possessions of which it had been unjustly deprived, granted to it additional lands, and confirmed to it all its ancient privileges. The township, from its advantageous position, from the rapid increase of the coal-trade, and the numerous manufactories in the vicinity, has greatly advanced in importance and prosperity. It is connected with Sunderland by a spacious and wellformed street, rather more than a mile in length, from which several uniform streets branch off to the north and south, consisting of well-built houses, many of which are of elegant appearance. The streets are paved, and lighted with gas; the inhabitants are amply supplied with water, and very considerable improvements have been made under the provisions of an act of parliament for watching the town during the winter months. Hot and cold baths were established at Hendon, near the sea, in 1800; and in 1821 an establishment of hot, cold, vapour, and medicated baths, was erected in the parish at the extremity of Sunderland Moor. There are also several bathing-machines kept on the sands.

The subscription library of Bishop-Wearmouth, for which a handsome building has been erected in the principal street, at an expense of £1300, by a body of £10 shareholders, contains a collection of about 3000 volumes. The Literary and Philosophical Institution, and the Society for promoting the study of Natural History, which has a valuable museum, hold their meetings in the Athenæum, a Grecian building in Fawcett-street, erected in 1840, at an expense of £5000, by a proprietary, and in which is also a newsroom. The Mechanics' Institute in Bridge-street was established in 1836; attached to it is a good library, with a reading and news room. Among the many improvements that have taken place within the last fifty or sixty years, the most important is the construction of a cast-iron bridge across the Wear, connecting the town with Monk-Wearmouth. It was commenced 24th September, 1793, and completed in 1796, at a cost of £33,400, of which sum £30,000 were advanced by Rowland Burdon, Esq., M.P. for the county, to whom the origin of the undertaking is attributed. The bridge was erected under the superintendence of Mr. Thomas Wilson, of this place, and the ironwork was cast at the foundry at Masbrough, near Rotherham, in the county of York. The arch is 236 feet in span, and 100 feet in height from low-water mark, admitting vessels of considerable burthen to pass under it, without lowering more than their top-gallant masts; the whole weight of the arch is 260 tons, of which 46 are of malleable and the remainder of cast iron, and the piers on which it rests are 42 feet in breadth at the base, 37 feet at the summit, and 24 in thickness.

The parish comprises 8,880 acres, of which 3,280 are in the township: the lands under cultivation are fertile; the surface is diversified with hill and dale, and the scenery in some parts is picturesque. On the side of an eminence called Building Hill, is a quarry of fine limestone, which, on the division of the lands in 1694, was reserved for the use of the copyholders within the manor, on payment of one penny per load as compensation for surface damage. From time immemorial the inhabitants have enjoyed the privilege of bleaching their linen on a piece of ground called the Burnfields, near the road to Durham.

The living is a rectory, valued in the king's books at £89. 18. 1½., and in the patronage of the Bishop of Durham, with a net income of £2899. The tithes of the township of Bishop-Wearmouth have been commuted for £432, and the glebe consists of 159 acres. The church, altered in 1807, mostly on the walls and foundation of the ancient structure, which had existed from the commencement of the 9th century, is a handsome edifice of freestone, with a square embattled tower, and contains 1100 sittings. A district church, dedicated to St. Thomas, was erected in John-street in 1829, at an expense of £5,000, of which £1,260 were raised by subscription, £500 being contributed by Mrs. Woodcock, £200 by Bishop Barrington, £300 by the trustees of Lord Crewe's charity, £100 by the Rev. Dr. Gray, £150 by John Fawcett, Esq., and various small sums by different individuals; the remainder of the cost, £3740, was defrayed by the Parliamentary Commissioners. The edifice is of freestone, in the later English style, and contains 1,000 sittings, of which 700 are free. The living is a perpetual curacy, in the patronage of the Rector; net income, £200. Churches have been erected likewise at Deptford, Ford, and Ryhope. There are places of worship for Baptists, Independents, Primitive Methodists, Methodists of the New Connexion, Wesleyans, Scottish Burghers, Presbyterians in connexion with the Scottish Church, Unitarians, and the Society of Friends; also a Roman Catholic chapel, and a Jews' synagogue. An infirmary, combined with a dispensary, is supported, for which an appropriate and handsome building was erected in 1822, at a cost of £3,000. The Sunderland and BishopWearmouth Maritime Institution was founded and endowed in 1820, by Mrs. Elizabeth Woodcock, for ten widows, or unmarried daughters, of master mariners, who have each an annuity of £10. Some almshouses were built in Church-lane, and endowed under a bequest from Mrs. Jane Gibson in 1725, for twelve poor women, each of whom receives a half-yearly payment of £5. 9. 6., arising from funds purchased with the bequest, after paying the cost of the building. There are also almshouses on the Green, built by the Rev. John Bowes, rector of Bishop-Wearmouth, in 1712, for twelve persons, and endowed in 1725 with £100 by Mr. Thomas Ogle. 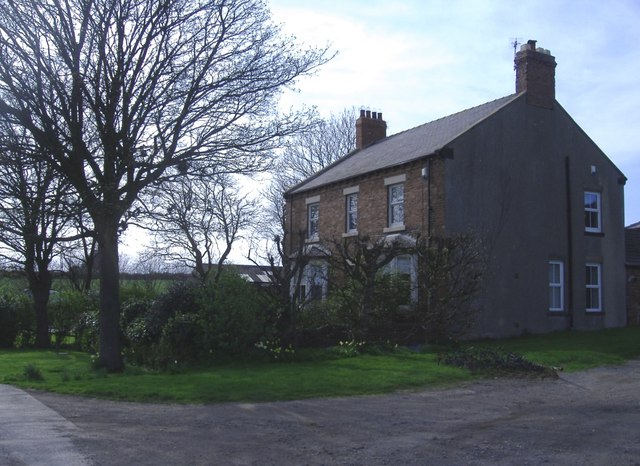 Burdon
- Burdon is a village in the City of Sunderland, located to the south of the city centre. The hamlet of Old Burdon is located a short distance to the south-west ...

Ryhope, 1848
- RYHOPE, a chapelry, in the parish of BishopWearmouth, union of Sunderland, N. division of Easington ward and of the county of Durham, 3 miles (S.) from Sunderland; containing 868 inhabitants, ...

Silksworth Township, 1848
- SILKSWORTH, a township, in the parish of BishopWearmouth, union of Houghton-le-Spring, N. division of Easington ward and of the county of Durham, 3 miles (S.W. by S.) from Sunderland; containing ...

Burdon
- Burdon is a village in the City of Sunderland, located to the south of the city centre. The hamlet of Old Burdon is located a short distance to the south-west ...

Ryhope, 1848
- RYHOPE, a chapelry, in the parish of BishopWearmouth, union of Sunderland, N. division of Easington ward and of the county of Durham, 3 miles (S.) from Sunderland; containing 868 inhabitants, ...

Silksworth Township, 1848
- SILKSWORTH, a township, in the parish of BishopWearmouth, union of Houghton-le-Spring, N. division of Easington ward and of the county of Durham, 3 miles (S.W. by S.) from Sunderland; containing ...