Wynyard Park, sometimes known as Wynyard Hall is a large country house in County Durham, England. The house used to be the family seat of the Vane-Tempest-Stewart family, Marquesses of Londonderry, an Anglo-Irish aristocratic dynasty, but it was sold in the 1980s.

Designed by Philip Wyatt and built 1822-28, the entrance front has 13 bays with a 6-column giant Corinthian Portico. The Entrance Hall looked like that of Mount Stewart, the family's estate in Northern Ireland. It has a coffered segmental tunnel vault with apses at both ends and in the middle. There was a large crystal chandelier suspended from the ceiling. The main octagonal centre hall extends the full height of the house and has a dome with caryatids around it and a skylight. There is also a mirrored Drawing Room with a gilded and painted ceiling, and a vast ballroom similar to that of the family's London residence, Londonderry House.

The family wing of the mansion was nicknamed the Dukes Wing as it was named after the Duke of Wellington and his visit. This side of the house also held the Duke's Gallery, where the family housed their famed art collection when not in London.

Many statues adorn the grand entrance court outside the house/hotel and a wide path leading to an obelisk. This, high, commemorates the arranged visit of the national hero the Duke of Wellington who served as Prime Minister to the house and the area in 1827.

At its height in the 19th century, the Wynyard Estate occupied (28 km²) in Teesside.

The mansion was started by Benjamin Wyatt and completed by Philip Wyatt for the third Marquess of Londonderry, a famous coal magnate and founder of Seaham Harbour. The Marquess spent £130,000 () to build and furnish the House. In 1841, just as the mansion was being completed, a fire broke out and gutted the house; it was later restored and remodelled by Ignatius Bonomi.

There had been a house on the site since the Middle Ages, and the 3rd Marquess incorporated parts of an earlier 18th century building into his house.

In the 19th century, George Vane-Tempest, who became Earl Vane in 1854 and the 5th Marquess of Londonderry in 1872, owned vast estates: in Ireland and in England and Wales; he also sat in the House of Commons as a Member of Parliament for 26 years.

Upon the death of the 5th Marquess in 1884 his eldest son, Charles, became the 6th Marquess; it was the 6th Marquess's wife, Lady Londonderry, who was the model for the famous Lady Roehampton in Vita Sackville-West's The Edwardians.

The estate remained in the Londonderry family until 1987, though it was let as a training school for teachers from 1945 until 1960, during which time it lost most of its original contents through sales and breakages.

The estate was sold in 1987 to Sir John Hall, along with . Hall spent £4,000,000 to restore the house, hiring Rupert Lord to oversee the restoration; he later moved his company headquarters, as well as his home, into the mansion. The estate, comprising the house and of parkland, was listed for sale in July 2002 for £8,000,000. It is now a four-star hotel owned by the Hall family continuing to occupy a small portion of land.

The Prince and Princess of Wales (later King Edward VII and Queen Alexandra) were frequent visitors to Wynyard. As King, Edward presided over a meeting of the Privy Council there in 1903 — the first time the Council had met in a house belonging to a subject since 1625.

There are three areas of housing development - approximately 800 properties in all - within the former Wynyard Estate: Wynyard Village, Wynyard Woods and Wynyard Park all south of the A689 road.

There is a successful golf club on Wellington Drive.

Some land north of the A689 has been acquired by Chris Musgrave (a Hartlepool businessman). For a time Wynyard Park was used in business by Samsung. Plans to build an eco-friendly housing and parkland have been Council-approved. They include 2000 houses, a 3* hotel, and a 5* modern business hotel. An early-stages plan to build a £464 million hospital on the site has been abandoned. 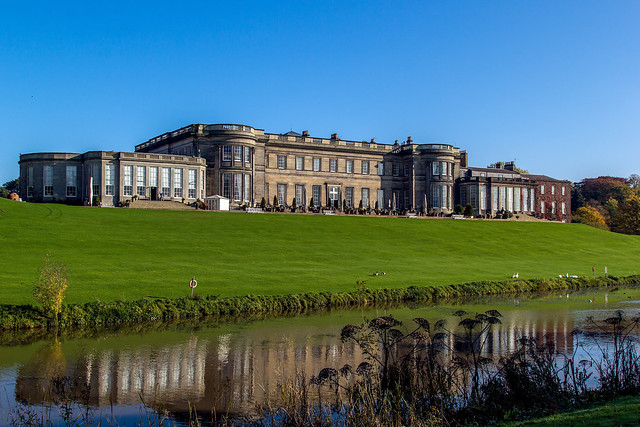 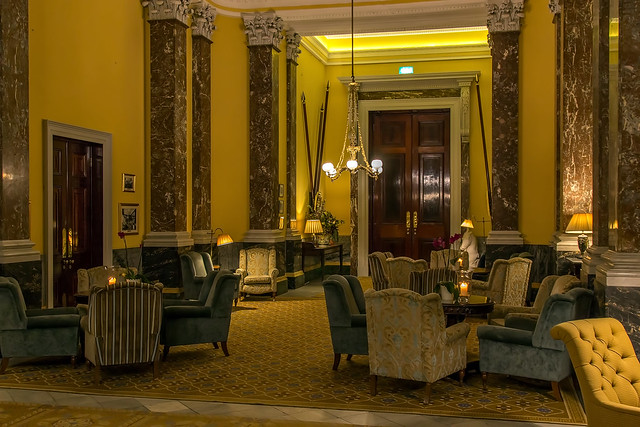 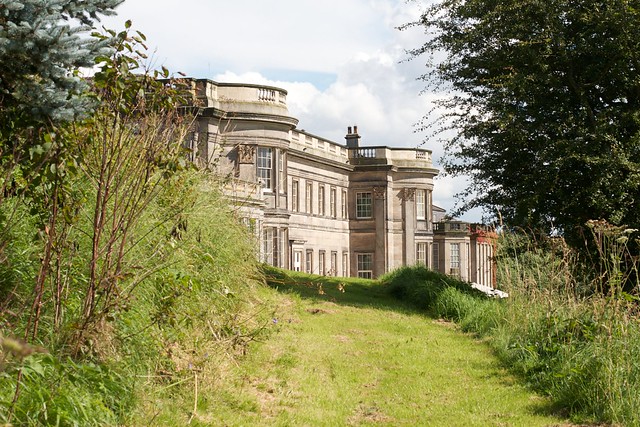 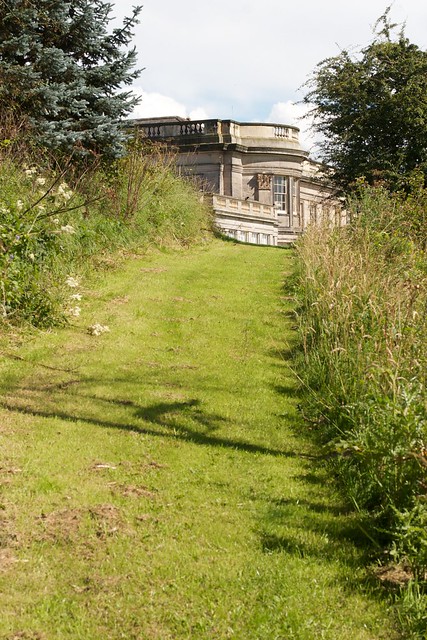 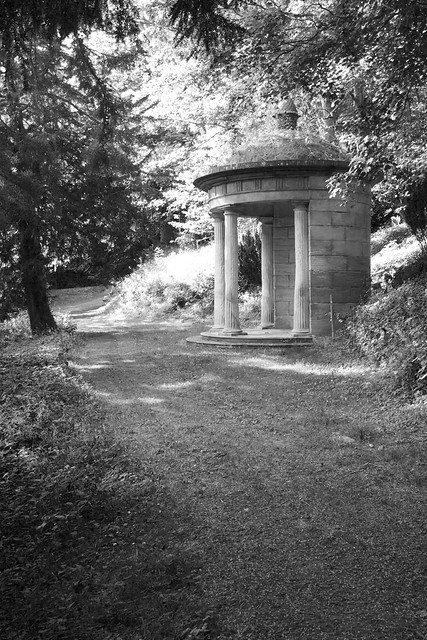 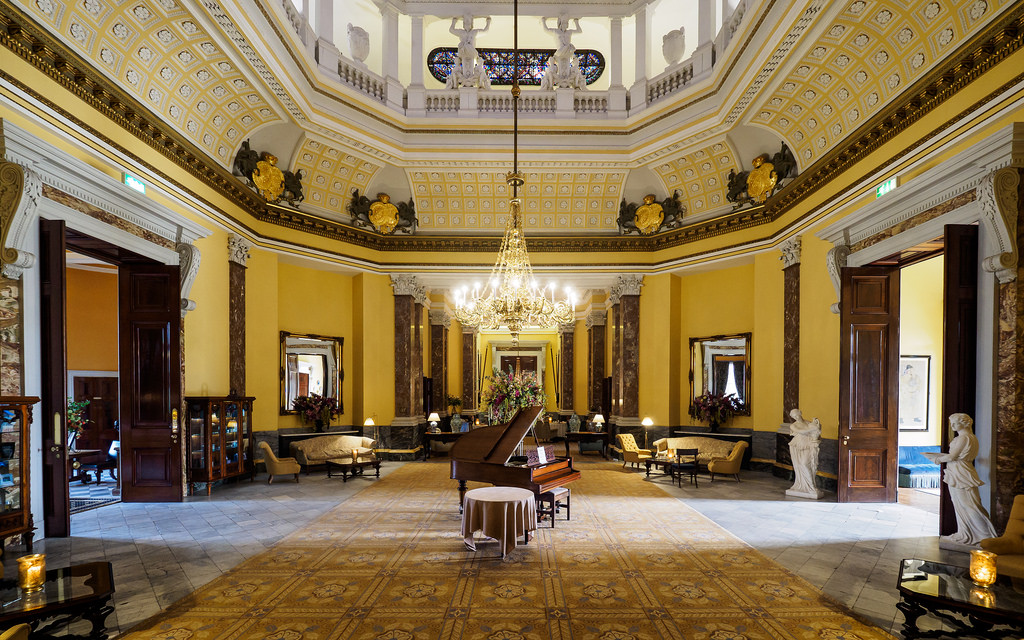 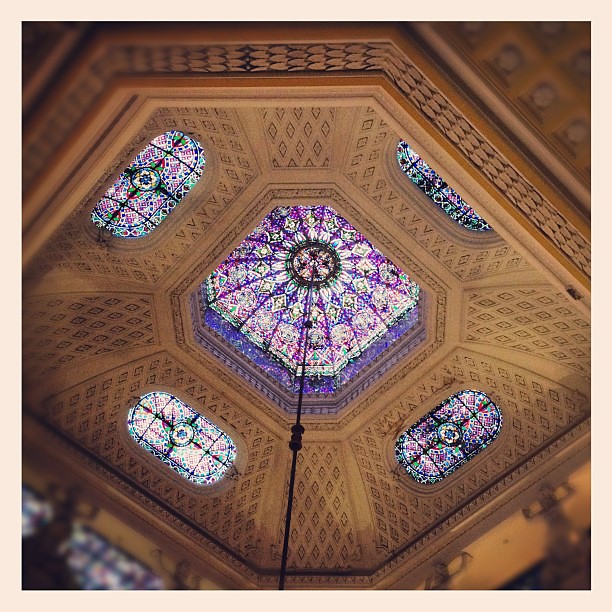 Wynyard hall; scene of the most spectacular wedding in the world!

WYNYARD HALL - List Entry
- "1822-41 by Benjamin Wyatt for the third Marquess of Londonderry. Interior gutted by fire in 1841 and remodelled later, but original hall remains with coffered barrelled ceiling and apsidal ends ...

Wynyard hall; scene of the most spectacular wedding in the world!

WYNYARD HALL - List Entry
- "1822-41 by Benjamin Wyatt for the third Marquess of Londonderry. Interior gutted by fire in 1841 and remodelled later, but original hall remains with coffered barrelled ceiling and apsidal ends ...