The War Memorial in Harraby is located on London Road by Harraby Bridge. The memorial was unveiled on the 2nd of October 1921 in a service attended by H.K. Campbell, the Mayor of Carlisle. The memorial commemorates 23 local men who lost their lives in the First World War. It has a plaque for Lieut. Joseph Henry Collin who was posthmously awarded the Victoroa Cross: "Lived at 8 Petteril Terrace, Harraby, Carlisle.  Killed in action in France 9-4-18. Awarded the VC for heroic gallantry in battle at Givenchy. He gave his life under fire to save his men. He disabled an enemy machine gun nest then amd kept shooting to enable his men to escape to safety. He sustaimed head wounds and died shortly after. A street in Carlisle is named in his honour." The memorial also commemorates a local soldier who lost his life in the Korean War (1950-1953).[1] 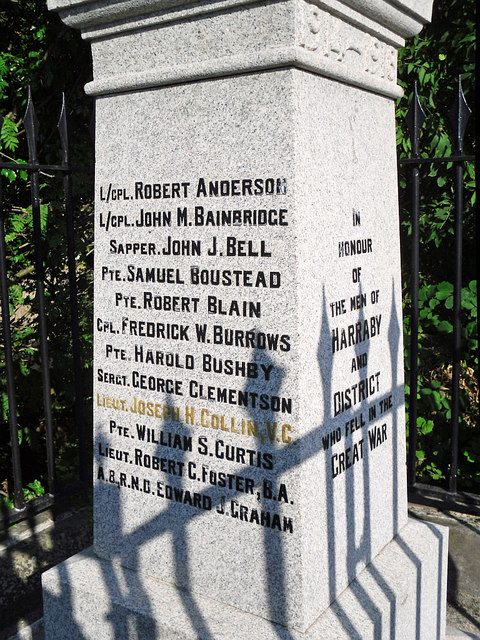 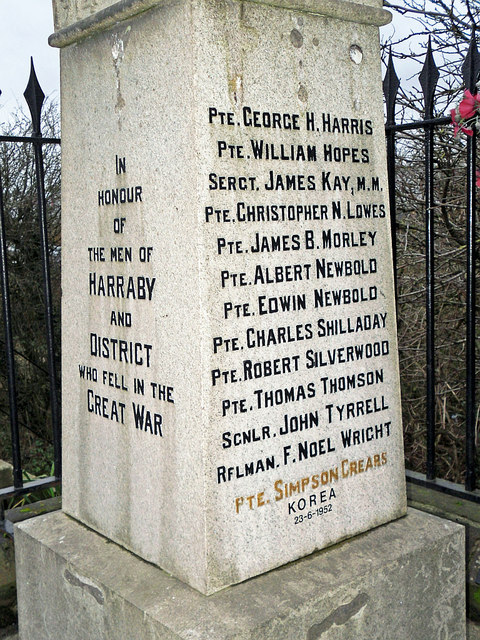 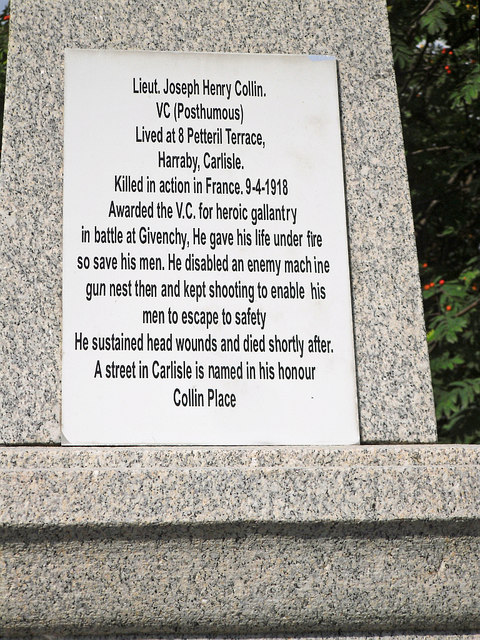